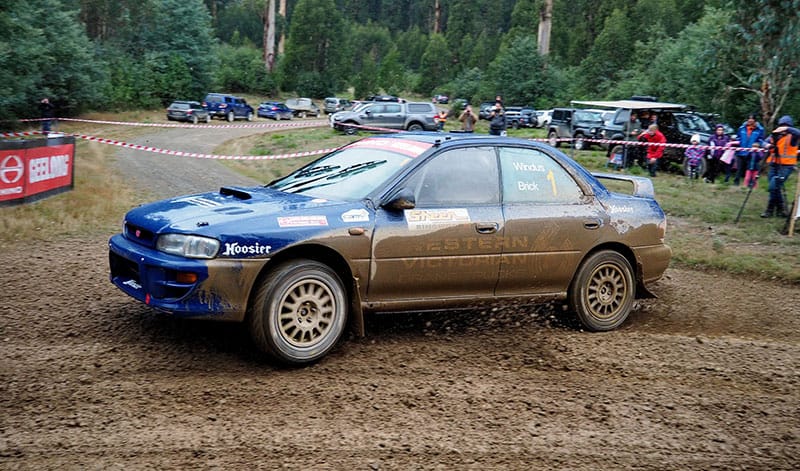 Ballarat’s Arron Windus has dominated round three of the Victorian Rally Championship, taking victory by over five and a half minutes.

Based in the picturesque Yarra Valley, the Marysville Stages Rally was held in cold, wet and slippery conditions that proved perfect for Windus’ four-wheel drive Subaru.

Having driven a Mitsubishi Lancer in the first two events of the season, Windus switched to his father’s Subaru for round three, and it proved to be a good move.

“It was fantastic to get back into the Subaru – it was like putting on an old glove, but with more horsepower,” Windus said.

“The Subaru may be a 20-year old car, but has all the new technology in it and is much lighter than the Mitsubishi.” 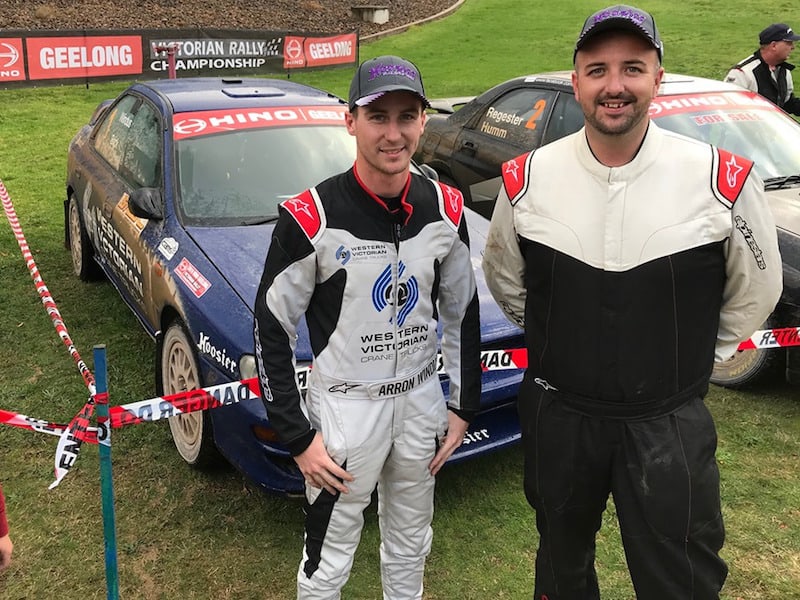 Arron Windus (left) and Daniel Brick after their win in the 2019 Marysville Stages.

Up to 40 per cent of the rally route was shrouded in fog, making driving conditions even more tricky, but once he established a lead, Windus was able to ease off a little.

“Once we’d established a good lead we were able to leave a bit more room for error,” he added.

“We still pushed hard to maintain our pace, but having a big lead made things a little easier.”

Windus’ final winning margin was 6 minutes and 25 seconds over another Subaru, driven by Wayne Stewart, with Warren Lee’s Mitsubishi Lancer in their place.

“A huge thank you to our mega team, Activ Rallysport, for the hard work keeping us straight and tuned up,” Windus said.

“Our Hoosier Tires were mega and I was extremely impressed with the durability and performance with the conditions we faced.

“I can’t thank Dad enough for lending me his pride and joy for the event and giving me another crack at gaining some points.

“Dan was awesome all day, keeping me smooth and on top of everything.”

The win puts Windus and Brick back into the top five of the Victorian Rally Championship standings, with the next event to be held north of the border, in Batemans Bay on the NSW coast, on June 29.