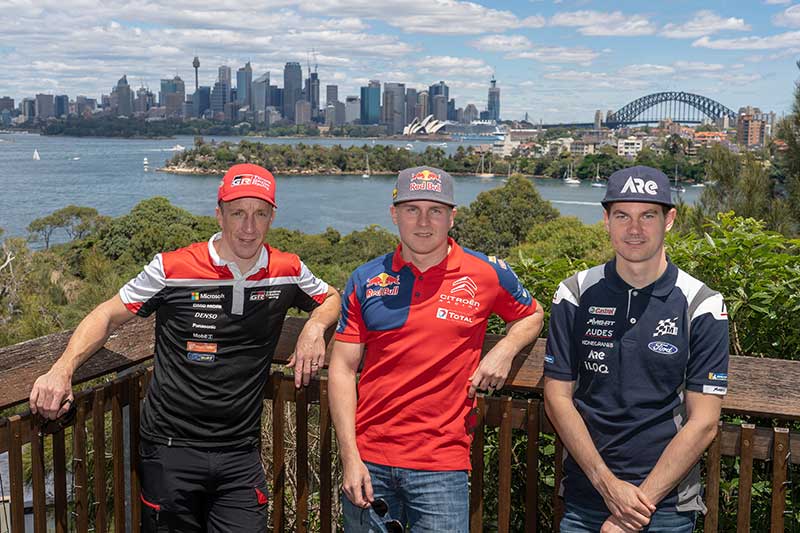 Stars of the FIA World Rally Championship have marked their arrival in Australia ahead of next weekend’s final round – the 2019 Kennards Hire Rally Australia – by visiting Sydney’s famed Taronga Park Zoo.

Toyota’s Kris Meeke (Northern Ireland), M-Sport Ford’s Teemu Suninen (Finland) and Citroёn’s Esapekka Lappi (Finland) cosied up with a number of native Australian animals at Taronga Park Zoo’s Institute of Science and Learning, before travelling on to Coffs Harbour to begin their preparations for the rally, which starts on Thursday.

With Estonian Ott Tänak securing the drivers’ title in the 2019 FIA World Rally Championship at the penultimate rally in Spain, Kennards Hire Rally Australia will see the fight for second intensify with Neuville fending off Citroёn’s six-time champion Sébastien Ogier for runner-up by 10 points. 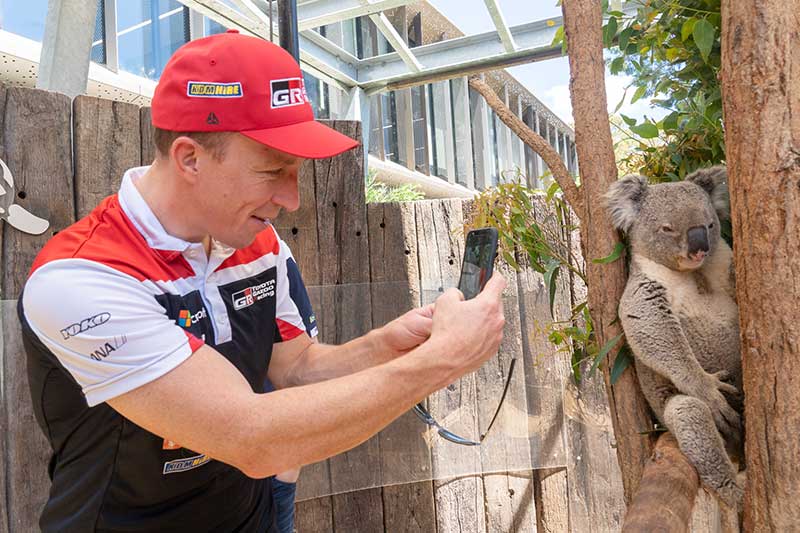 Toyota Kris Meeke gets a happy snap of an Aussie koala. 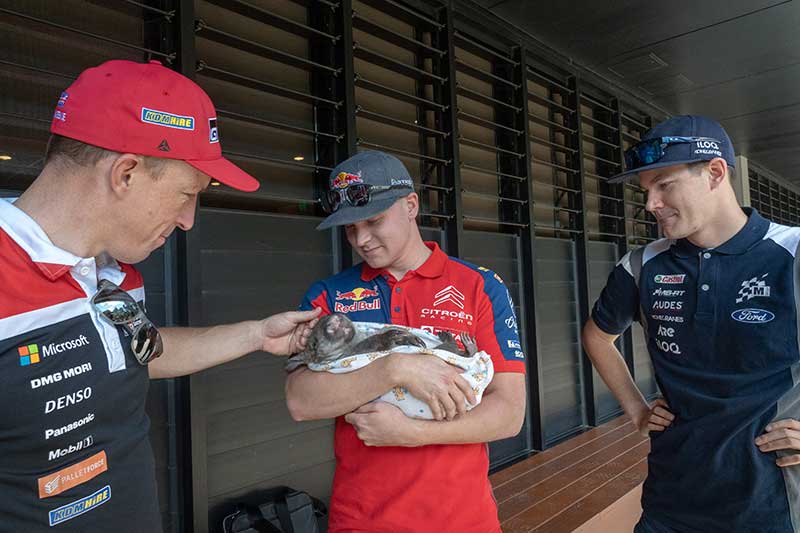 Meeke, Suninen and Lappi sit sixth, ninth and 10th in the standings heading into the final event. Drivers also will fight for the prestigious manufacturers; championship, where Hyundai currently leads Toyota in the standings.

“Rally Australia officials’ thoughts are with the NSW community, especially the people who have lost loved ones, livelihoods and homes as a result of the fires in northern NSW. Public safety is our uppermost consideration in planning for Rally Australia on the Coffs Coast next week,” an event press release said today.

“Rally Australia is consulting with emergency services, authorities and the local community about the evolving situation.

“We hope to stage the final round of the 2019 FIA World Rally Championship, although it may be on a significantly shortened course.”