Attacking from the start, Hoy and Stean showed their talent, steering their Mitsubishi Evo 6 to a small early lead in the event, setting two fastest stages times.

However, managing the lead from a threatening Glen Brinkman and Harvey Smith (Mitsubishi Evo 9) meant that it was full throttle all the way to the end of the final stage.

Brinkman and Smith came away with second outright with only a five second deficit. 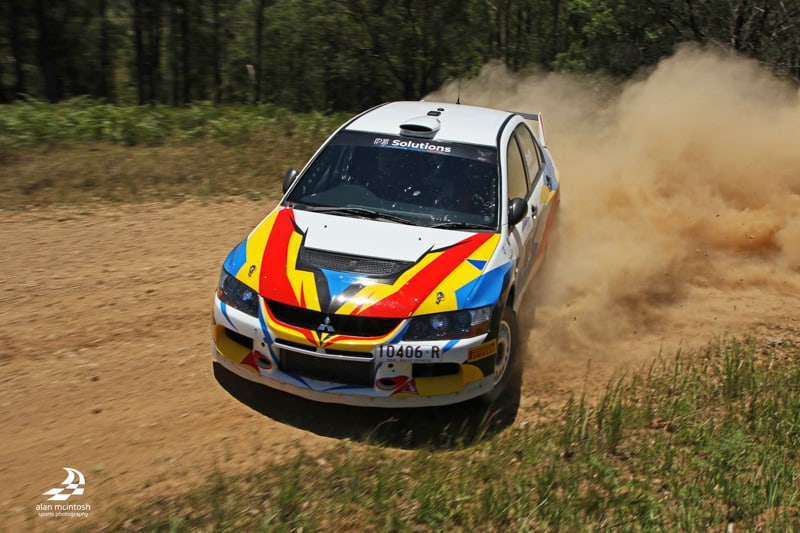 To finish off the podium was a very happy Garry Yeomans and Kam Baker in their Mitsubishi Evo 3.

The township of Woodenbong, in Northern NSW, was the location for the Pheonix Homes Yowie Country Rally, hosted by the Gold Coast Tweed Motorsporting Club.

It was a short-course event using 60km of stunning shire roads for a two stage loop, totaling eight stages. 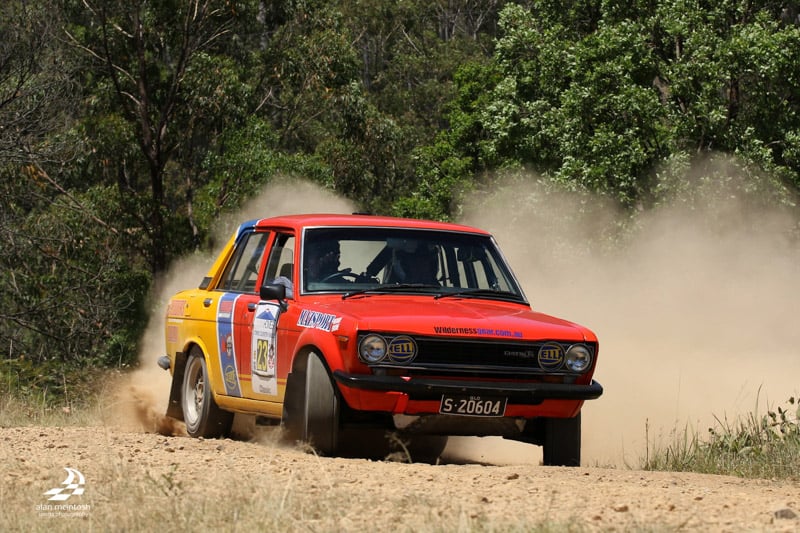 The 25 entries from both Queensland and NSW were a diverse field, ranging from classics to modern rally cars, and beginners to state champions.

Many rally families were present and supportive to the teams, making it a great day out for all, with even an appearance from the elusive Yowie adding to the fun.

For the class awards, Neill Woolley and Ryan Williams won 2WD up to 1700cc in “Lucky” the Hyundai Excel, while Mark Fitton and Carol Fitton won 2WD 2101cc and over in their impressive Holden Commodore Ute.

The winner of Classic class was the popular Toyota Celica RA40 of Clay Badenoch and 14-year old daughter Ella, in her first event.

The hotly contested 4WD class was taken out by the outright winners, Hoy and Stean. 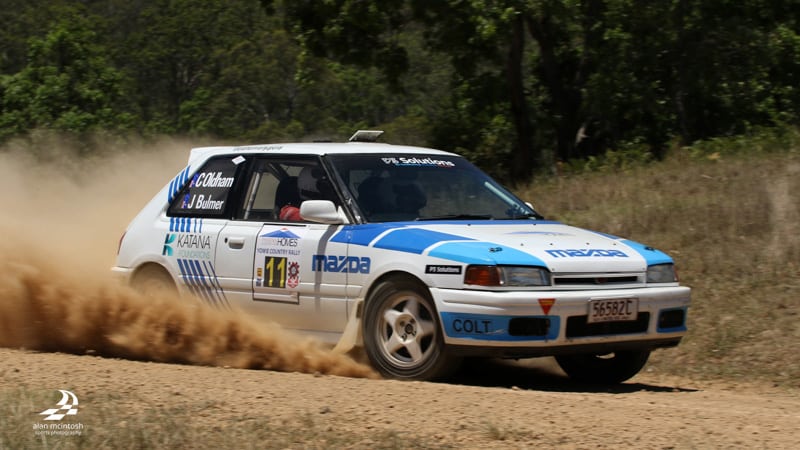 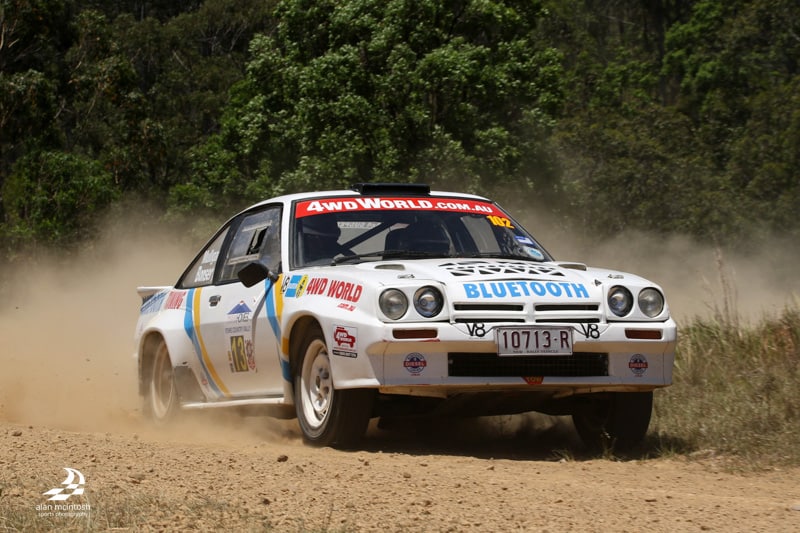 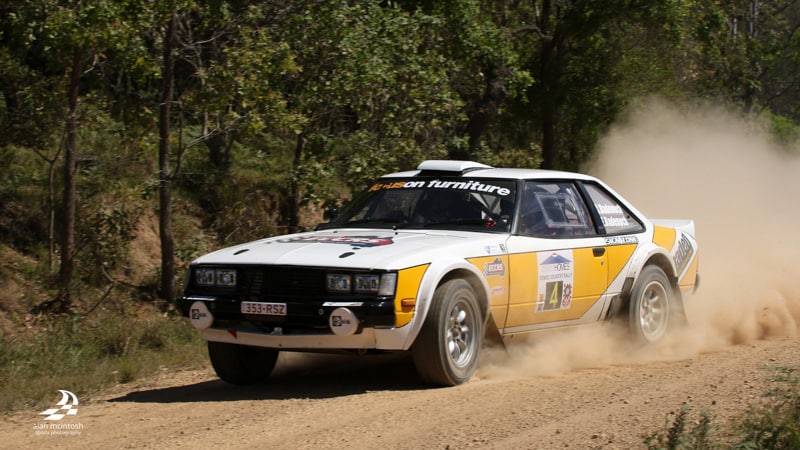 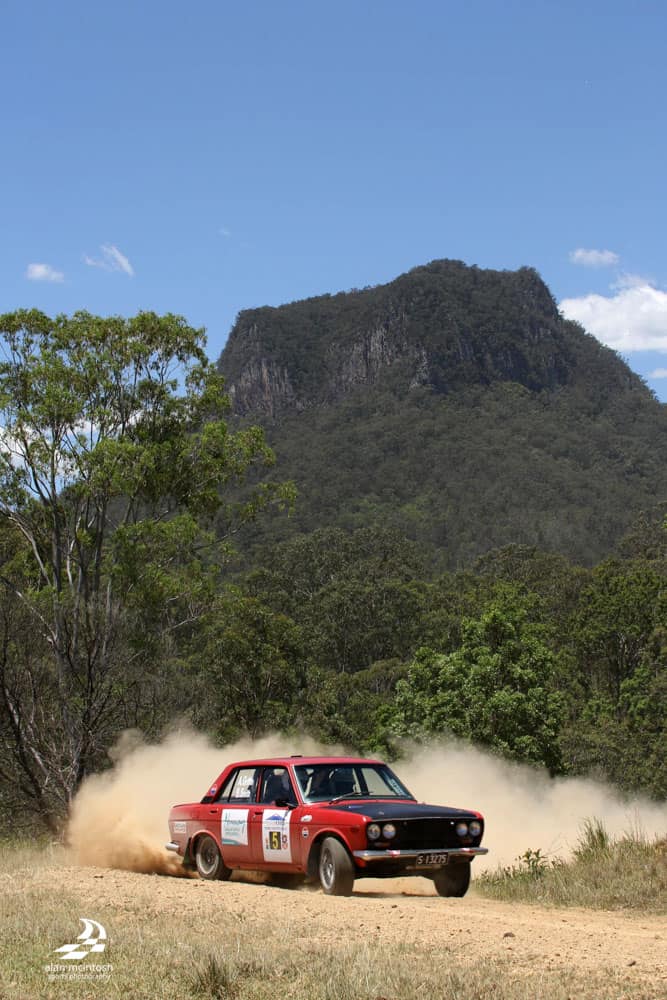