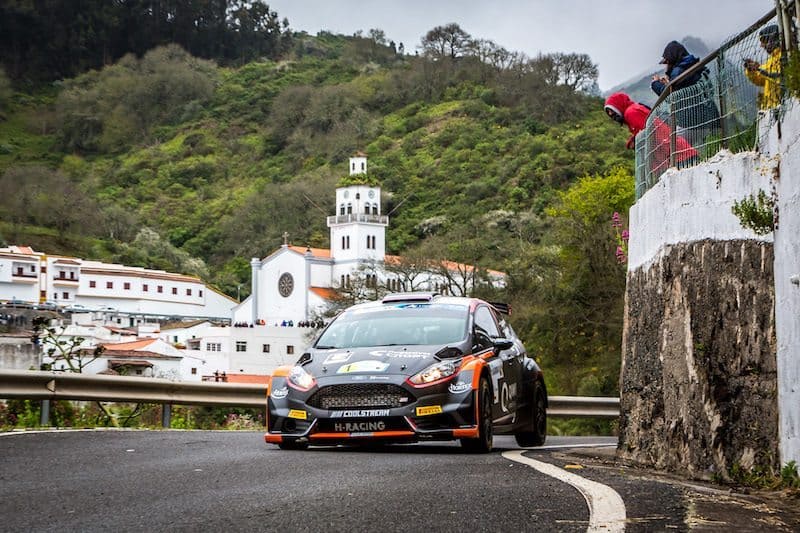 Alexey Lukyanuk on his way to victory at the Rally Islas Canarias. Photo: ERC

In doing so they have become the first crew since Luca Rossetti and Matteo Chiarcossi in 2011 to win the first two events of an ERC season, a result that enables them to extend their title advantage in their Pirelli-equipped Russian Performance Motorsport Ford Fiesta R5 on the back of 10 stage wins from 14.

“We were winning a lot of stages and showing good confidence. We had some worries that the young drivers here would push really hard but we managed to do a good job, the weather was okay for us, the starting position was very clever and helped us to maintain a good speed.”

“Thanks to Pirelli for tyres, everything worked well with no big problems so quite good for us,” he added. 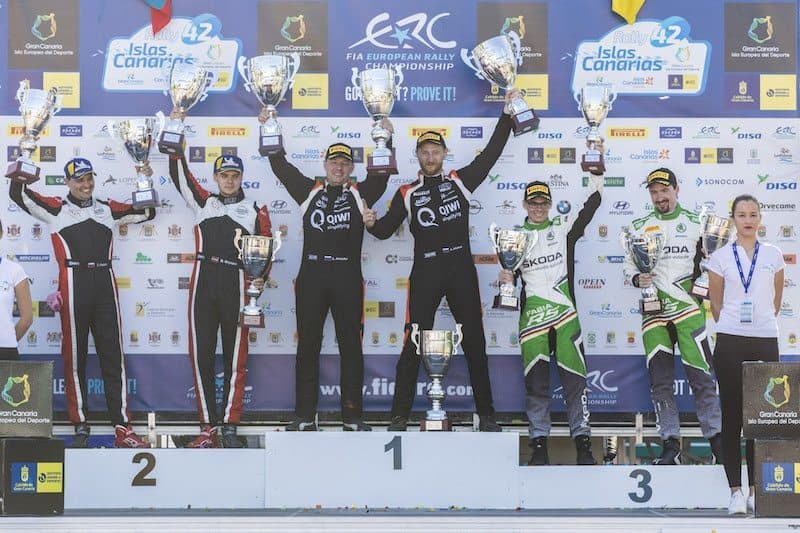 Lukyanuk stands atop of the podium. Photo: ERC

Nikolay Gryazin and Yaroslav Fedorov landed the ERC Junior Under 28 spoils in style in second overall with a deliberately “calm” approach. After winning the Qualifying Stage on Thursday, they claimed two more stage bests in their Sports Racing Technologies ŠKODA Fabia R5, which ran on Michelin tyres.

Behind Gryazin, a late turn of speed decided an epic battle for the final podium position between ERC Junior U28 drivers Fabian Kreim and José Suárez.

Kreim had edged ahead early on today after taking third place on Friday night, and though Suárez, in a Hyundai Motor España i20 R5, retaliated just before midday service, ŠKODA AUTO Deutschland-backed Kreim confirmed his first ever ERC podium finish with a storming drive through the rally’s final stage. 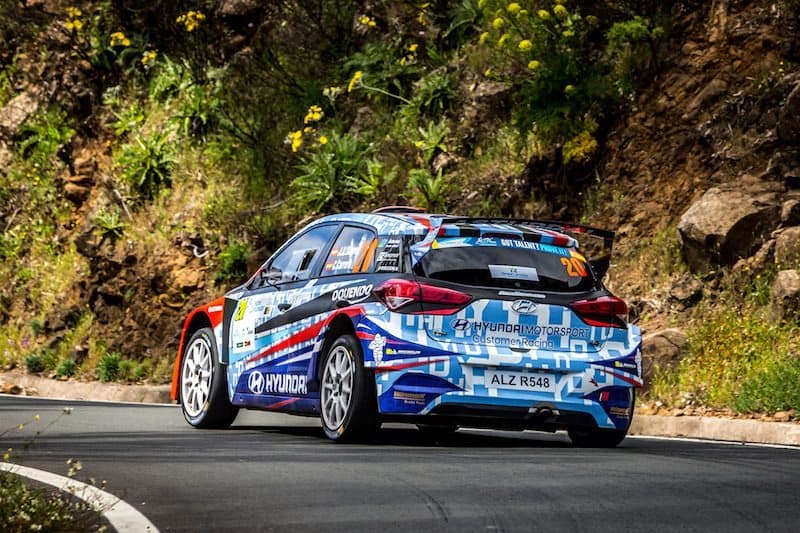 Diogo Gago made it two ERC Junior Under 27 wins from two starts following a thrilling battle with Mārtiņš Sesks, which had been a three-way scrap in the Pirelli-supported category until Efrén Llarena crashed heavily in his Rally Team Spain entry this morning, fortunately without injury to neither he nor co-driver Sara Fernández.

Tibor Érdi Jr recovered from his Azores Airlines Rallye exit to dominate ERC2 by going fastest on all but one stage, and with round one winner Juan Carlos Alonso failing to finish due to a technical issue, Érdi Jr’s title defence is back on track, despite a throttle fault causing him to stop three times on the last run to make emergency repairs.

Championship newcomer Florian Bernardi claimed the ERC3 victory in his Renault Clio, while Canary Islander Emma Falcón took the ERC Ladies’ Trophy spoils ahead of Catie Munnings, who overcame a late scare when a sensor issue struck nearing the finish of the final stage.