2017 NZRZ to feature 10 makes for round one - RallySport Magazine 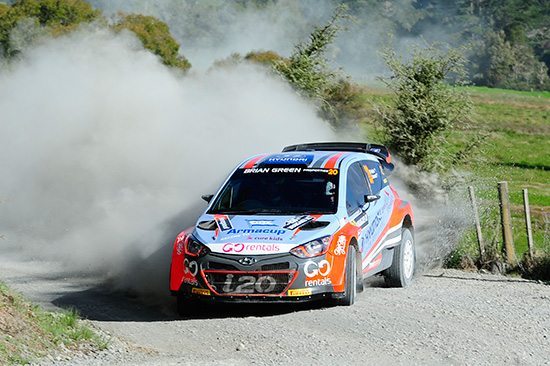 Round one of the 2017 New Zealand Rally Championship looks like featuring a staggering 10 different brands of car as the series goes from strength to strength.

Ten different makes will be on the start line for the 2017 NZRC. (Photo: Geoff Ridder)In an interview to appear in the November issue of RallySport Magazine, NZRC co-ordinator, Simon Bell, said that another manufacturer had also started work on an AP4 chassis last week.

“We have more manufacturers involved than a few years ago and the level of support ranges for each manufacturer. But the great thing is they are supporting competitors and helping the sport grow,” Bell said.

“There are also some other brands that have chassis’ that need a driver/funding, so the potential is for more.

“The AP4 chassis opens up exciting avenues for the car brands, plus the Group N+ cars are still able to foot it with them, as Ben Hunt, David Holder, Sloan Cox and Dylan Turner proved this year.

“To say 2017 is exciting is an understatement,” Bell added.

The 2017 NZRC calendar is expected to be unveiled by the end of October. Until the Asia-Pacific Rally Championship dates are announced, including the Rally of Whangarei, the NZRC calendar is in limbo.