Chris Nixon is one of the unsung heroes of Rally Australia, working behind the scenes on a world class event. As the event Media Manager, he's the man who writes the press releases and ensures the event gets worldwide coverage. It's a tough job, made even harder by the ever-changing media landscape. In our latest '5 Minutes With' he explains it's pretty much a a 24/7 job. RSM: What's your background in the media, and in particular, motorsport and rallying? Chris Nixon: I’ve been in journalism for 55 years and really only the second part of that has been in motoring and motorsport. I was a senior editor for Reuters and Australian Associated Press news agencies, working in London, Sydney and Vietnam and before that worked for several newspapers. Later I joined Murray Publishers, a division of Packer’s ACP, and was executive editor of magazines including Wheels, Motor, Overlander and Sports Car World. I then went freelance as a motoring writer and publicist, holding the media management roles for the Gold Coast Indy, PROCAR Australia, the Volvo Dealer Team, Brisbane International Motor Show and quite a few others. Working on the International Rally of Queensland led in 2008 to the current role at Rally Australia. I am of course a lifelong motorsport enthusiast, but in this business I consider myself above all a journalist. I’ve competed a little and am slowly restoring an ex-race Fiat Abarth 1000TC. 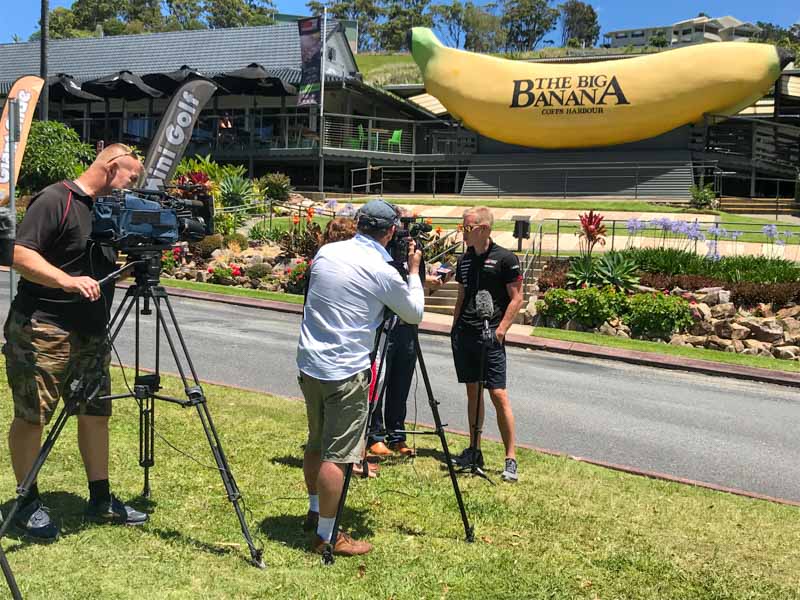 The job of a WRC event media manager must be a complicated one. What does it involve? Obviously, the primary role is to publicise Rally Australia and encourage spectator attendance. But to do that also requires publicity and education about the WRC and rallying, which have relatively low profiles in Australia. I push out information by various means and encourage and assist media outlets to publish it. I work with our publicity, social media, website and other media specialists to plan and implement our strategies and create ideas and content. I liaise with my opposite numbers at WRC Promoter and in the manufacturer teams. On-event, we host up to 250 domestic and international media representatives, which means organising their accreditation via the FIA and providing a media centre (Rally Australia’s media centre has been praised by users as the best in the WRC). We also operate Rally Australia’s own mini-newsroom with 10-12 people producing stories, stage-end reports, photos, videos, social media content and broadcast-quality footage for distribution around Australia and overseas. Presumably you're in a privileged position of knowing a lot of the goings on around the event and the WRC, but aren't allowed to publish, as I'm sure the journalist in you would like to? You might be surprised how little we know at this distance from the WRC. There is always a lot of intrigue and unsourced gossip around the next year’s calendar, but most other news is out in the open and I follow WRC.com, Autosport and RallySportMag like everyone else. I have no inside knowledge about where Ott Tänak will sign for 2020! 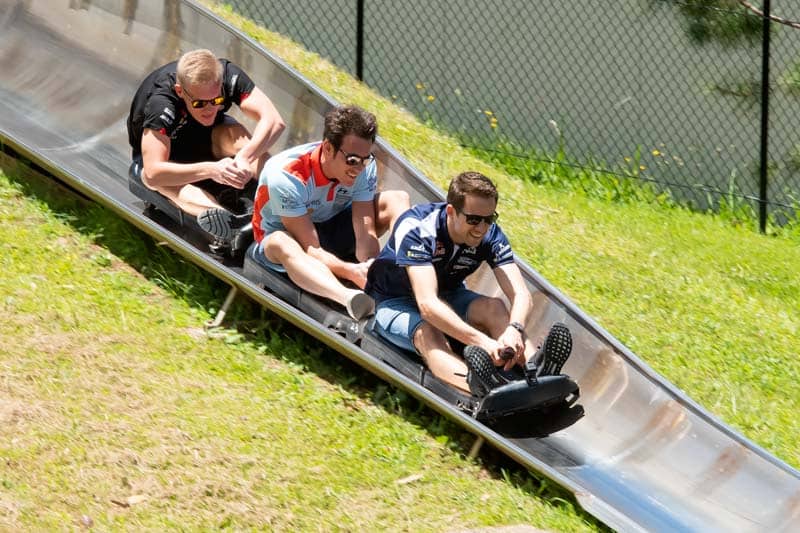 Obviously you're not full time on the rally 12 months of the year. What else do you fill your working hours with? Of necessity perhaps rather than choice, I’m indeed more than full-time on Rally Australia throughout the year. It’s a demanding job, especially as we get closer to the event date, but in any case my approach always has been that PR is a 24/7 responsibility. Willingness to respond promptly and effectively to all media enquiries, whenever they come, is essential to earn publicity and build trusting relationships with journalists. And of course, if you want to talk to WRC people overseas, after-hours work is unavoidable. I do have other roles, though the list has wound back as Rally Australia takes precedence. I still do a small amount of freelance automotive writing and run publicity for the Historic Leyburn Sprints in Queensland, a wonderful event at the opposite end of the spectrum to WRC Rally Australia! There have been some tricky times at Rally Australia, perhaps most notably in 2009 when protestors caused havoc. What sort of challenges does something like that put on the media manager? Firstly, it’s a distraction that takes you away from the core task of event promotion. Secondly, it can mean a lot of early-morning interviews with radio stations following up on print-media stories promulgating spurious claims. There’s a need to act very professionally with all parties, of course, and whenever possible to be pro-active rather than re-active. 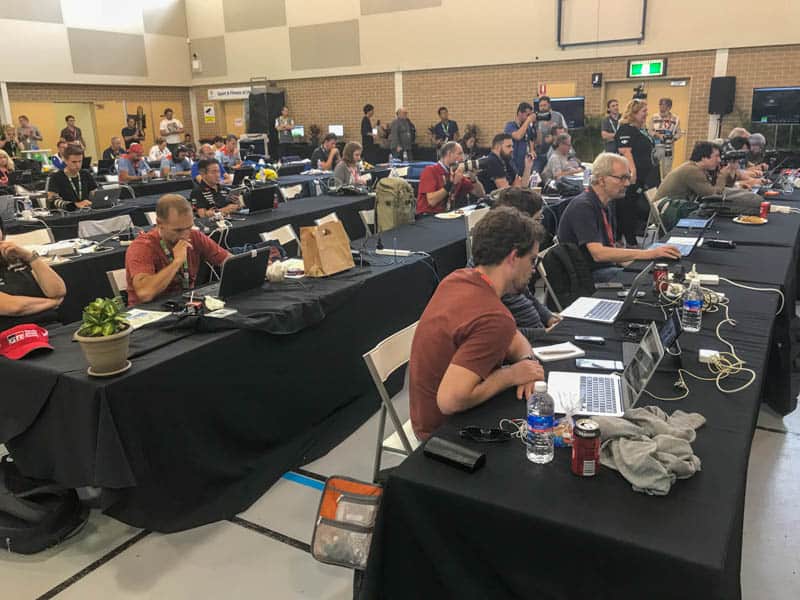 Rally Australia's media centre is a hive of activity during the rally.

A small number made a lot of noise. How detrimental to the event was it, because the rally never returned to that area? Despite the controversy, it was a successful event. But no-one wants to showcase their sport in an unfriendly environment and so we chose somewhere else that was completely welcoming and supportive. How difficult is it to get a WRC event into the mainstream media? Unfortunately, the sport still struggles to make any real headway with the dailys? It’s a challenge, but we do well during the event because we ensure reporters for key news media organisations, including News Limited and Australian Associated Press, are in attendance, plus push-feed all the major outlets with stories, photos and TV/video footage. News coverage has changed enormously and if you analyse newspaper sports pages or the sports segment of the 6pm news you’ll see only the major sports of any kind are covered. In motorsport, it’s usually only Supercars and Formula 1. Regular interest in WRC evaporated once Chris Atkinson left Subaru, so getting another Aussie in WRC is vital to increasing WRC awareness here. Fifty other sports that think they’re equally worthy have the same battle. As much as I would like to see it, rallying is not entitled to media coverage just because we all think it’s a fabulous sport; we have to earn it by offering stories and pictures that are better than everyone else’s. And the ground has shifted. What’s the point of hoping the morning paper carries a rally report when everyone has read it 12 hours earlier on the ‘net? Media coverage isn’t about giving sport a pat on the back it thinks it deserves; it’s about informing consumers, so we have to be up to scratch. On-line coverage via social media, electronic mail and websites, with an emphasis on video content rather than words, is an increasing focus for us. 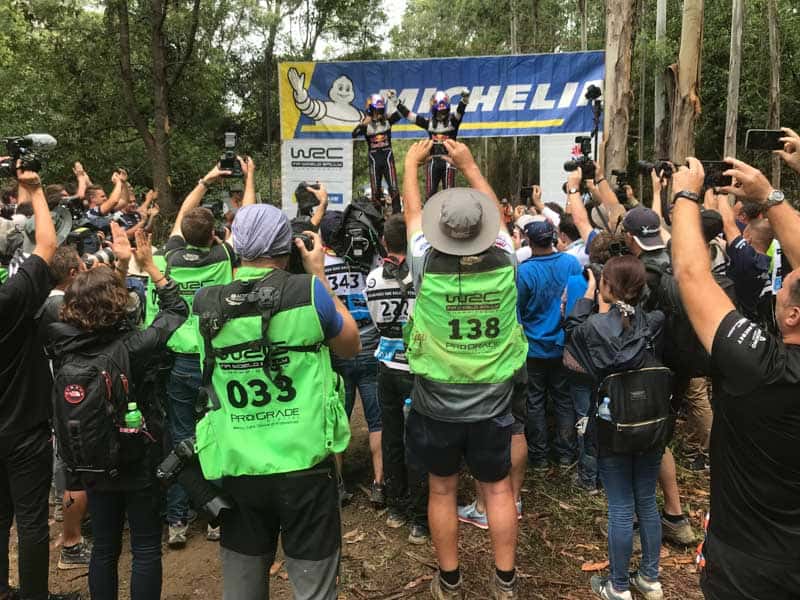 To the winners, the spoils ..... Photo: Jeremy Rogers

Over the past few years, RA has been the final round of the championship, and last year saw the title decided at Coffs. Has that seen an increase in general media coverage? The title showdown in 2018 attracted a larger group of international media, especially from Estonia. It’s expensive for the mostly-freelance overseas media to come to Australia, but plenty made the effort in 2018. Our cumulative TV audience over three days doubled to more than 88 million viewers in 150 markets around the world. The legacy of that inevitably is ongoing awareness about the Coffs Coast, Sydney and other parts of NSW. We’re crossing our fingers for another title showdown on November 14-17. 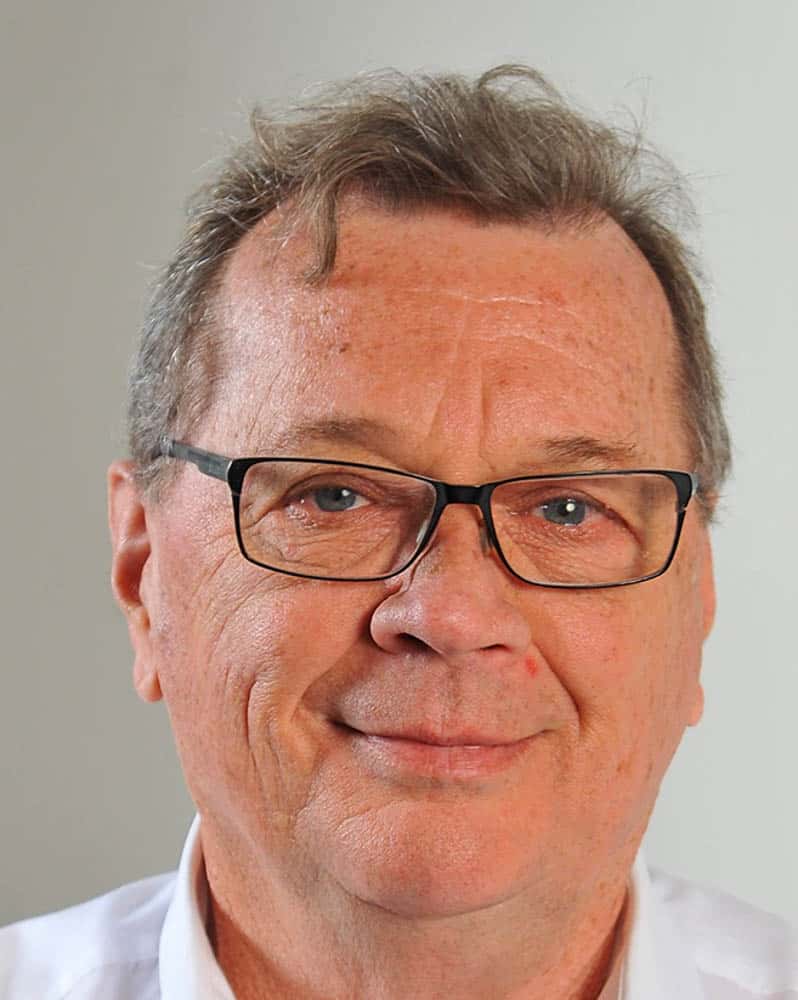 Finally, who has been your favourite WRC driver to work with, and why? I’ve liked all the WRC drivers I’ve met and found them great to work with. Each has a different personality, but I’ve found all of them very co-operative if you treat them and their precious time respectfully, show you know what you’re doing and strive to ensure every opportunity they allow you isn’t wasted. Kris Meeke’s heart-on-sleeve honesty is a gift, Jari-Matti, Paddon and Ostberg are always good talent and there’s often the glimmer of a smile on Esapekka’s face that suggests he’ll develop into a very popular personality.
VIP Exclusive Content
Get full, exclusive access for only $6.55/month.
Subscribe Now
Already have an account? Sign in