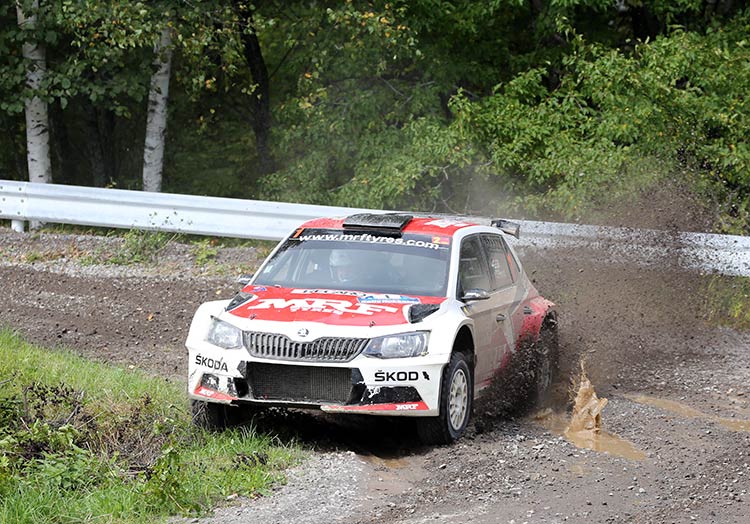 Heading into the event, the Indian Skoda driver trailed his Norwegian team-mate, Ole Christian Veiby, by 10 points, but in a dramatic event Veiby could only finish fifth and now trails Gill by 21 points.

It means the title battle will go down to the wire in the final round in India in November.

The Team MRF Skoda Fabia R5s started the rally on equal terms, but on stage three Veiby slid off the road and out of contention. He returned on day two, but by then the damage had been done and Gill was well on his way to victory.

“It’s been a perfect weekend, getting maximum points,” the Indian said.

“Most importantly, I’m back in the championship and the last round is in India, my home country.

“Japan is always difficult with such high speeds and rough roads, however, we had the perfect tyre choice and the perfect car from our Team MRF Skoda.

“It would have been good to have OC in the fight, but unfortunately he went off yesterday – we had a great weekend and overall it was very satisfying.”

After wins from two of the first three rounds, this was not the way Veiby wanted his Japanese debut to go, but he’s still in the title fight.

“Saturday was a big disappointment. We had some problems with a damper, and after that we went a little bit off and we got stuck,” he said.

“Day two was really good and I think we got some good points. The championship is still on and it’s going to be a very exciting rally in India.”

Team boss, Lane Heenan, said that it was another successful weekend for the team, albeit difficult for his young Norwegian.

“Gaurav once again showed his class and the experience he has of both the Skoda and the events in the championship,” Heenan said.

“OC had a tough event, but he’s still a chance to win the championship at the final round and it promises to be an intriguing event.”

Team MRF have now secured the Teams’ Award for 2017, while Skoda has an unassailable lead in the Manufacturers’ Cup.

The championships final round, in India, will be held from November 25 to 26. 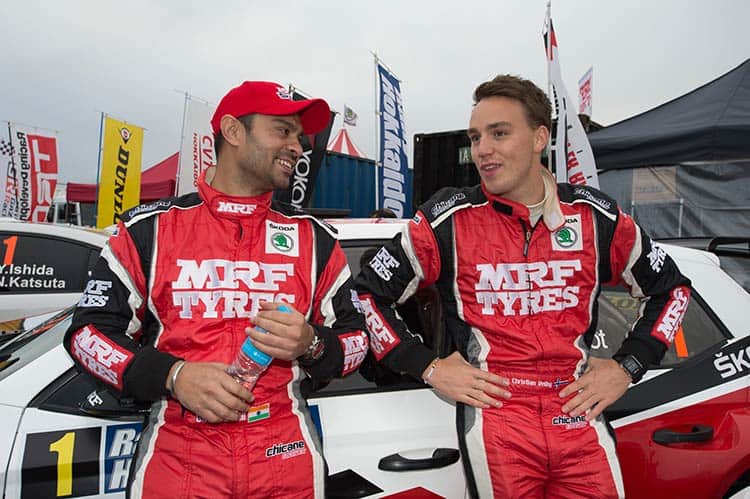