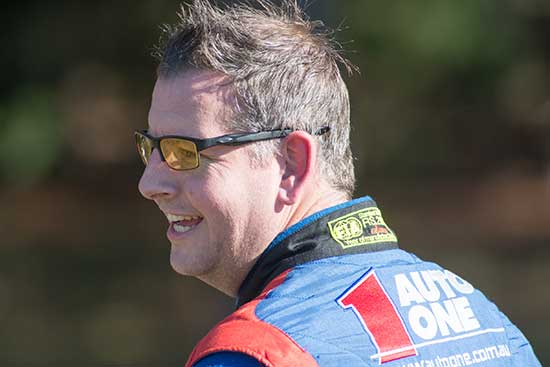 Brad Markovic will miss this month's Rally SA after back surgery.

ARC regular Brad Markovic is recovering from back surgery and will miss the penultimate rounds of the Australian and Western Australian rally championships.

The WA driver has suffered from long-term back pain that was made worse when he fractured two vertebrae in WARC event, the Safari Rally, three years ago.

“Unfortunately, I aggravated it again recently and ended up in such unbelievable pain that when I finally went to hospital and had the MRI, the disc had compressed the nerves so much, immediate surgery was the only option,” Markovic said.

“I tried to bargain with the doctors to just give me some injections in the disc to get me through the next three months, but they said I could end up with permanent numbness if I left it.”

Last year, he entered the FIA World Rally Championship section of the three-day event on the NSW Coffs Coast, scored the trophy for third fastest Australian.

“I’m looking forward to being right in time for Rally Australia and I’m slowly getting there,” Markovic said.

“This week, I was even able to drive a car for the first time since the surgery and that was a huge relief.”

“At this stage, though, I’m only allowed to sit for 20 minutes at any one time,” he said. “So, that makes doing recce a little hard.”

Markovic, who is the highest-place WA driver on the ARC leaderboard, has been inundated with messages since the surgery.

“A huge thank you for all the support,” he said. “I look forward to catching up with everyone soon and can’t wait to get back there rallying as soon as I get the all clear.”