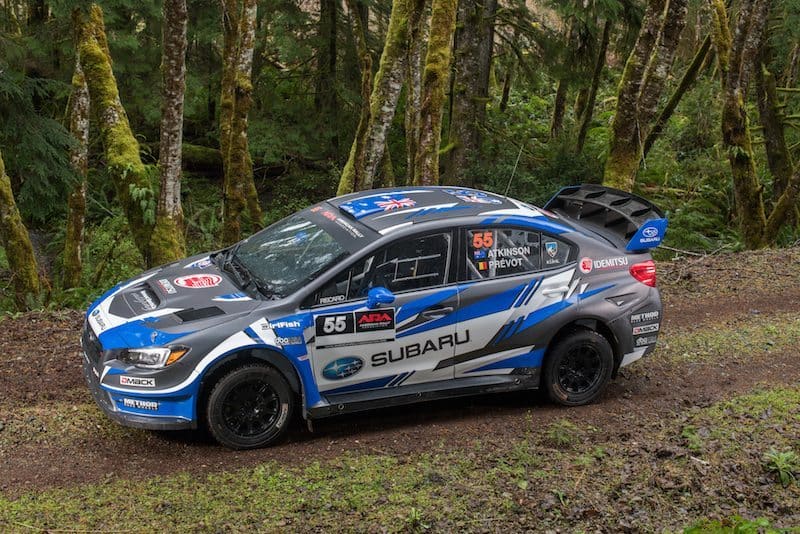 The Subaru WRX which Chris Atkinson will compete in this weekend. Photo: © David Seaver, subaru.com/rally 2018

Though competing for Subaru Rally Team USA primarily in rallycross, Atkinson will make the switch to the team’s rally car for this weekend.

The Bega born star said he was excited about the prospect of the rally and what lay ahead for the season.

“I think its pretty exciting for both me and Stephane (Prevot),” Atkinson told the American Rally Association (ARA) website.

“We haven’t done a rally in a while and I hear good things about Oregon.” 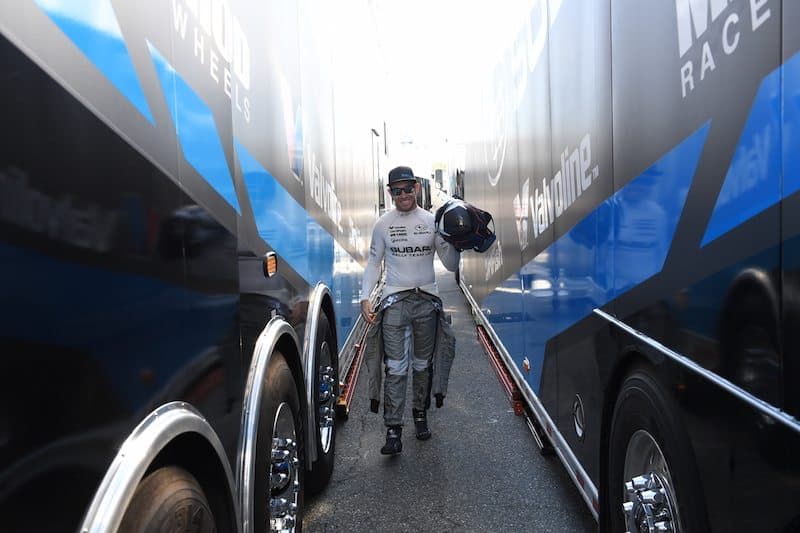 “I don’t know exact stages, but I’ve seen quite a bit of footage and obviously I’ve seen the stuff from Launch Control and the battle that Travis Pastrana and David Higgins had there last year.”

“The roads look awesome, and from everyone’s report, it sounds like an awesome rally.”

Atkinson has limited experience in the Subaru rally car, but he is optimistic of getting back into the groove quickly with co-driver Stephane Prevot.

“The car seems quite easy to drive, so then it’ll just be on me getting the flow and making sure I’ve got the confidence in the pace notes.”

“If I have a good feeling in the beginning I’ll push on,” Atkinson admitted. 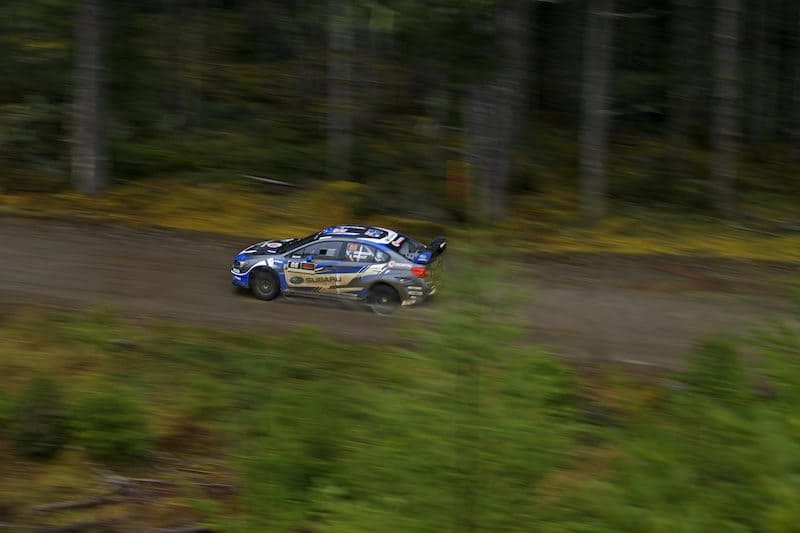 “Whether that’s enough, I don’t know.”

Block will be driving his classic Ford Escort RS Cosworth which has turned many a head since it’s reveal a couple of months ago.

Atkinson is aware of his rivals’ experience and his own personal expectations.

“David and the other guys know the stages well and have competed at Oregon for a lot of years.”

“We’re not going there to win the championship, we’re there to have fun and put on a good show,” he concluded.

At this stage, Atkinson and Prevot are expected to run in 2-3 ARA events this season.

Atkinson’s progress can be followed at the American Rally Association website or app.