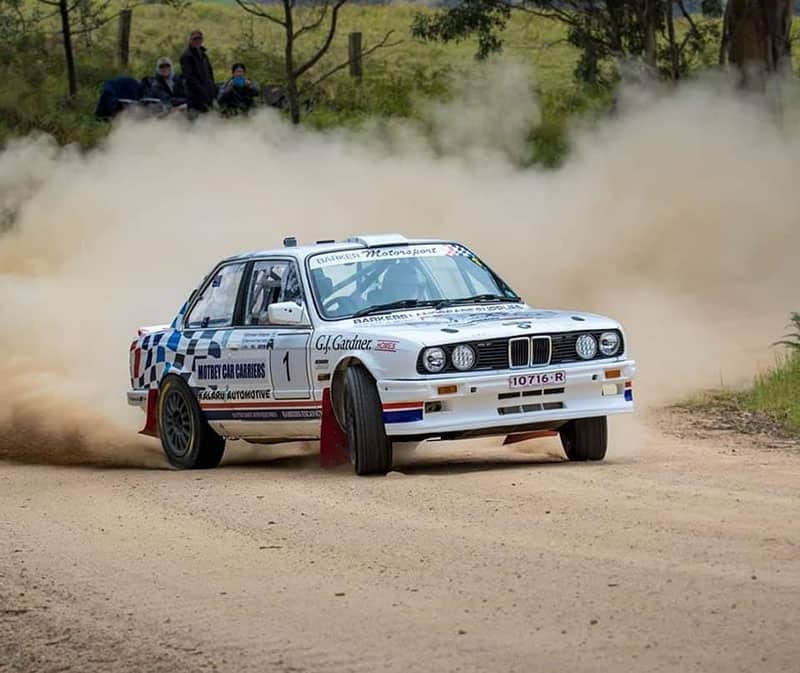 Bega’s Ben Barker claimed his third-straight title in the Bega Valley Rally on the NSW coast.

Driving his BMW, Barker won the event by one minute and 29 seconds from four-time Australian Rally Champion Neal Bates in his Celica RA40.

Barker, a former Toyota factory driver, led his old team boss by 54 seconds after the opening seven stages on Saturday, but extended that advantage by a further 37 seconds across Sunday’s seven stages.

2017 Australian Rally Champion, Nathan Quinn, was third in his 1970 Mazda RX2, a further two minutes and two seconds behind Bates.

Jayke Skeffington set the pace in the opening two stages but the Subaru WRX driver eventually finished outside the top 10.

Evans back for Tasmanian tussle in shock return