Harry Bates will tick off a major milestone in his career this week when he makes his FIA World Rally Championship (WRC) debut at Rally New Zealand.

Serving as the 11th round of the 2022 WRC season, some of the best rally crews from around the world are entered in the Auckland based event with Bates and McCarthy to run in the WRC2 component.

A strong field of 29 crews will tackle the picturesque, yet challenging roads of New Zealand, which will see them complete a total of 276 competitive kilometres across 17 special stages spread over four days of action.

Starting on Thursday night with the Pukekawa Auckland Domain Super Special Stage, the biggest day of the event will then take place on Friday where a massive 156 kilometre is scheduled over six stages for crews.

Another six stages make up Saturday’s action through a shorter spell of 88 competitive kilometres before the event wraps up with the remaining 30 kilometres over four stages on Sunday, including the Wolf Power Stage.

In preparation for his official WRC debut, Bates has been hard at work alongside McCarthy to get ready for the event, which included a week of intense testing in New Zealand earlier this month.

The testing allowed Bates to get familiar with his new machinery before completing more crucial pre-event testing sessions in the week of the event.

Bates and McCarthy will now undergo three days of recce ahead of the rally, which begins on Thursday evening and the current ARC leader was looking forward to the challenge.

“It has been a big build up but we are excited to finally be here at Rally New Zealand,” Bates said.

“I’d be lying if I said I wasn’t a little nervous, but equally keen to get out on these incredible stages and see what we can do.

“I’m certainly feeling a huge amount of support from Australians – so many people are coming to New Zealand to support us, and so many more who are sending their wishes from back home.

“I’m just hoping to enjoy the experience. I don’t have any real expectations other than to ensure I am getting the best out of myself. 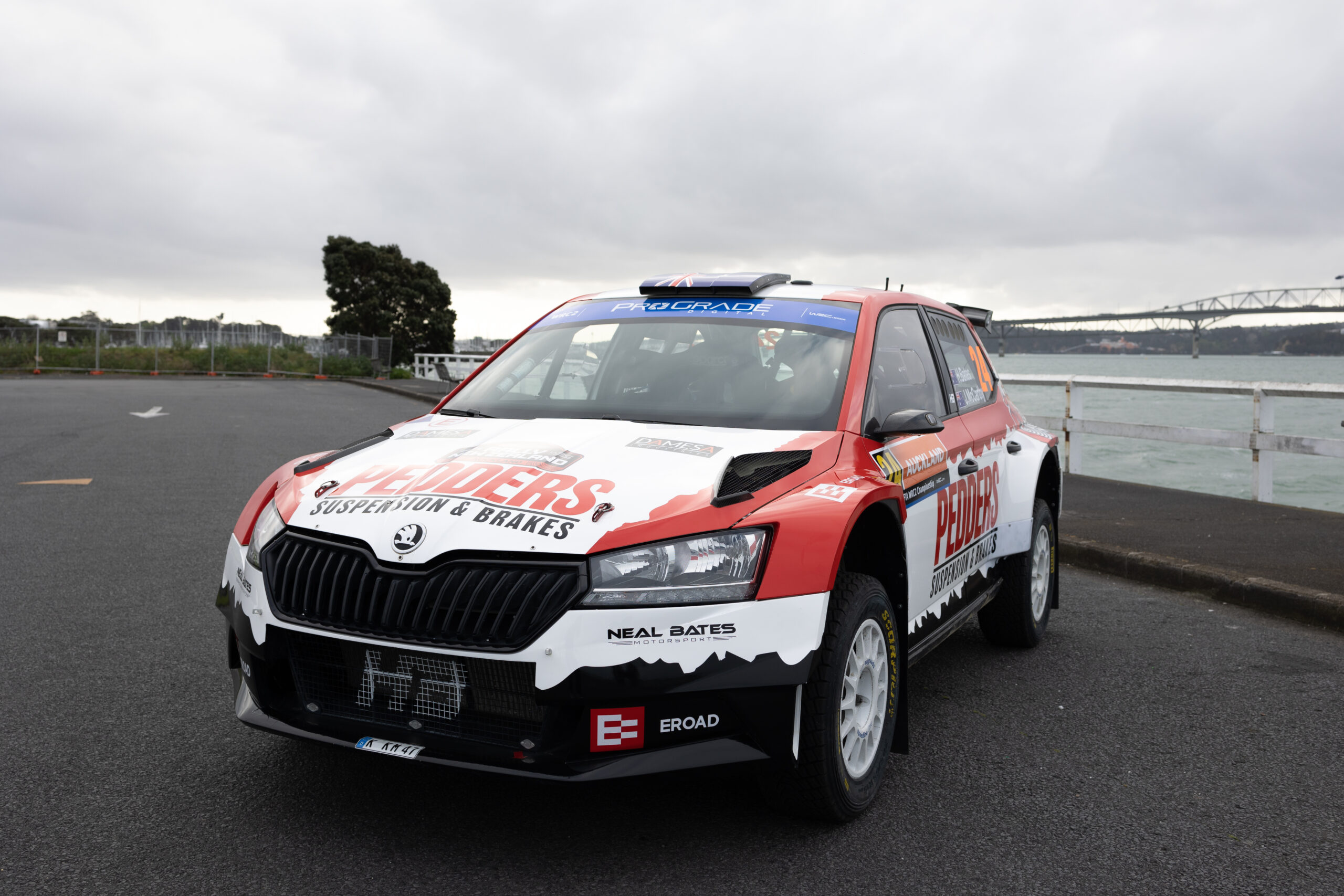 Bates' Fabia in its warpaint.

“It has been an intense month of preparation with the next three days of recce critical to our chances for the four days of rallying.

“Honestly it’s a challenge I’m really looking forward to and a big thank you to everyone who has helped me get to New Zealand for this event – it means the world to me to have this support.”

Fans wanting to stay up to date with Bates and McCarthy’s progress throughout the rally can do so both at the event and from the comfort of their own homes.

Those attending the event can watch the action in person through the many spectator points available to fans, as well as see the car and crew up close and personal at the Repco Rally Village & Century Batteries Service Park on Auckland’s waterfront.

For fans unable to make the journey to New Zealand, they can watch it live via the WRC live stream here, where they can also stay updated with live results.

Bates’ long-awaited WRC debut is has been possible by a number of key supporters, including Pedders Suspension and Brakes, EROAD, DAMESA and Neal Bates Motorsport.

The 2022 Rally New Zealand takes place in the North West and South East regions of Auckland as well as in Waikato on 29 September to 2 October.