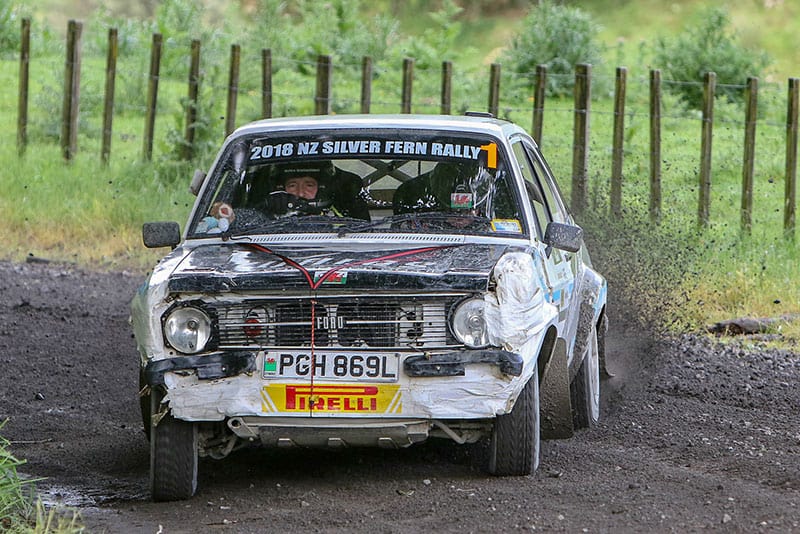 Battered and bruised it might be but the hard-driven Ford Escort RS1800 of Welshman Meirion Evans and co-driver Lestyn Williams is back on top of the leader board on this year’s NZ Silver Fern Rally after another long day in the central North Island today.

Defending NZ Silver Fern Rally title holders, and number one seed for this year’s eight-day Hamilton-to-Rotorua event, Evans and Williams grabbed an early lead on the first day on Saturday only to clip a fence post and lose time in a stage, allowing arch UK Marathon Rally event rivals Matthew Robinson and co-driver Sam Collis to take over the #1 spot in their Ford Escort. 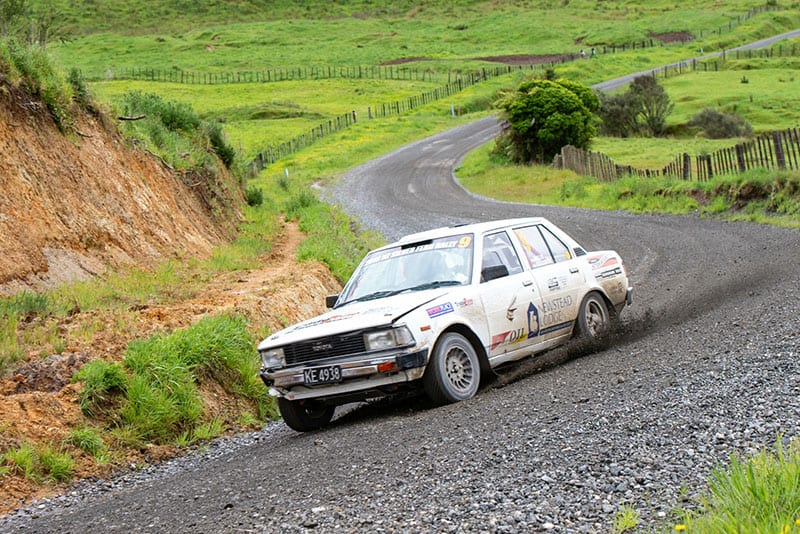 Second overall in the Challenge class is the Toyota Corolla DX of Mike Goldsbury and Dan Wallis.

Evans and Williams were absolutely relentless in closing the gap back down today though, working their way past Kiwi Jeff Judd and his Belgian co-driver Stephane Prevot into third place overall after today’s second stage, then past the then leading Kiwis, Shane Murland and John Benton from Wellington, to second place after a stage-winning run through the third,

Robinson and Collis still had a buffer of just over five minutes after the fourth stage and looked like they would retain their event lead for at least another day yet …. until disaster struck in the very next stage, Stage 20.

This time it was a cautioned corner which caught Robinson and Collis out, the Yorkshire pair firing off the road and into a paddock. The corner also claimed Shane Murland and John Benton, Murland deciding to call it quits after rolling his car into a patch of blackberries, and very nearly also saw Jeff Judd and Stephane Prevot join them in the paddock.

All is not lost for Robinson and Collis, though, as their Escort sustained only minor damage and once a local farmer towed them back onto the road they were back in action and finished just 1.9 seconds behind Evans and Williams in the final stage of the day before the overnight stop in Ohakune.

The only problem was the time they lost; by taking a maximum time (35 mins) for the stage they left the road on, the pair went from leading the event with five minutes in hand, to being classified at day’s end 8th, 22 minutes behind new leaders Evans and Williams.

Jeff Judd and Stephane Prevot are now settled into second place, a minute and a half behind the new leaders, but with a buffer of almost five minutes over British pair Roger Chilman and Max Freeman. 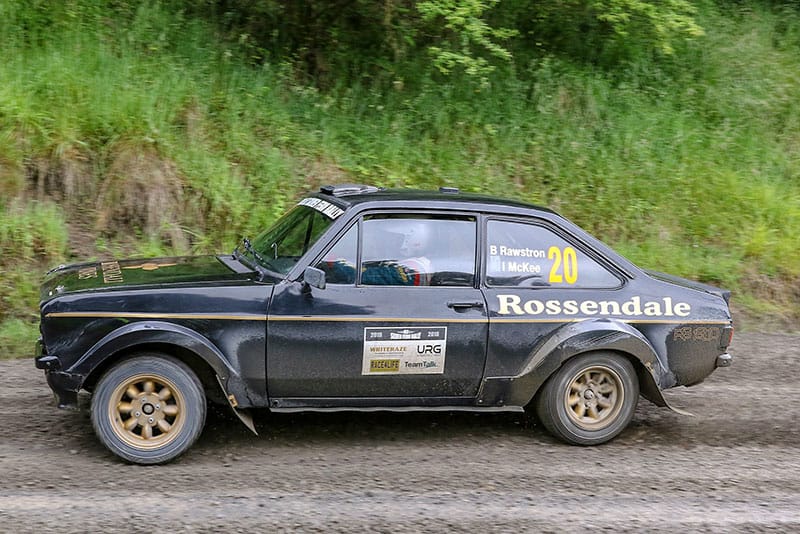 First non-Escort pair is again Brad and Stuart McFarlane now up to fourth place overall in their Porsche 911.

Between them the pair dominated the class placings throughout the day, though Evans and Hooker continue to hold a handsome lead over the Toyota Corolla DX of Mike Goldsbury and Dan Wallace, and the late model Honda Civic R of Dave Strong and Rob Scott, with Taylor and Neill back in fourth spot overall after losing time on the second day with a throttle issue.

Tomorrow (Tuesday Nov 27) sees the NZ Silver Fern Rally head south from Ohakune then west and back east again to the next overnight stop, Palmerston North.