With Round 2 of the MTA NSW Rally Championship just a week away, the battle for the top place on the podium is going to be intense.

Round 1 winner, Glen Raymond will be making the long haul from Victoria with his Mitsubishi EVO Lancer, intent on winning the Singleton Automotive Centre Cave Classic Rally. His dominance of Round one was, in part, due to other teams having issues, so he’s under no illusion that it won’t be an easy win.

Glen Raymond commented “This’ll be our first trip to Oberon and we’re not sure what to expect out in the forests, but we’ll still be pushing for a win, obviously. I have no doubt that the other teams will be going full pace on roads that they know, so we need to focus on running our own rally.” 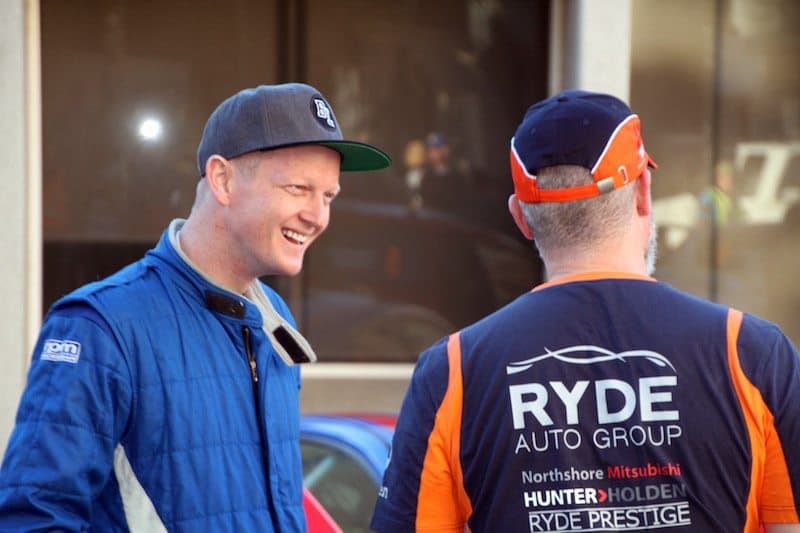 Tom Clarke suffered electrical issues in his Mitsubishi Lancer EVO at the first round, resulting in an off-road excursion putting him out of heat one. He must finish well if he wants to keep his championship hopes alive.

“We’ll be looking to keep up with Glen Raymond with the aim of beating him, to be honest. The car’s been on the dyno this week and we’ve found the issues that caused us dramas at Mitta. So, we’ll be focused on taking it to Glen” said Tom Clarke.

Once again, the battle at the front of the field will be all Lancers with Tristan Kent and Richard Shimmon, both in similar spec EVO’s, vying for an outright win. Their performance at the first round likely to have built their confidence coming into this event.

There are a few other teams that could upset the Lancer parade out front. Michael South, in a Subaru WRX had issues at Round 1. He won the 2018 Rallysprint Series, so is expected to be battling for the lead. The Citroen DS3 of Tony Sullens is also a car to watch. The Central Coast driver finished fourth at the Mitta Mountain rally, despite being disadvantaged in a front wheel drive car.

The rally is also a round of the East Coast Classic Rally Series (ECCRS), so there’ll be plenty of action in this category with former Australian Rally Champion Nathan Quinn entered in his Mazda RX2. He’ll be battling with other Classic cars like Tom Dermody in an RS1800 Escort, Peter Dimmock in a Datsun 240Z and current ECCRS leader, Luke Sytema in another Mk2 Escort.

The Singleton Automotive Centre Caves Classic Rally is also a round of the Clubman, Open, Development and Hyundai Rally Series.

The roads in the Jenolan, Essington and Vulcan forests are the best they have been in years with some freshly graded sections, closed in forests and open clear-felled areas. Spectators will be well catered for with the action kicking off in the township of Oberon from 8am Saturday the 13th of April. See nsscc.com.au for more details