Subaru USA driver Travis Pastrana set a new record at the 2021 Mt. Washington Hillclimb on the way to an overall victory at the wheel of his 862 horsepower WRX.

Called the Airslayer STI, the car is the Gymkhana 2020 Subaru WRX STI.

The new mark cut more than 16 seconds from his winning time from the 2017 race up the narrow, steep and treacherous 7.6-mile Mt. Washington Auto Road. Pastrana blitzed the mountain to set a time that was over 45 seconds ahead of the nearest competitor.

“New record in the books!” said Pastrana after his winning run.

“This car is the perfect machine to do it. Coming off a second-place finish at Goodwood I really wanted to set a new record here to show what the car could do in the right environment.

“Luckily we really had good weather this year and I knew if I could get a clean run in, I’d have a great shot at the 5:44 time. So much fun and I can’t wait to do it again next time!”

The Mt. Washington Hillclimb, traditionally held every three years, is one of the most challenging motorsport events in the United States and the oldest hillclimb in North America.

In addition to its long history, the tallest mountain on the East Coast brings famously unpredictable weather and a mixed-surface road, forcing drivers to contend with grip levels that shift suddenly from tarmac to gravel and back again in the middle of the climb.

With an average grade of 12% and an uneven surface bounded by serious drops above the treeline, Mt. Washington requires courage, skill and the right equipment for the challenge. 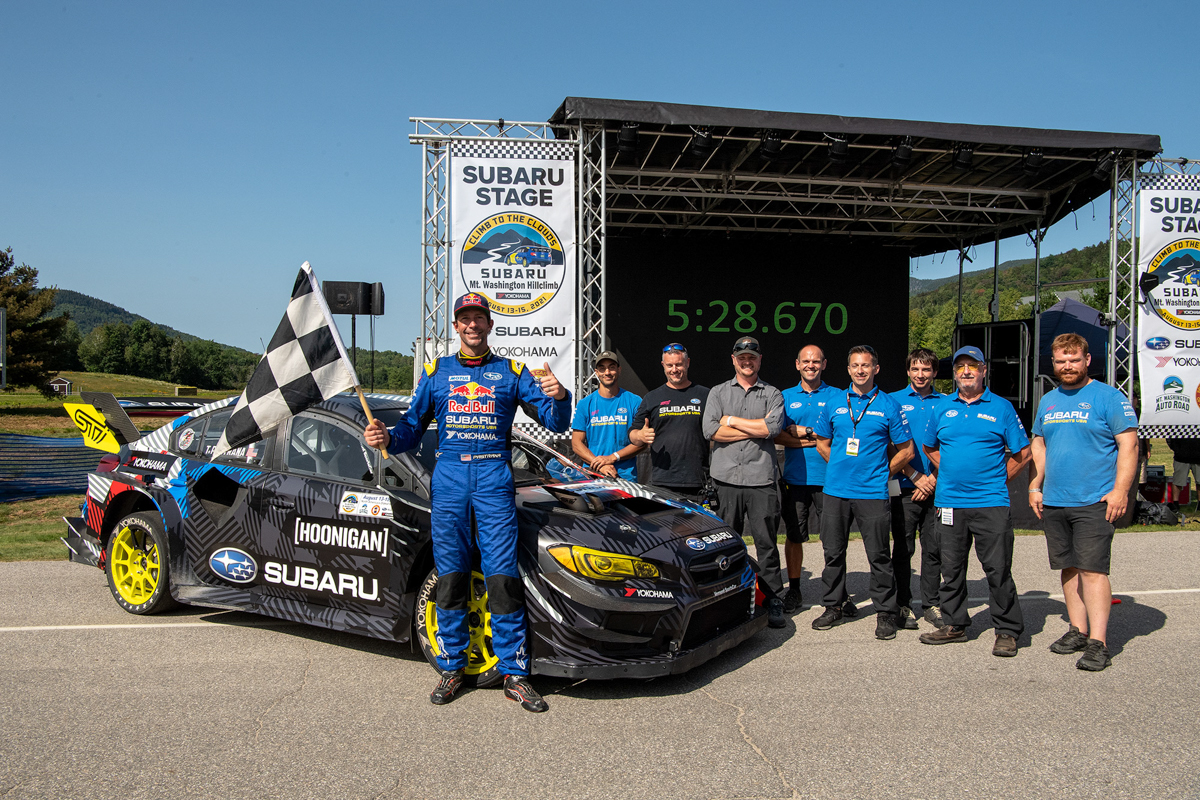 The highly developed aero package on the Airslayer STI provided a significant downforce advantage against the 600-horsepower WRX STI rally car used by Pastrana to set the 2017 mark.

Along with a significant power bump, major suspension advancements and an ultra-light curb weight, the Airslayer was tailor-made for the wide-open mentality of hillclimbs.

Still, the level of commitment displayed by Pastrana on the record run meant huge entertainment for the thousands of fans who lined the road at the spectator points along the roadway.

The rally, rallycross and motocross star celebrated his history-making weekend with a Gymkhana-style smokey donut show on his return to the bottom of the mountain, giving American fans their first chance to see the Airslayer STI’s tire-shredding capabilities in person. 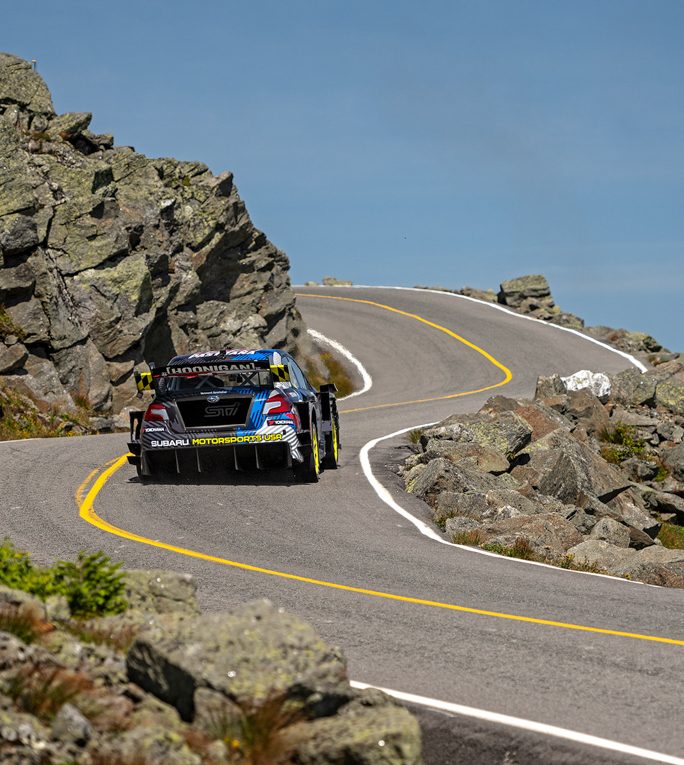 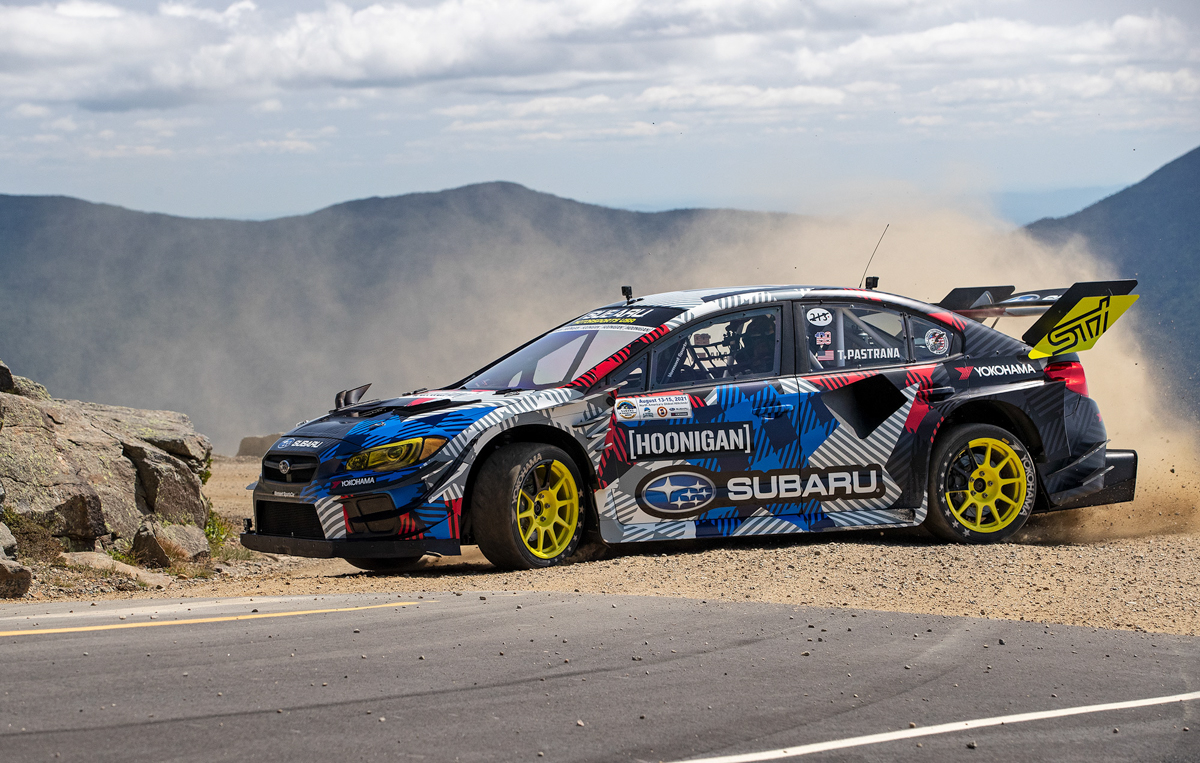 Colin McRae: Is it really 15 years?