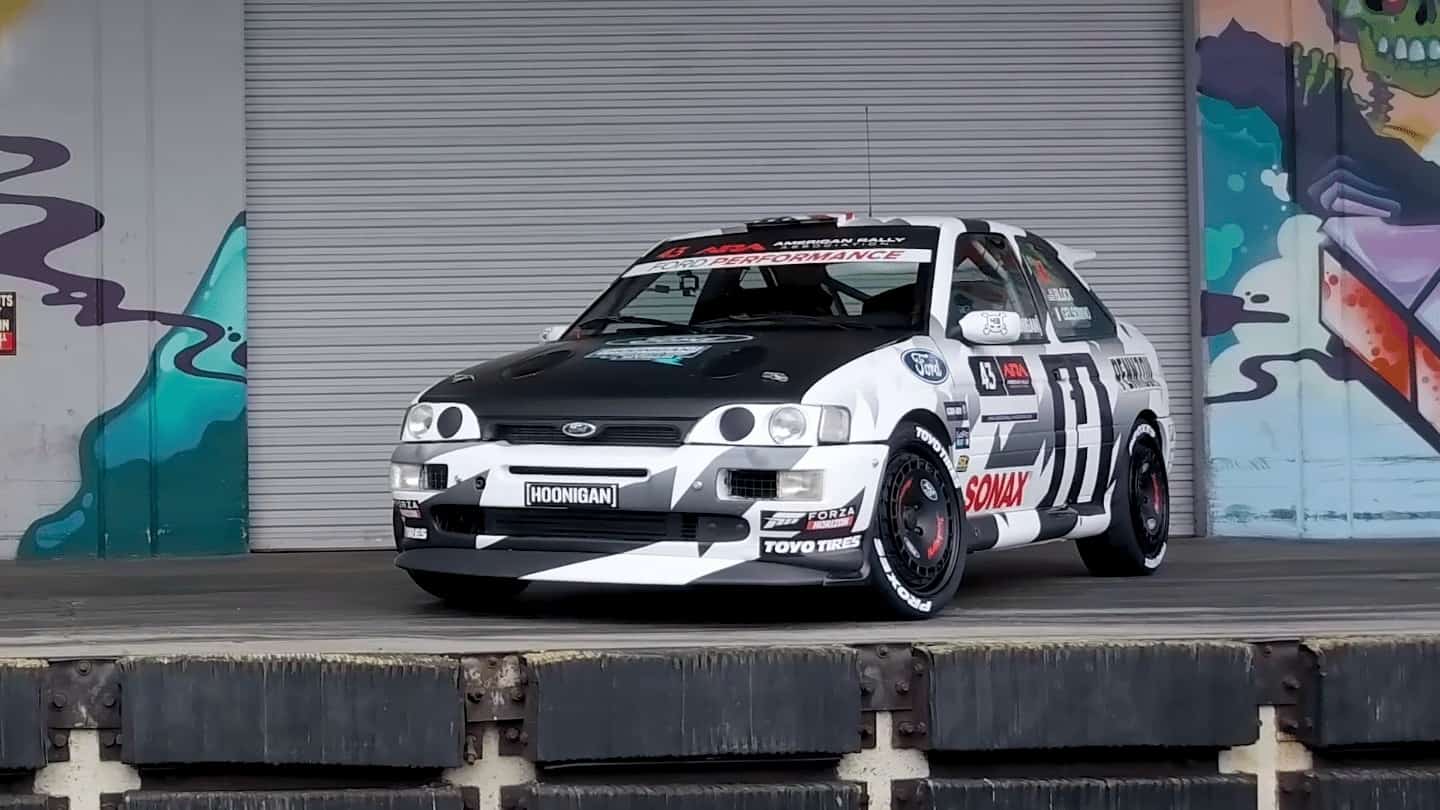 American rally driver, Ken Block and co-driver Alex Gelsomino, have escaped unharmed from a devastating crash on the New England Forest Rally in the United States.

The crew were competing in the rally in their classic Ford Escort RS Cosworth when they clipped a rock on the inside of a corner before rolling.

A fire soon began, and the car could not be saved.