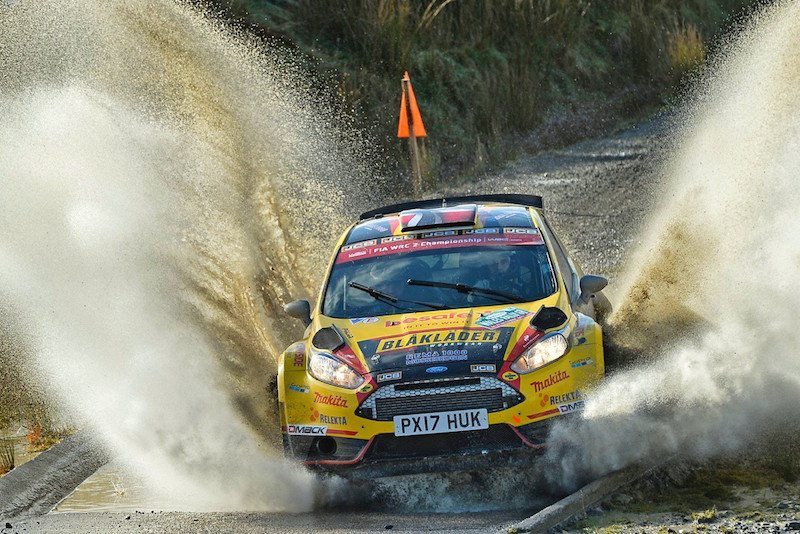 Eyvind Brynildsen will embark on a major FIA European Rally Championship campaign, starting with Rally Islas Canarias from 3-5 May.

Brynildsen, a regular in the world championship, will drive a Ford Fiesta R5 for Autotek Motorsport.

His programme will include the Acropolis Rally in Greece followed by the Cyprus Rally with a Rally di Roma Capitale run under consideration.

The rapid Norwegian will then announce his schedule for the remainder of the campaign.

“The ERC is the best for me at the moment,” said Brynildsen, a class title winner in Norway last season. 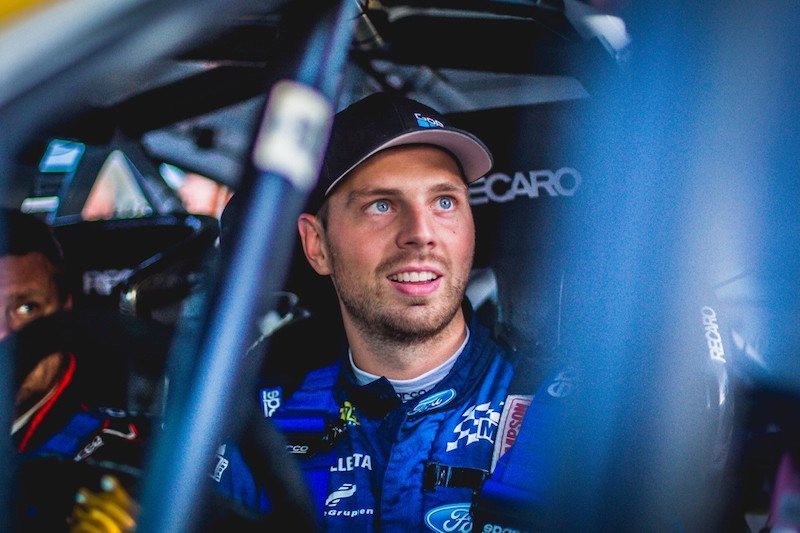 The Norwegian will set his sights high in the European Rally Championship. Photo: ERC

Brynildsen, who has recruited Anders Fredriksson to co-drive, revealed he would have begun his ERC campaign on the season-opening Azores Airlines Rallye had it not been for a new addition to the family.

“My wife gave birth to our third child so we start off with Canarias and then move over to the most historic event of them all, the Acropolis Rally. Then we move to Cyprus and if all the pieces in the puzzle fall into the right places we will continue the championship and go on with Rally di Roma Capitale.”

The 30-year-old’s switch to the ERC will put him on a learning curve in terms of untried events, not that he’s fazed by the prospect.

“I’m maybe not young and promising anymore, only promising. I have done quite a few rallies in my career and for many years I drove a truck and trailer in our family business, so my memory for roads is not too bad.” 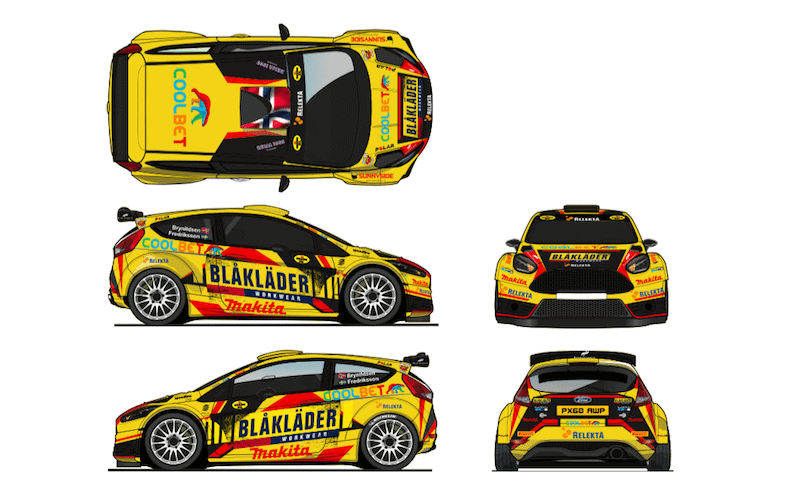 The striking livery which will adorn the Ford Fiesta R5.

“I like the challenge with new rallies and it just motivates me to prepare myself better than anyone else.”

Of his decision to link up with Autotek, a team with an ERC event-winning pedigree, Brynildsen said it was  “Ken Skidmore and me have known each other for many years and Ken’s team is great. Each and every one puts an effort like 110 per cent at all time.

“I’m now hoping Alexey Lukyanuk [ERC title leader] gets a challenge from me when it comes to the show because I like to give the fans what they deserve.”

Jean-Baptiste Ley, the ERC Co-ordinator, said: “It’s great to welcome Eyvind Brynildsen to the ERC, a fast driver with a lot of experience at world level.”

“The 2018 championship got off to a fantastic start with a record-breaking entry on the Azores Airlines Rallye, including 35 R5 cars. Eyvind will face strong competition but we have no doubt he’ll put on a strong show.”