The new partnership will see Capital Brewing Co become the official beer of the Netier National Capital Rally which takes place on March 21 & 22 in the forest around Canberra.

We are pleased to align with another iconic local business and I’m sure all the spectators will enjoy a beer while watching the nation’s best rally drivers.

We are working hard to make the event much more than just a rally. It is with partnerships like this that we are able to make steps towards that, said Public Events Manager, Jill Coppin

The partnership will see Capital Brewing Co set up a pop-up bar in the Kowen Rally Village on Saturday afternoon so spectators can grab a beer and enjoy watching the start of the rally on a nice sunny Canberra afternoon.

Spectators who attend the Service Park will also have the chance to sample a selection of Capital Brewing’s finest and grab a bite to eat while watching the cars and teams make all important repairs and adjustment ahead of the podium celebrations.

"Capital is thrilled to partner with such an iconic Canberra event" said Partnerships Manager Dan Watters.

"We look forward to pouring rally fans an ice cold brew in the forest, just minutes from where it's made."

The Netier National Capital Rally will commence with 2 spectator stages in the Kowen Rally village on Saturday 21st March which will feature the ceremonial start, a mini food festival, kids activities and Capital Brewing Co’s pop up bar. 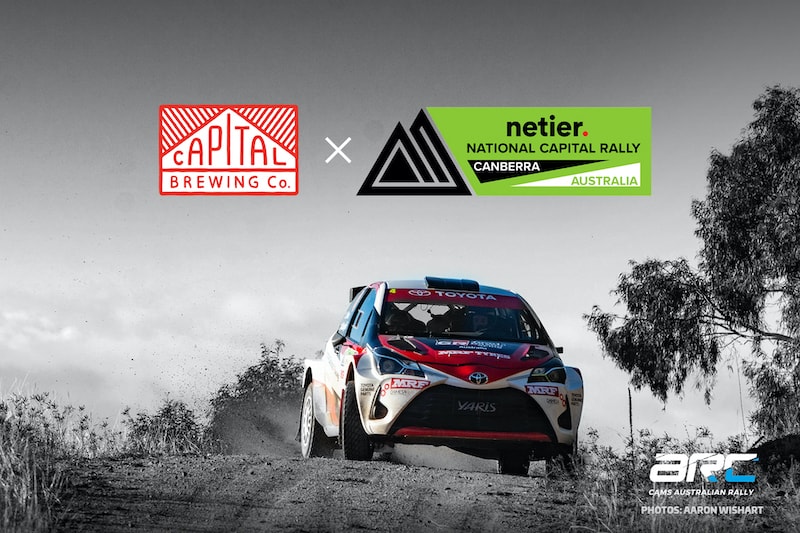