Subaru Rally Team USA driver, Chris Atkinson, has likened his new WRX to a pre-2017 World Rally Car as he ramps up his preparations for the 2018 season. The Australian, who was a six-time podium finisher in World Rally Championship events for the Subaru World Rally Team (SWRT), and also won an impressive 42 stages, will drive selected rounds of the American Rally Association (ARA) series this year, as well as contesting the full Global Rallycross Championship in the USA. RallySport Magazine caught up with Atkinson to chat about the season ahead, and started off by asking when his first rally will be, and how preparations were going? "I am doing Oregon Trail Rally at the end of April, but to be honest all the preparation has been on rallycross as that is the main focus for the year," Atkinson said. "On the rally side, as we are just doing a couple of events, it's more for a bit of fun. The first event sounds good and I will try and do some research on the stages, plus we will get a small test prior to the event as well, but I have a few more rallycross tests before then." 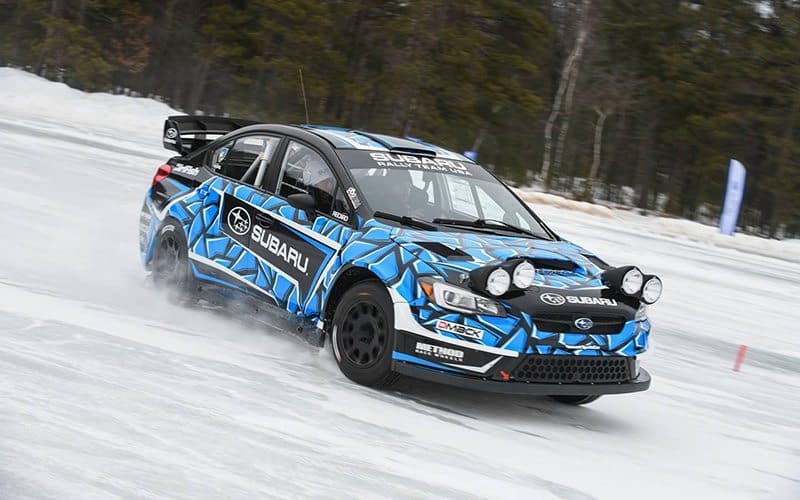 When was the last time you did a stage rally, and do you think there will be any nerves at the start of the first stage?

"I did a few rallies in a similar car (a Subaru XV built to the same specs) in China last year, so it shouldn’t be completely new.

"This will be my first gravel rally in over a year, so that will be the biggest difference. In rallying there are always some nerves, but for me, it's mostly about the performance - you always want to be fast." 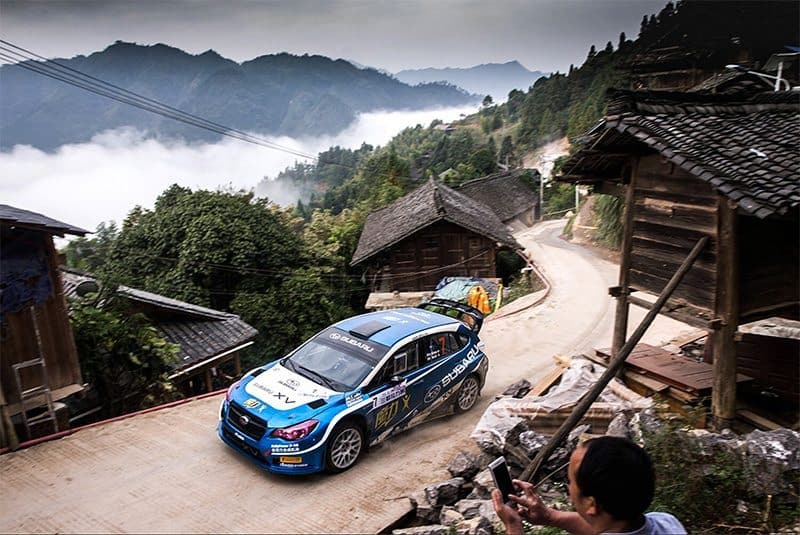 Atkinson driving a Subaru XV in a round of the Chinese Rally Championship in 2017.

You've had just over 12 months driving for Subaru Rally Team USA now. How does the professionalism of a modern day team compare to what you enjoyed in the WRC days with Subaru, and how have things changed? "It's a very similar level to a WRC team in terms of professionalism, and there are actually a lot of the guys I have worked with in WRC in the team as well. "The main difference is the size of the team in terms of personnel, but it is still at a very high level." 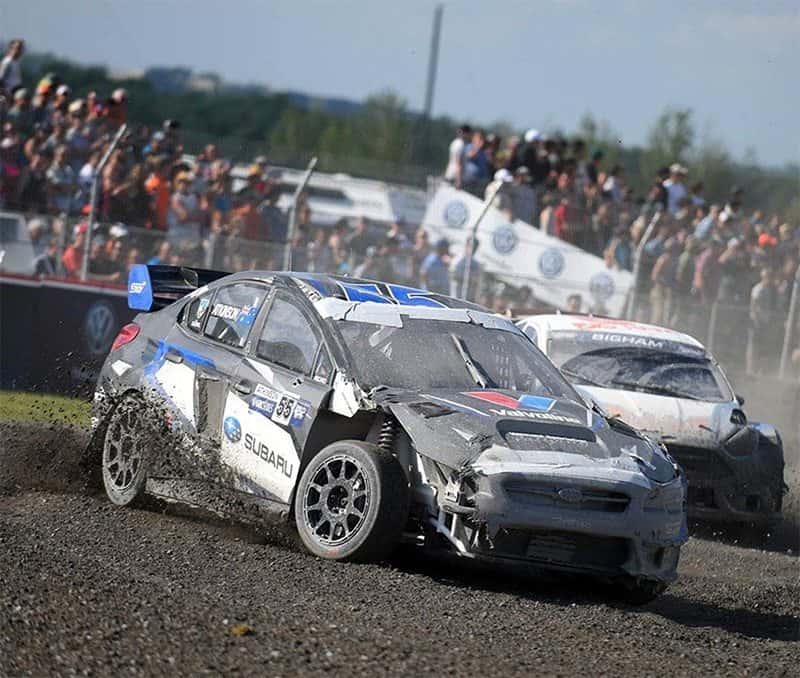 Not even a roll could slow Chris Atkinson down during this round of the Global Rallycross Championship in 2017.

Compared to other rally cars around the world, what spec do the USA WRXs run? Are they similar, for example, to the R5 class used elsewhere in the world? "The SRTUSA cars are designed to open class rules, somewhere between WRC and R5.

"There are a few more freedoms than R5, but they are a lot more cost effective than a WRC car. I would say the performance is similar to the previous WRC cars." 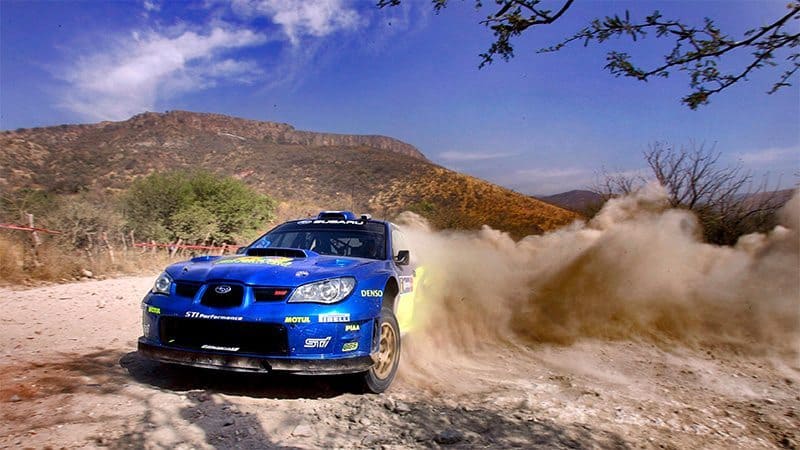 Atkinson notched up 42 fastest stage times during a successful stint in the World Rally Championship.

Looking back a few years on your brilliant WRC career, how fortunate do you think you were to drive for SWRT, and conversely, how disappointing was it when the team withdrew from rallying when you were seemingly right at the peak of your powers? "Obviously it was great to be a part of that, but also, it was challenging as we wanted to fight for wins and it wasn’t always possible.

"It was tough when they pulled out as there were no seats around and it took a few years for rallying to build back up.

"Losing the momentum we had was disappointing, and then you needed time to get that back." 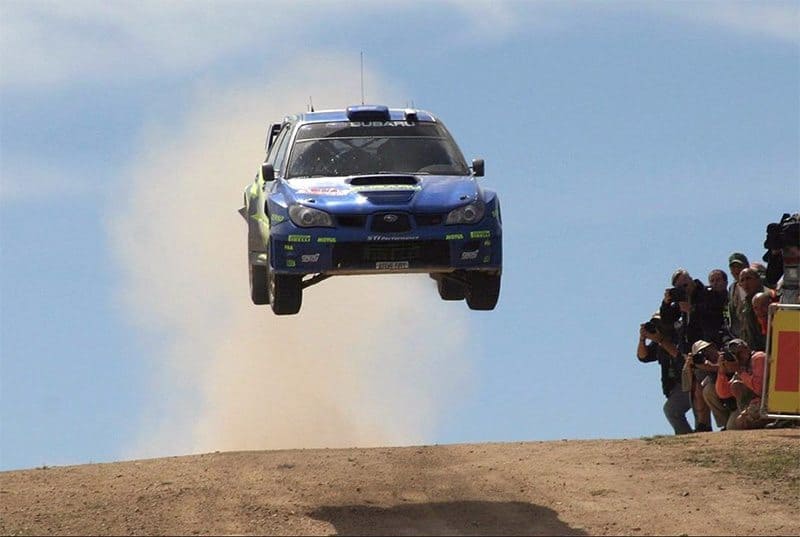 This massive jump in Italy helped to secure Atko a massive following of rally fans around the world.

In the ensuing years you had the occasional WRC drive and then had a limited program with Hyundai. Was there a point in time when you realised your WRC dream was probably over? "Without getting a full program it is not easy, and I always knew that if that didn’t happen, then you could never really show your full potential." 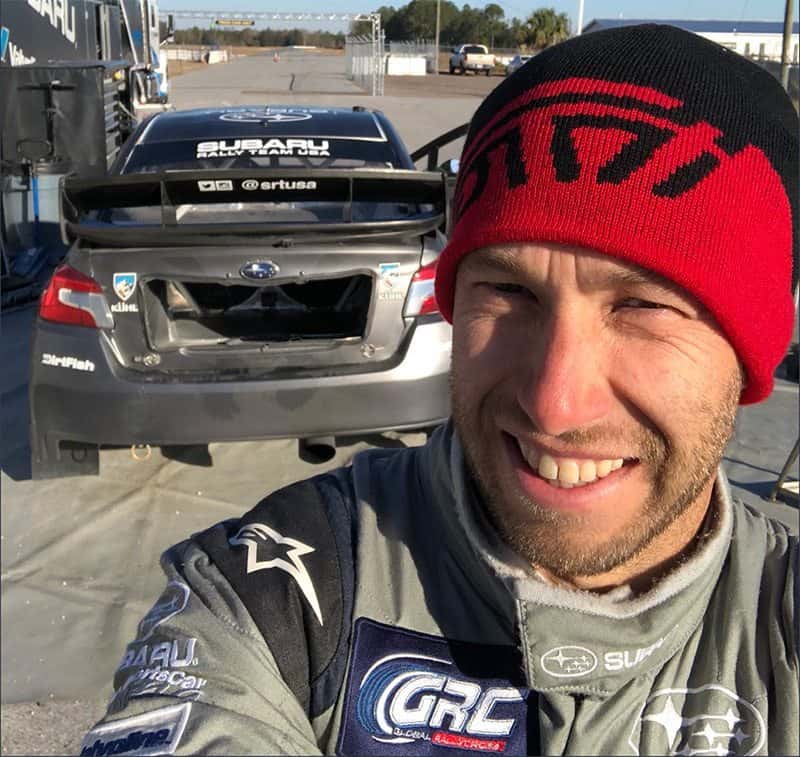 Chris Atkinson has already started testing for the 2018 rallycross season.

You're now US based. How have the American fans embraced an Aussie into their championship? "The support over in the US has been awesome, and the Subaru fans here are so passionate.

"At a lot of events the majority of the support was for Subaru, which is really cool. Subaru USA have done a great job of continuing the Subaru motorsport tradition, and they have built a real passion for the brand."

And finally, Rallycross is growing year on year in Australia, with more events and a dedicated championship. Have you had a chance to check out the Australian scene? "No, but I need to come and check it out. It's good to see it growing and it has a huge future all over the world." 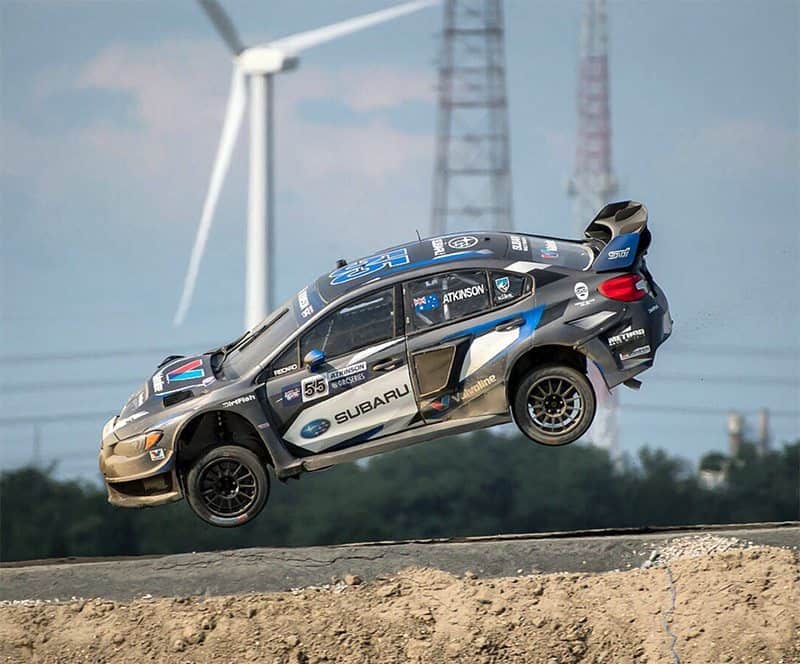