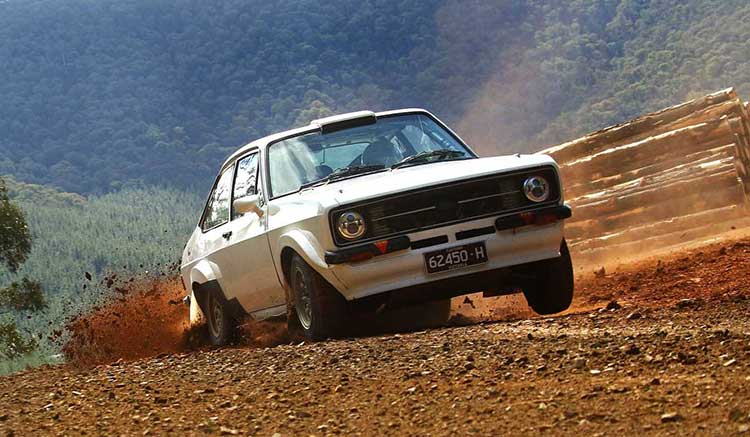 The first round of the newly launched Riverina North East Rallysprint Challenge pitted drivers against the clock on two short 8km stages, run twice in each direction.

Snow in the week prior saw the event in doubt, however, fine weather greeted crews for the day’s eight stages and 64km of competitive driving.

Driving a Ford Escort, Richards had a trouble-free day until the final stage, where he spun and hit a bank – fortunately with no damage.

His first rally on pacenotes and his first overall win, meant a great day for Richards, who now leads the RallySprint Challenge.

He led home a fast finishing Craig and Amelia Jarvie, who finished in second position in their beautifully prepared brand-new Holden Commodore.

Andrew and Laurie White finished in third position in their Nissan Sylvia, followed by the father/daughter combination of Neil and Ivy Schey in fourth (Hyundai Excel), and Tom Ruessman and Annie Dougherty (Datsun Stanza) in fifth.

The event saw Derek Reynolds make a successful return to rallying, driving a Datsun 1600 with the experienced Jenny Cole calling the pacenotes.

Grant Heywood and Ged Blum led early before gearbox failure in their Datsun 1600, while Peter and Ryan Price crashed their Ford Falcon on the penultimate stage, doing significant damage to the car.

The next round of the challenge heads to the Tumut area in two weeks’ time where the Wagga and District Car Club will host the Bondo Rallysprint.