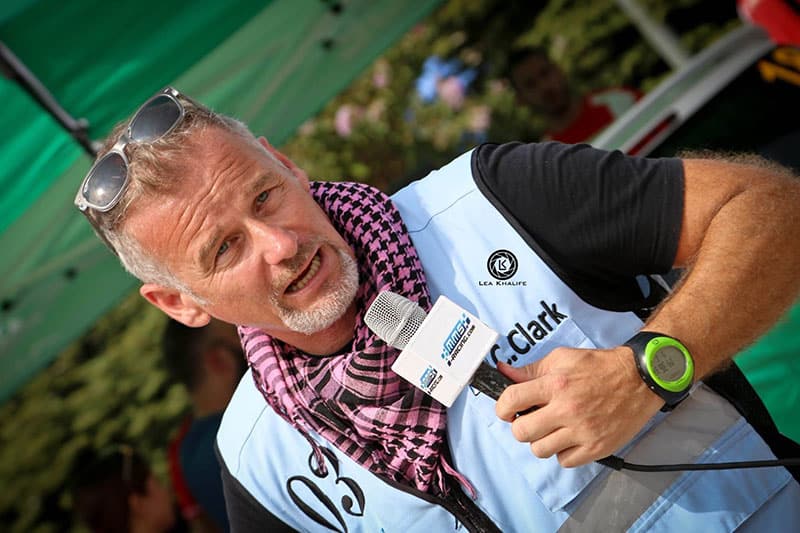 International commentator Colin Clark says Targa Tasmania is on the hit list for some of the world’s most prominent rallying stars.

Clark is renowned for his exuberance and passion for all things rallying and intends to make a splash at the 28th running of Australia’s showpiece tarmac rally from April 29-May 4.

Known for his unique and insightful commentary skills on the World Rally Championship and signature European tarmac events, Clark will offer broadcast commentary, voice-over and interviews.

“I was in Tassie last year (for a short break) and you get blown away by the island. It’s a fantastic place,” UK-based Clark told the Targa Australia Championship.

“I’ve been trying to get out for it genuinely for the last 10 years. I love all things Australian and Targa has become a legendary tarmac event.”

“I genuinely think it has managed to get some cut through in Europe as an event.

“For an event to establish itself like that in short a short period of time … it’s got to be doing the right thing.
“It’s a combination of a lot of things, the location, roads, the cars, serious drivers.”

“Roads make any rally and in Tassie the roads are stunning.

“What Tasmania has to offer makes it a winning formula. It all comes together. Everything to goes into Targa Tas just works for it.

Clark hopes to capture a broader audience for Targa through his burgeoning global profile.

“Hopefully we can tell more people what it’s about.

“We see Brendon Reeves (Hyundai factory i30 N) doing it this year and we see some other big names doing it.

“It’s one of those events where you speak to drivers, team managers, organisers and they all say, ‘one day I’m going to get there and do that event’.

“I genuinely believe there are a lot of big names in motorsport that when the time is right in their careers, they will come and do Targa because it’s just such a fantastic event and unique event.”

Jason and John White will again go into Targa heavily fancied as they search for a record-equalling eighth outright victory.

The magnitude of their success as that of record-holders Jim Richards and Barry Oliver is not lost on Clark.

“It’s quite astonishing. You look at say the World Rally scene and Sebastien Loeb won the German round eight times in a row.

“You think, ‘how is that possible’ to drive 300-350km flat out and for eight years straight and avoid mechanical problems, punctures etc.

“It’s not luck. Loeb knows how to find a way around those roads.

“It’s the same with the Whites, they know exactly what to do around those roads in Tasmania.

“The rally craft that you need to dominate like that is immense.

“Okay you have got a great car but there are better cars. I know they have used a few different cars and there have been better cars in the field.

“It’s proper talent, skill, approach and all of those things they do right that allows them to be in this position.”

Fans can get up close to all the cars at the three official TargaFests. In Launceston the cars will be on display at the Silverdome Expo on Sunday April 28 and Wednesday May 1 from 6pm to 9pm, and in Hobart, you can see the cars at MAC2 on Friday May 3 from 6pm to 9pm.

During the event you can follow all the action at Targalive at targa.com.au