Make no mistake, we are seeing rallying greatness. I, like many, have fond memories of the “Flying Finns”– Vatanen, Aaltonen, Makinen, Kankkunen and Makinen are the reason most of us have dirt in our veins.

They are different from us.

Witness Neste Rally Finland. Lappi, 26 years old and blonde who came to prominence winning the International Rally Queensland a few years back driving a Skoda. He has only a handful of WRC events under his belt in a World Rally Car.

We knew he would win a WRC event even then. You could tell, watching and talking to him. He had all the traits of a young Ari when he came to Australia in 1980, his first real international outing. 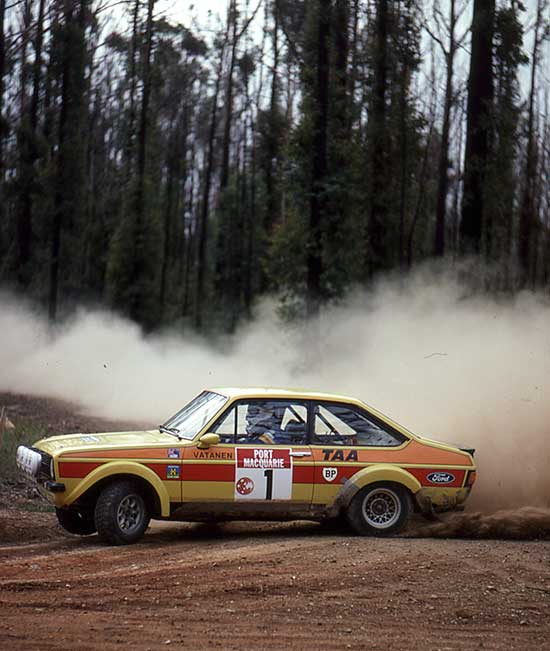 Ari Vatanen set the Aussie forests alight in the 1980 Southern Cross Rally. (Photo: RallySport Magazine archive)Why are they so good? Is it in their DNA? Is it their roads? Is it their upbringing? I think it is all of those things and more.

The storybook unfolded. Makinen, former World Champ and ‘Flying Finn” runs Gazoo Racing, the factory WRC outfit for Toyota. He has shown faith in Finnish drivers Lappi and Hanninen, backed up by experience in Latvala, another Finn.

At 32, Latvala has a lot still left in him and it was only a mechanical problem that robbed him of a win. It could have been an all Finnish podium!

The whitewash of Rally Finland by local rally drivers has sent a message to the rest of the WRC. The “Flying Finns” are back!

And the sport is lapping it up big time. Record crowds in Finland saw some people walk in more than three kilometres to view the cars, not one of them saying it was a wasted walk.

Rallying is different, we don’t have grandstands, we don’t have nice corporate facilities and when it rains we get dirty. That’s what defines our sport. If you spectate, expect dust, expect to have to walk and expect to be blown away with action you cannot see in any grandstand.

With average speeds over 135km/h, one can only expect action a-plenty.

The world’s fastest gravel rally has a few things in common with Kennards Hire Rally Australia. 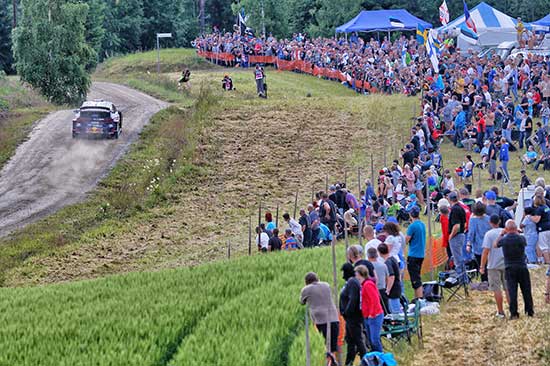 Many WRC drivers have said our stages are similar to Finland. We don’t have the lakes and the jumps, but we do have the big commitment stages that Finns with the raw talent, breeding and commitment will take advantage of.

In 1980, Ari Vatenen showed locals a clean set of heels in the Castrol International Rally, and his times in the Southern Cross Rally, based around Coffs Harbour and Port Macquarie, are legendary. It was a time when drivers committed to roads based on what they could see, rather than paying attention to someone calling pacenotes.

Last year, standing out at the spectator point at Rally Australia on Friday morning, a fast-flowing stage out the back of the ‘Pub With No Beer’, the land owner recalled that one of his pigs came up to Bjorn Waldegaard in 1979, sitting in his Escort RS1800 waiting to start the stage! He didn’t know whether to pat him or jump the start!

He said he had never seen cars that fast!

With electric cars becoming mainstream in the not-too-distant future, recalling memories like these will be harder, make no mistake. They will be fast, but will they sound good?

Start planning now. Book tickets, find accommodation and get yourself to Kennards Hire Rally Australia. Our team are putting on the best show we can, the Finns will shake it up, and don’t expect any of the other WRC drivers to take second place either!

Don’t sit at home, come and enjoy the best rallying you will ever see in Australia. 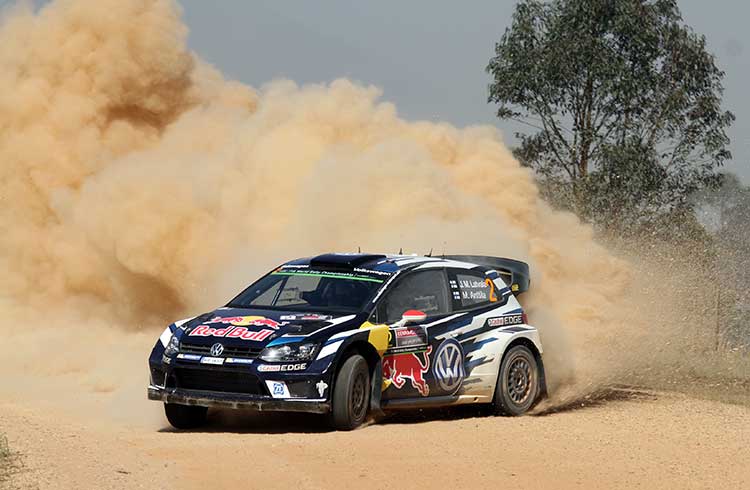 Finn Jari-Matti Latvala is due for a change of luck in 2017, and that could come at Rally Australia in November. (Photo: Peter Whitten)