Consistency name of game for Marston in Whangarei
×

Consistency name of game for Marston in Whangarei 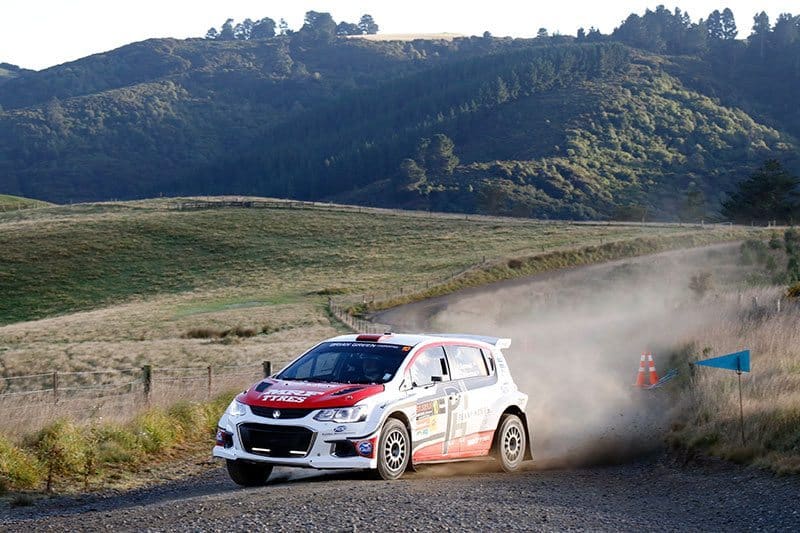 Josh Marston and co-driver Andrew Graves aim for another steady, consistent run in their Penny Homes Holden Rally Team Barina AP4+ as they tackle the two-day International Rally of Whangarei this weekend.

The Whangarei event, running 5-6 May, is round two of the 2018 Brian Green Property Group New Zealand Rally Championship and comes only three weeks after the opening round in Otago where Marston and Graves, from Christchurch and Gore respectively, delivered a solid performance to secure fourth place.

With Holden team-mate Greg Murphy busy with his Supercars Championship commentating commitments, Marston is the only Holden driver in Whangarei.

“We’ll be working hard to have the setup right for the flowing and cambered Northland roads,” says the 33-year-old who goes into this event fourth in the NZRC drivers’ championship standings; he has been seeded 12th in a packed entry list featuring international, WRC and national competitors.

“From Otago, we bring good confidence going into the event and aim to settle into a good rhythm in the car during the rally. It’s an awesome rally to drive if it’s dry and the forecast looks like it will be so I’m happy about that.”

The Holden Barina AP4+ rally cars are run by RDL Performance owned by Marston’s family in Christchurch. Marston says: “We have found some items which are going to help the braking and also rear grip that were lacking at Otago and these changes will be implemented for Whangarei. There have not been any opportunities to test locally so we are going to attend the pre-event test at Whangarei this week.

“Huge thanks to the team at RDL for their hard work. I couldn’t ask for a better group of guys to go rallying with.”

Marston adds: “It’s a shame Greg can’t make it to Whangarei but at least it’s the only clash this year and he can get some more time in the car at Canterbury Rally to help improve on his good pace shown at Otago.”

Murphy says he’ll be checking the results on Chrissport if he can. “I’m looking forward to seeing Josh, Andrew and the Penny Homes Barina improving on their results at Otago. Bring on Canterbury for me and Mark [Leonard, his co-driver]!”