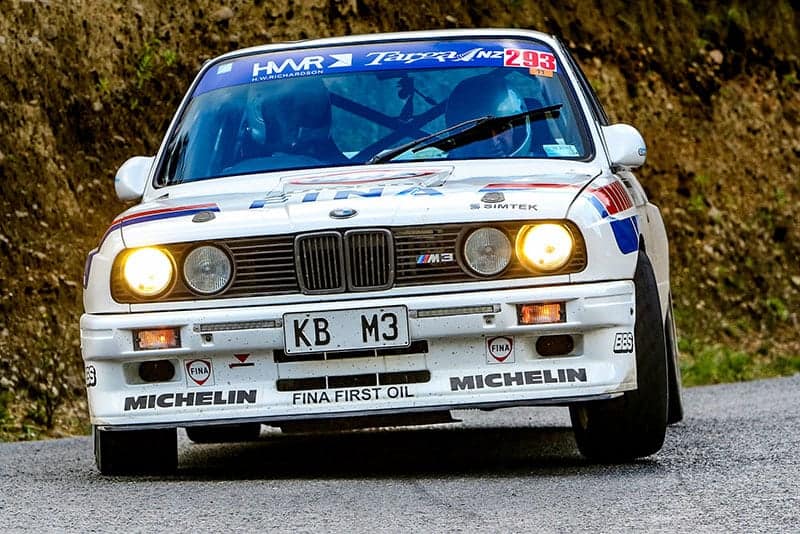 The countdown has begun for the 2018 Targa New Zealand tarmac motor rally, the annual multi-day marathon event returning to the South Island in late October for only the second time in its 24 year history,

This year the iconic closed road stage event starts in Invercargill on Tuesday October 23 and takes in over 600kms of closed special stages linked by close to 1800km of touring stages through Southland and Otago before a ceremonial finish in Queenstown on Saturday October 27.

The last time the event was held in the South Island was in 2014, and the man behind it, Peter Martin of the Auckland-based Ultimate Rally Group, says that heading south again was a matter of when, not if.

“The people, the roads, the – relative  – lack of traffic……since we did our special 20th anniversary event from Christchurch to Queenstown in 2014 the one question that everyone from competitors to volunteers has asked me since is, ‘when are we going back?”

Keen event competitor, and now sponsor, Scott O’Donnell of the Invercargill-based H.W. Richardson group of companies, helped by offering the group’s world-famous BiIl Richardson Transport World and allied facilities in and around Invercargill to host the up to 200 cars expected to start this year’s October event.Martin says he has also had nothing but positive ‘how can we help?’ responses from Councils and other local authorities throughout the Deep South.

Though entries are still open Martin expects the field to be made up of “over 75 competition cars, probably the same number, give or take, in the (concurrent but non-competitive) Targa Tour, and at least 50 in the new Time Trial we have put together with the Vintage Car Club.”

Favourites to claim their fifth consecutive win in the event are South Auckland pair Glenn Inkster and co-driver Spencer Winn in their AndrewSimms.co.nz Allcomers Class 10 Mitsubishi Evo 8. Though the driver whose record they have to match, circuit-owning entrepreneur Tony Quinn is back with new co-driver Kieran Anstis and a late model Global Security Production 2WD Class 6 Porsche GT3. 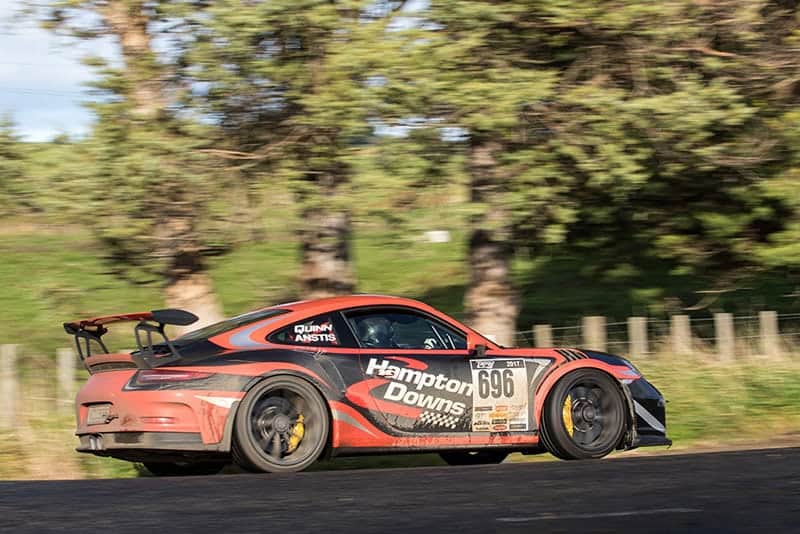 The concurrent but non-timed Targa Tour has again attracted a mouth-watering array of late model and classic exotica including no few than 12 Porsches, several Aston Martins and one of the very few Italo-US 1966 Iso Grifo V8 sports coupes – to be driven by Peter Lyttle with Geraldine mate Geoff Brien co-driving – still in active use anywhere in the world.

This is the ‘busy time’ for Peter Martin and his Ultimate Rally Group.  A month after the five-day Targa New Zealand tarmac the group is running their biennial – this year eight-day – NZ Silver Fern gravel rally in the North Island.

It starts in Hamilton on Saturday, November 24 and after overnight stops in New Plymouth, Ohakune, Palmerston North, Havelock North and Gisborne, ends in Rotorua on Saturday December 01.