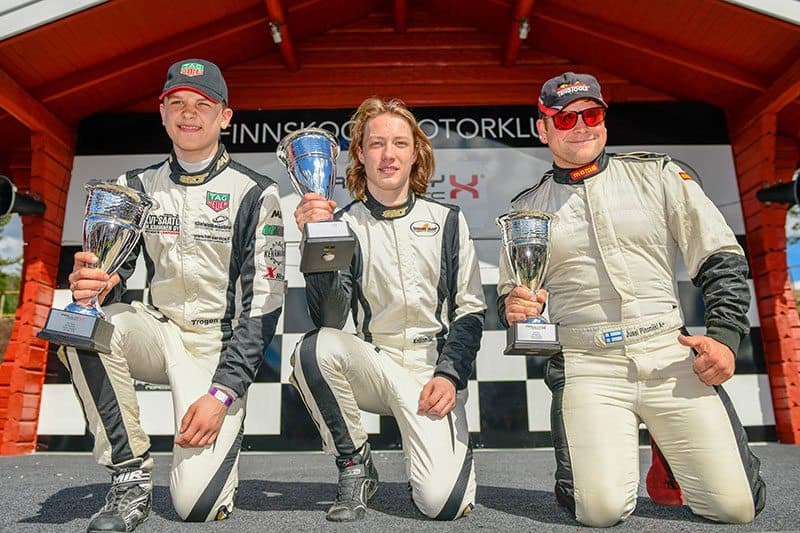 The 2018 RX Academy season started with a bang at the world-famous Holjes Circuit in Sweden, where Finnish driver Jimi Kalliomäki (#95) won the final to claim his maiden rallycross victory and take the points lead (May 6).

Building his pace throughout his first rallycross event in the single-make RX Academy Renault Clio RS RX, Kalliomäki set the fastest time in Q3 to be top at Intermediate Classification and won semi-final one from pole position. He then led the final from lights-to-flag to secure a maximum points haul.

Fellow Finn Sami-Matti Trogen (#22) finished second, having won semi-final two and joined Kalliomäki on the front row for the final, while New Zealand driver Sloan Cox (#21) completed the podium in his first ever competitive event in Europe.

“I’m really happy. I made a good start and drove a clean race in the final,” said winner Kalliomäki. “It was a hard race, but I tried my best and managed to win. This is really great and now I can look forward to the next race, of course I would like to win there too.”

With the drivers split by just tenths of a second, racing in the RX Academy opener was close throughout the weekend. Chasing leader Kalliomäki hard in the final, RX Academy on Ice race-winner Trogen made an attempt to move into the lead on the final lap, but had to settle for second position.

“It was an okay race for me, but I didn’t have the pace to win today,” he said. “I tried to pass Jimi on the last lap but it just wasn’t enough. My plan is to fight back and win round two at Honkajoki.” 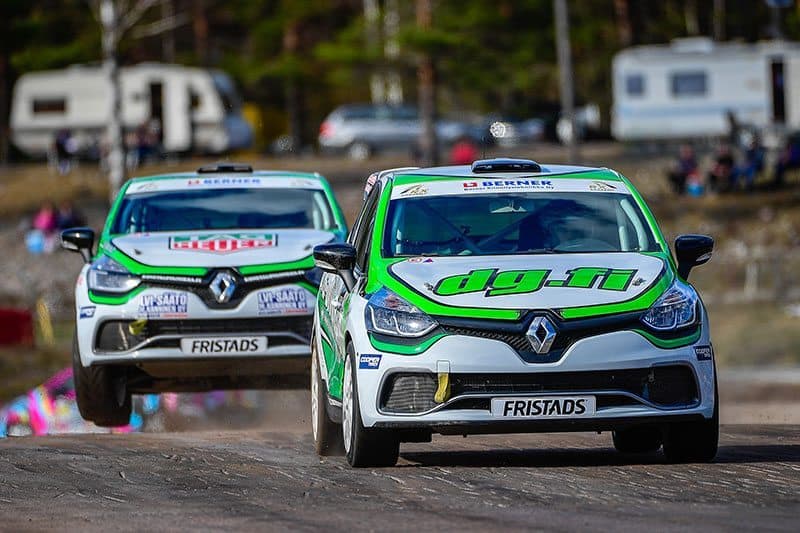 Cox was delighted to finish third at the World Rallycross Championship host venue.

“This has been an awesome first event. I loved the whole race and I’m glad to be on the podium,” he explained at the finish.

“I expected this to be good, but I’ve had an awesome time, I’ve learnt loads and to be on the podium was better than I could have imagined for my first time being here.”

The first fastest qualifying time of season went the way of Trogen on Saturday evening, before Polish driver Oskar Leitgeber (#3) was quickest in Q2 on Sunday morning on his way to netting 15 championship points for second in the Intermediate Classification.

He then made the final by finishing third in semi-final two and concluded his first RX Academy event fourth, just shy of a maiden podium.

Splitting Trogen and Leitgeber in the semi-final two encounter was Australian Troy Dowel (#87), who then finished fifth in the first RX Academy rallycross event held in Sweden, while Russian driver Marat Knyazev (#96) was classified sixth. Knyazev made it into the final with third in semi-final one, but was forced to retire.

Swede Isak Reiersen (#70) and Estonian Marko Muru (#27) just missed out on a place in the final by finishing fourth in semi-finals one and two respectively. In the final corners of semi-final one, Reiersen had passed Knyazev to climb into a final-qualifying position at his home circuit, only to be slowed in the last corner of the race with a puncture and lose the position.

“It was great to start the 2018 season at such an iconic circuit and I was impressed by the level of all of our drivers this weekend,” said Jussi Pinomäki, Head of RX Academy. 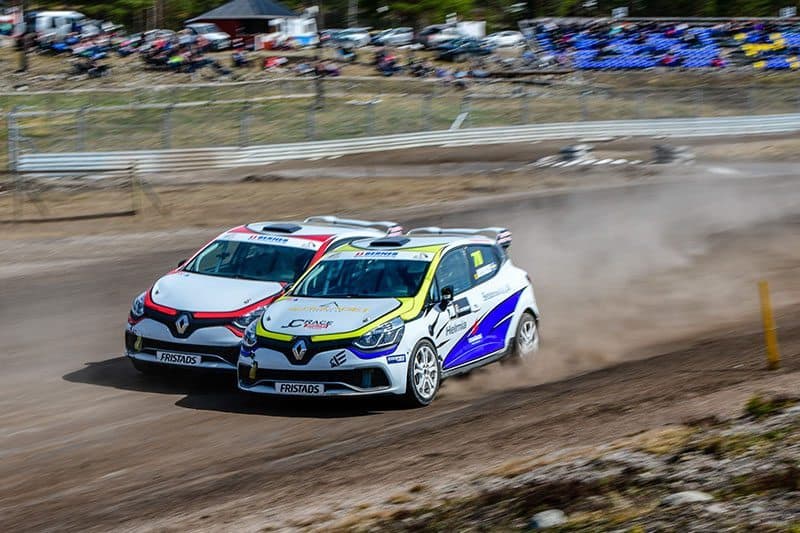 “It was really interesting that at different stages of the event different drivers were faster, I think it not only shows that the drivers are very close in terms of performance, but that also when you are racing in exactly the same cars, the margins are very, very small.

“The racing was mainly fair, and I must say congratulations to Jimi for leading the final in the way he did to get his first win. The younger guys all stepped up this weekend against the more experienced drivers, which I was really happy with. It was a shame for Isak not to make it into the final at his home track after he pushed so hard in the semi-final, but that’s rallycross and I’m sure like everyone he will be back out fighting in round two.”