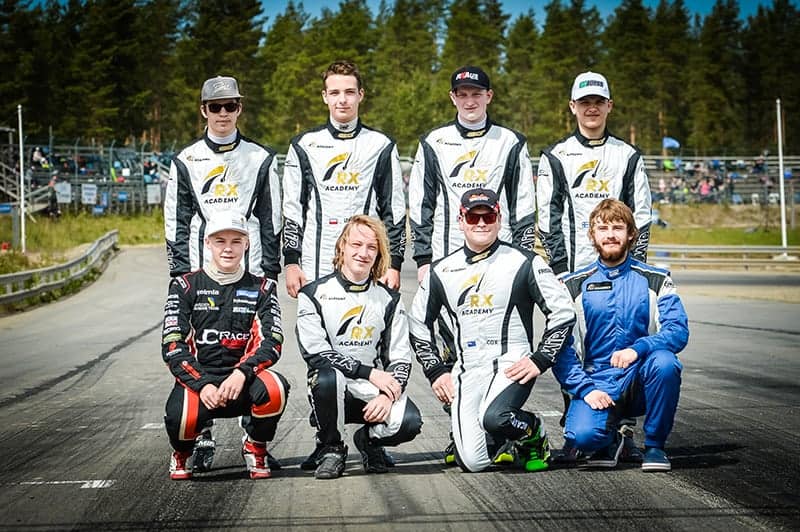 Troy Dowel (back, second from right) performed well in the latest round of the RX Academy in Finland.

Young Australian rallycross star, Troy Dowel, just missed out on a place in the final of the RX Academy event at Honkajoki in Finland.

Dowel, the son of 2011 Australian Rally Champion Justin, won his qualifying race in Q3 to be third quickest.

He had a close race to the finish of semi-final one, and although he missed the final, he continued his learning process in the tough European competition.

The final was won by Poland’s Oskar Leitgeber, who now leads the championship.