Adrian Coppin and Toni Feaver are in third in their Skoda Fabia R5, more than three and a half minutes off the lead with Marcus and Scott Walkem fourth in the Peugeot 208 AP4 and Mark Butcher and Warren Phillip-Clarke fifth.

In an eventful morning, local hope Steve Glenney and Andy Sarandis came to grief 4.2 kilometres into the second stage of the day, SS3 Mount Scott, his Subaru WRX STi sliding off the road and crashing hard.

With both Glenney and Sarandis okay, the crew are recovering the car with hopes to rejoin the event today before the conclusion of service. 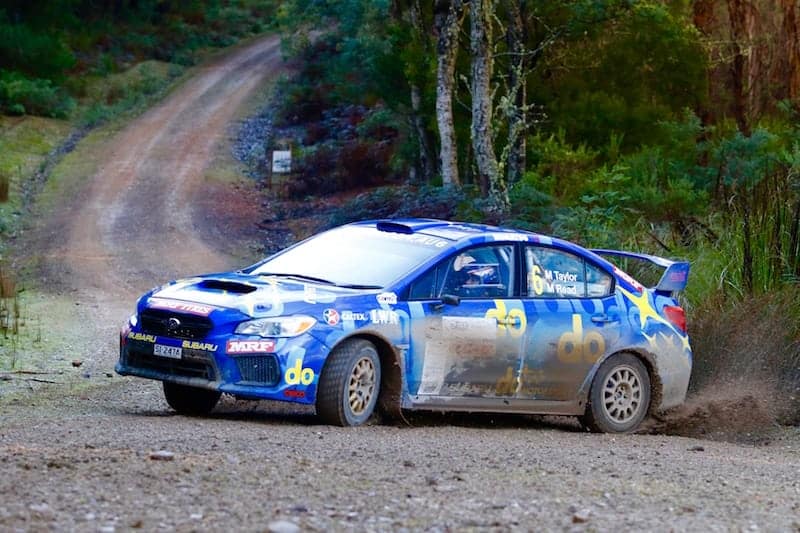 Harry Bates and John McCarthy suffered electrical gremlins in the Yaris AP4 on the first stage of the day.

Bates lost 14 minutes attempting to restart the Yaris and was able to complete the stage. He sits tenth at the midday service.

Brother Lewis Bates also had a difficult morning, forced to change a tyre in front of spectators on SS3. Bates and Moscatt are in seventh. 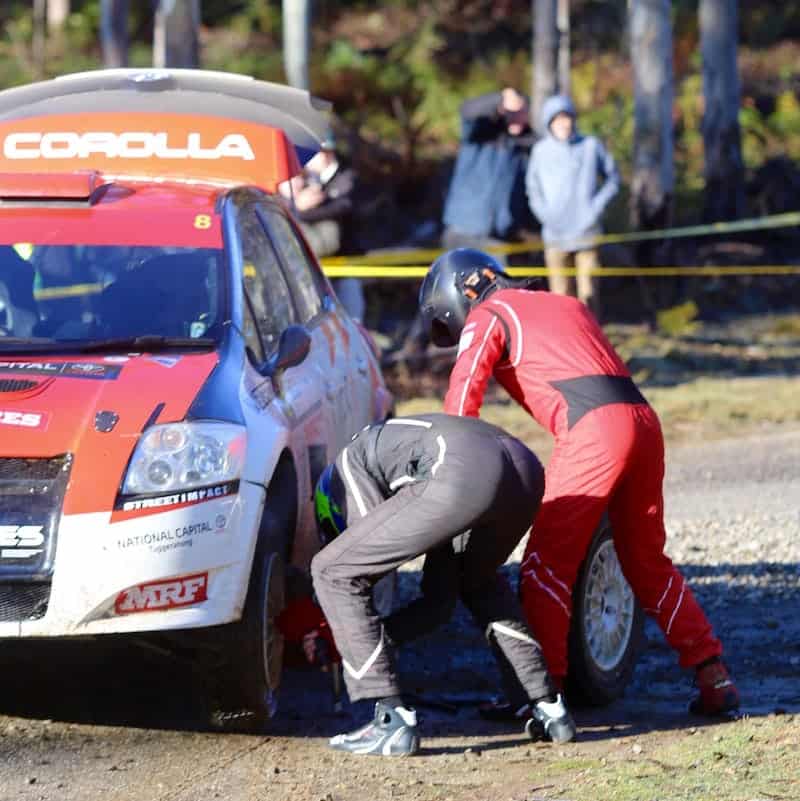 Subaru Rally Tasmania continues this afternoon with five special stages, those of which were also run in the morning.