Hyundai New Zealand star, Hayden Paddon, has completed a dominant weekend at the Otago Rally, winning all but one stage to take victory by over seven minutes.

Not registered for the New Zealand Rally Championship, Paddon returned to New Zealand this weekend with the goal of winning the Asia Pacific component of the rally, and duly succeeded.

Subaru driver Ben Hunt produced a come from behind victory in the opening round of the NZ Championship, ahead of Dylan Turner in an Audi. 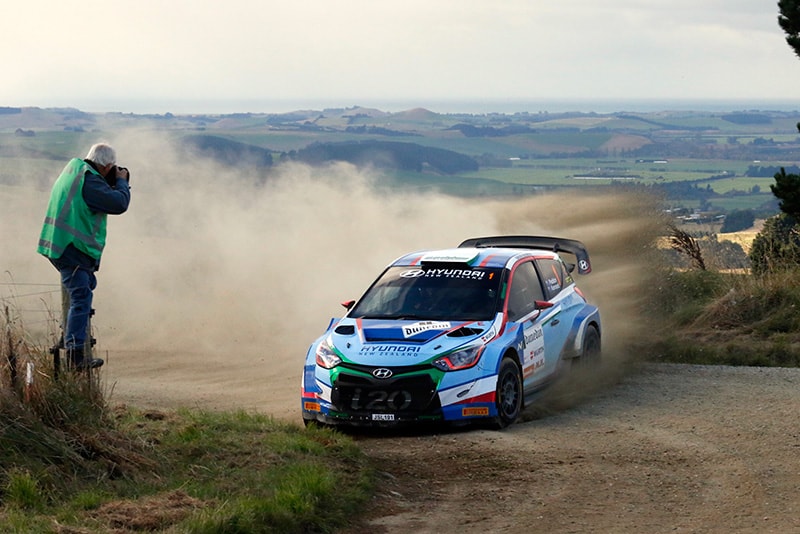 Hayden Paddon slides his Hyundai i20 to victory at the Otago Rally in New Zealand. Photo: Peter Whitten

The WRC round-winning pair scored 14 stage wins across the weekend, and will move to the next round in Whangarei full of confidence, and with their eyes keenly focused on the APRC grand final in China later this year.

Driving a pair of Mazda 2 AP4s, father and son Andrew and Jack Hawkeswood finished in second and third places. 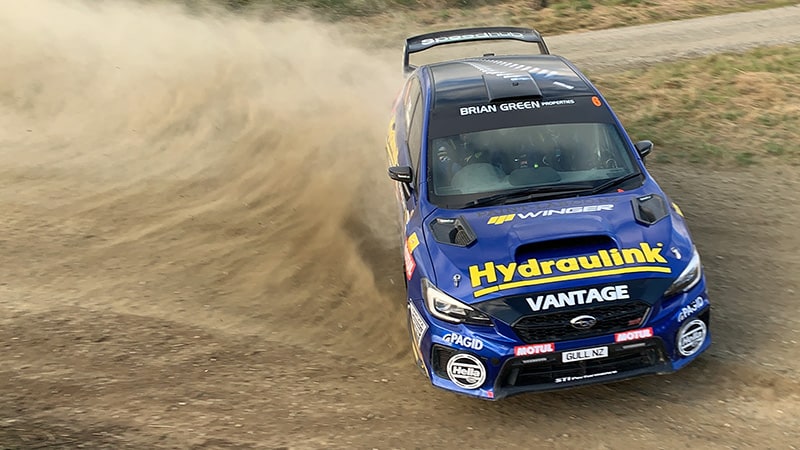 Ben Hunt produced a come from behind drive to win the NZRC component. Photo: Matt Whitten

Leading after Saturday’s stages, Turner could not hold his lead as he struggled for speed on the roads north of the rally’s base in Dunedin.

Gore driver, Derek Ayson, held off the flying Regan Ross for second place after a spirited drive on the final few stages of the rally.

Ross had been ahead of Ayson early in the rally, but lost time with a mechanical problems late on day one and could not claw back the time lost.

There was total Escort RS1800 domination, with Jeff Judd and Graham Ferguson completing the top five, ahead of the first Australian, Stewart Reid, in sixth.

The pair, from Pokeno and Motueka respectively, led home Tom Bond in his Subaru Legacy.

In the Allcomers Rally, Jack Williamson finished over a minute ahead of his nearest rival.

Williamson, driving a Subaru, finished ahead of Bryn Smith and Garet Thomas.

The Otago Rally receives Major Events funding from Dunedin City Council, and is supported by the Otago Community Trust.