Rally Australia burst onto the World Rally Championship scene at the end of the 1980s, injecting a new energy and scores of innovative ideas, many of which became new norms in the sport. They were heady days when Rally Australia was run out of the Western Australian capital of Perth. It was quite the jewel in the annual WRC crown, but after almost 20 years the party came to an end. New political powers in the state had decided that the event should be run by their own officials, and when it became clear this was an unattainable objective, the state decided it did not need the event in their territory at all. After the shock of rejection had worn off, the Australian federation, CAMS, started examining the opportunities of resurrecting the event as a round of the world championship. Critically this meant moving to a state which would welcome the chance to host the event, but geographically meant moving 4000 kilometres to the east coast side of the country. Wayne Kenny is Clerk of the Course and Senior Executive Officer of the present day Rally Australia, and gave an insight into his event’s current life in the sport’s corridors of power. Was, for instance, Rally Australia these days an ongoing fixture in the world championship, or does it have to fight for inclusion every year? Wayne Kenny: We haven't had to fight for it every year. We have had a three year agreement with the WRC Promoter up to 2019 and we are negotiating for after 2019.

We have good support from the New South Wales (NSW) state government, which they have that signed up to 2020. State government support, of course, is a two edged sword as the people in Perth discovered.

It all depends on elections, who is in power and who isn't. But if you have a long term contract either side will abide by that contract. Martin Holmes: Basically Australian motorsport thrives because of governmental support? WK: As there is now no motor industry in the country, and except for the V8 Touring Cars which receives massive recognition on television, pretty much all Australian motorsport relies on governmental support. NSW government supports nearly every event run in NSW. 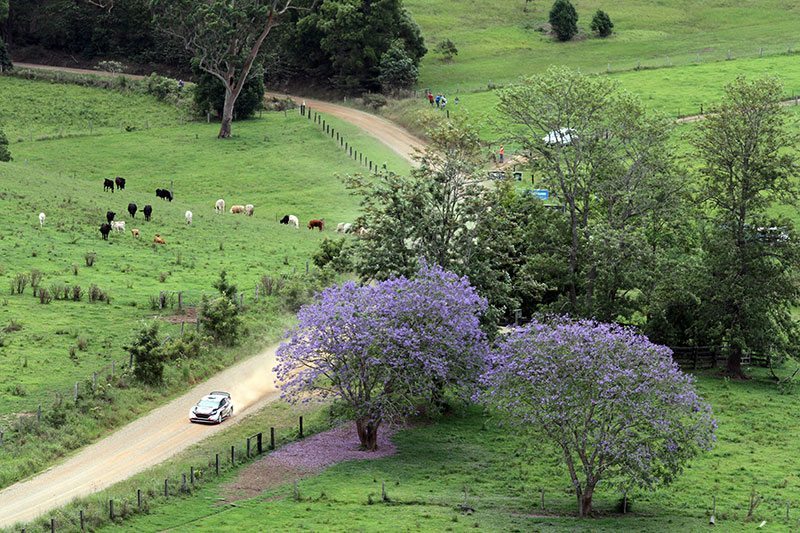 MH: The WRC Promoter is accelerating its policy of enticing more countries into the championship. We wonder how many of these offers of eventual inclusion in the WRC can come to pass. Is there a genuine intention by the Promoter to expand the championship, or is the policy intended to stop a sense of complacency? WK: I think it is probably a little bit of both. I'm sure that all the candidate events are struggling and need to pay money to the promoter to ensure that they become part of the World Rally Championship.

MH: The long established rounds of the WRC all have their own special identity (Monte Carlo - racing in the winter, the speed in Finland and so on). What is the special identity of current day Rally Australia? WK: I really believe the special identity for Rally Australia is Coffs Harbour itself. It provides a versatile type of event. We're right on the edge of the beaches and we're on the edge of the mountains. They're both within 20 kilometres of each other. We have a wide range of stages, extremely good forest roads, we have the shire (closed public road) stages, remarkable stages like Nambucca and those which are very good, open, wide and provide good TV. And there is an Australian flavour to the whole event. Australians are renowned for being nice, friendly, open people and we try to promote the Australian outlook on what we do. 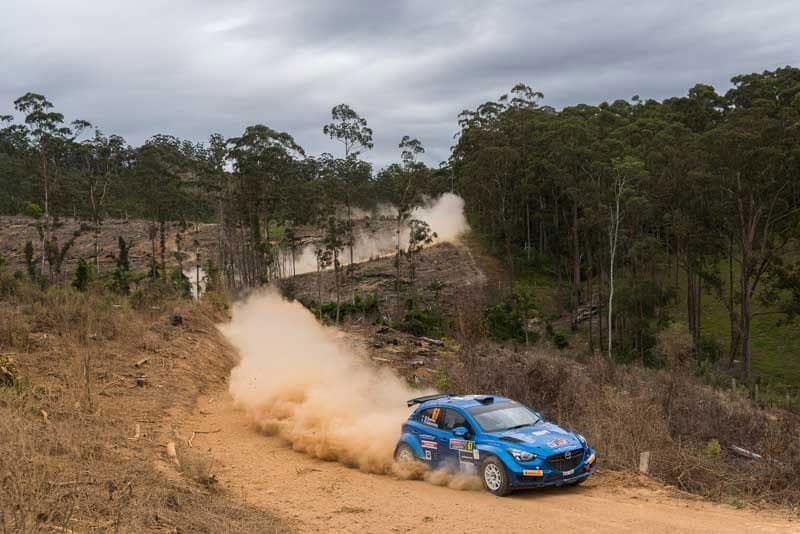 AP4 cars, like the NZ-built Mazda 2, are eligible to contest Rally Australia.

MH: Australia and neighbouring New Zealand are notable for promoting the use of special vehicle rules in rally sport, the AP4 car formula. I get the impression the only reason that your people accept AP4 vehicles is financial? WK: I would agree with that. It is that the AP4 cars can give our competitors the (advanced performance) experience which they can then help them progress. There are drivers in Australia trying to get to the top level and AP4 cars are the only vehicles they have. We are also attracting some New Zealand AP4 cars to come to Australia. The AP4 standard in Australia is at a very high level and although they are not a World Rally Car, they perform very well. I think we are at a crossroads at the moment. MH: Do you see the AP4 option as helping Australian crews succeed in a WRC event? WK: The AP4 gives our competitors the opportunity to run at Rally Australia, see how their cars compare to even WRC2 cars (R5) as well as the World Rally Cars. It gives them the opportunity to compete on the same roads, at the same time and in the same weather conditions and gain the experience they need.

We certainly have two or three drivers who are really pushing, trying to achieve bigger and better things for themselves so they can eventually get in to a championship, whether it is WRC2 or above.

MH: Is it a matter of regret or convenience that Rally New Zealand is not currently a force in the WRC? They were in the WRC for over 30 years, several more years than Rally Australia has been. KW: As far as Rally Australia is concerned, Rally New Zealand has always been a great event. We've never had any issue with them. I think the main reason they aren't actually in the World Rally Championship is a lack of support by their government. And I believe that if they did have full government support they would certainly be a round of the world championship. 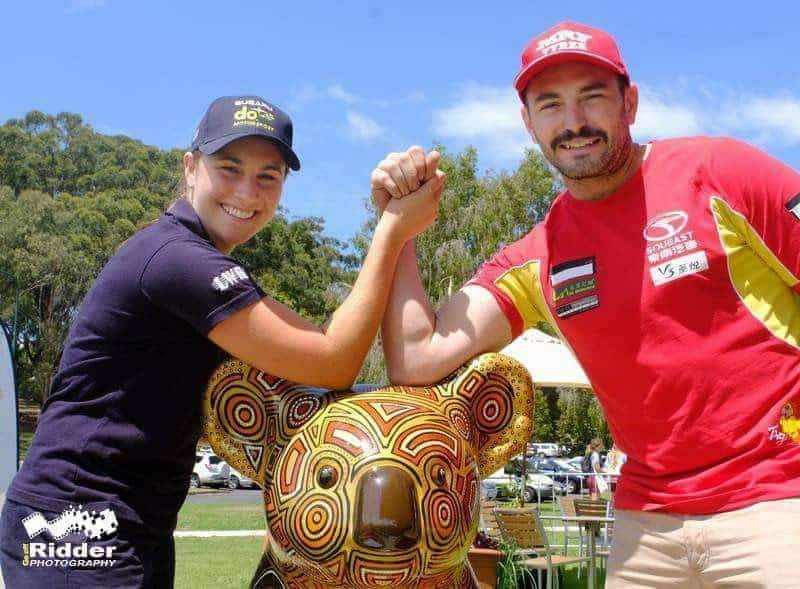 Doing a WRC event on an alternate year-by-year basis certainly won't work. It is extremely difficult to find sponsors on a year-by-year basis, there would be no benefit for that sponsor. And we could never enter arrangements where we share sponsors along those lines.

It might sound an ideal situation, but I don't believe that can happen. Different people are involved at an officiating level from our federation (Confederation of Australian Motor Sport) and from Motorsport New Zealand, though we do get on. We have our own championships and we hope to have a joint series Cup for cars from both the New Zealand and Australian Rally Championships. MH: Do you feel that the international success of New Zealander Hayden Paddon has a beneficial effect on Rally Australia? WK: Hayden is beneficial to Rally Australia. He and Rally Australia have a great relationship. We work and support each other as much as we can. I'm sure Hayden would prefer to support a WRC Rally of New Zealand, but unfortunately that is not the case at the moment. We are the only world championship in Australasia, and New Zealand is part of that. We are hoping to attract more NZ competitors to Rally Australia in future and that really relates back to Hayden and what he thinks of Rally Australia. Back in the days when New Zealander Possum Bourne rallied in Australia, Bourne really made a big name for himself at Subaru. These were probably the healthiest years of national rallying in Australia. 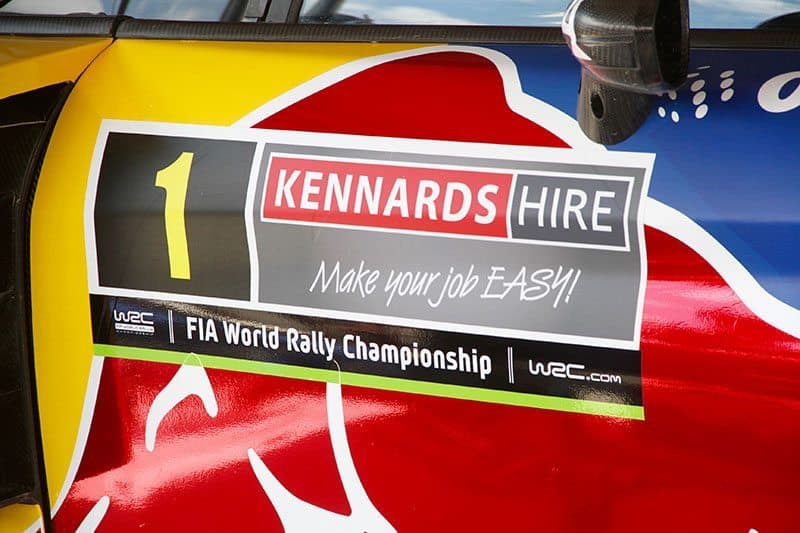 Rally Australia has been a regular in the WRC since 1989.

MH: Finally, the whole debate about whether WRC should run out of big cities. Do you think the small town of Coffs Harbour (80,000 population) is an ideal location for a world championship event? WK: Look, I understand that people are not overly impressed with the numbers of people that can be attracted to Coffs Harbour, but that can be said for any motorsport event in Australia. Most of the events in the World Rally Championship aren't run out of a major city. The NSW government’s preference to run the event on the north coast is for reasons that suit them. However, I believe each year we are getting more people to the event each year, but it is difficult to attract any more than we do.

We had a total crowd of 65,000 last year, which may not sound great when you compare it to a lot of the European events, but it is still probably some of the highest in Australia.

MH: Do you think Canberra (federal capital of Australia, 400,000 people) would be more suitable? KW: No, not really. I worked in Canberra for many years and ran their major events. These were supported by the ACT (Australian Capital Territory) state government, but at the moment the ACT government aren't interested in giving full support for even the Asia-Pacific event. Unfortunately the ACT have lost many old stage roads in the major fires in 2003, and since then they've been very restrictive in the areas they can use. I think Canberra is not an option.