The Lancia Rally 037 should have been unbeatable in the World Rally Championship, but the introduction of Audi's Quattro 12 months before the Italian machine made its debut meant the 037 didn't dominate perhaps as much as it should have. Announced in March of 1982, the rear-wheel drive Lancia had a 1995cc supercharged engine that was mid-mounted. Whereas most manufacturers do months of testing before a car's debut, Lancia had decided to do on-event development of their car, and as a result it only produced mediocre results when it was debuted. But it was in 1983 when the car really started to come into its own. First and second on the Monte Carlo and Acropolis rallies, first and third in New Zealand, a 1-2-3 in Sanremo, a 1-2-3-4 in Corsica and third, fourth and fifth in Portugal enabled Lancia to take the World Manufacturers’ Championship ahead of arch-rival Audi. 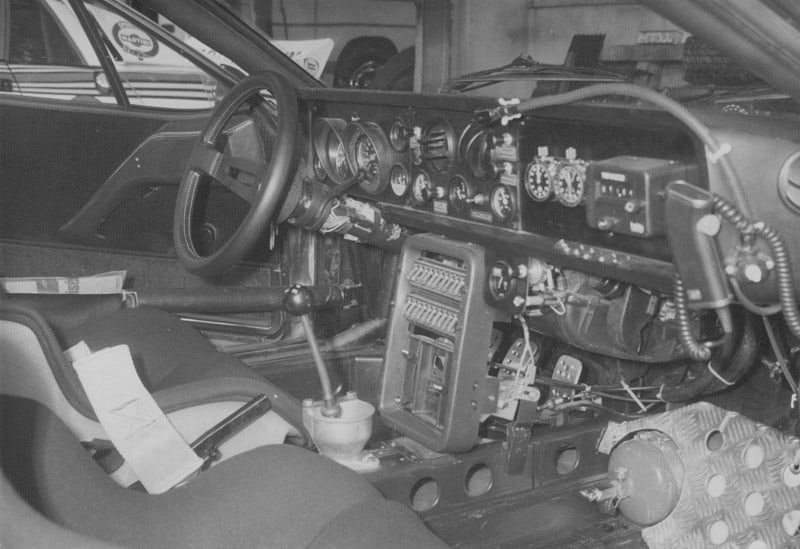 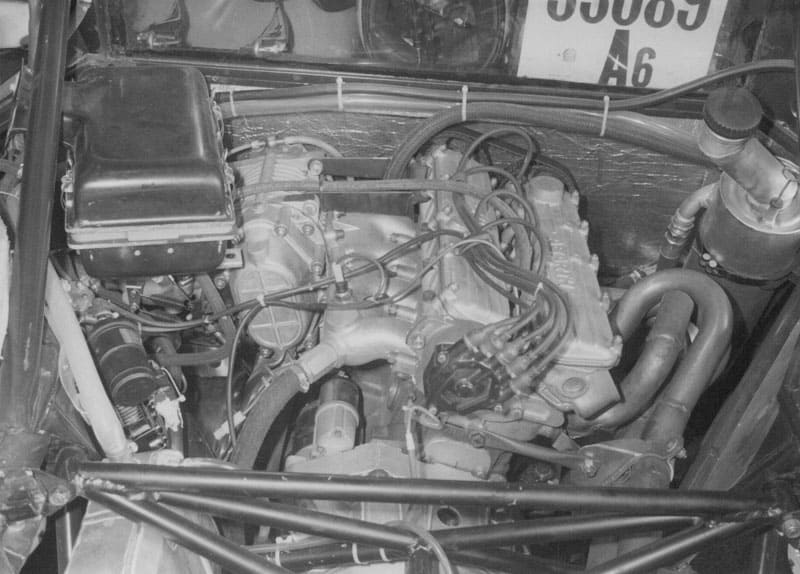 Twelve months later, however, with the introduction of Peugeot's 205 T16 and the further evolution of Audi's Quattro, the two-wheel drive Lancia was struggling. 1984 only produced one win, for Markku Alen in Corsica, although the team took five second placings in the 12 round championship. Quite obviously, it was only 4WD which the Lancia Rally 037 lacked. The car produced 205 brake horsepower in standard road-going trim, and had tremendous torque between 1500 and 3000 rpm, thanks to the supercharger. The main plus for the car was that it was deigned as a competition car right from the outset, although in its first few events in 1982 it was too heavy and underpowered. Indeed the car weighed in at 1170kg and only produced about 15bhp more than the car it had replaced, the Fiat Abarth 131. By its WRC debut in Corsica the weight had been reduced to 1010kg, but team drivers Markku Alen and Attilio Bettaga both crashed. The Acropolis Rally also saw both cars retire, Alen's with a broken rear chassis caused by an engine mount failure. 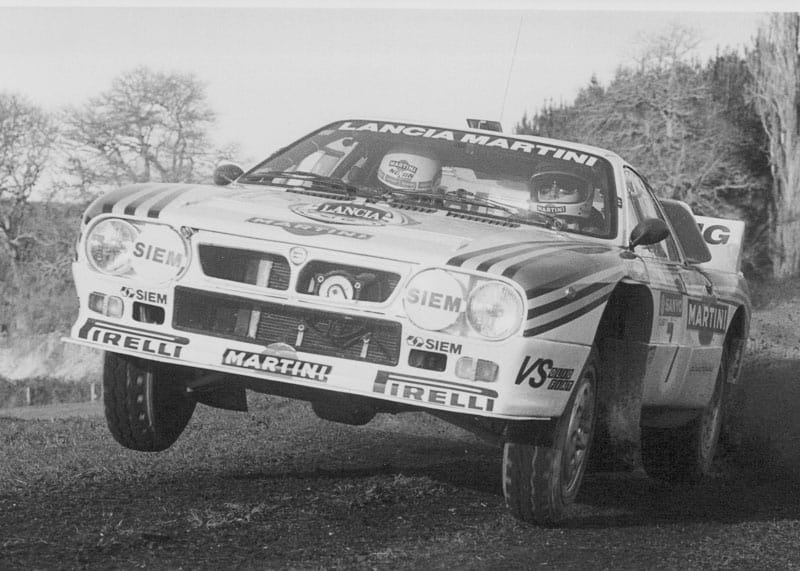 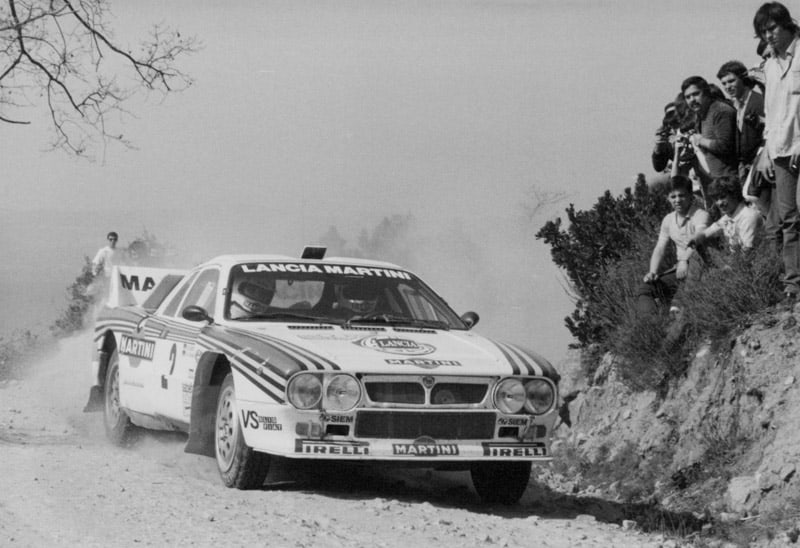 Walter Rohrl kicks up the dust on the 1984 Rally of Portugal. Photo: Martin Holmes

A titanium roll cage was then installed in the car, reducing the weight by 7kg and increasing the strength by around 30% – money obviously being no object to the Italian team. The panels of this Group B rocket were another area where weight could be reduced, with the team going first for Kevlar panels (instead of fibreglass) and then carbon fibre. This reduced the weight further to 985kg and 969kg respectively. Meanwhile, engine power was being increased all the time. An extra 70bhp had been gained and the engine was producing 305bhp at 8000rpm towards the end of 1983, enabling the car to accelerate from 0 to 165km/h in 350 metres and complete a standing 400m in just 12.5 seconds! “The engine is the most important reason why this car is winning,” Walter Rohrl said after taking the car to the World Championship. 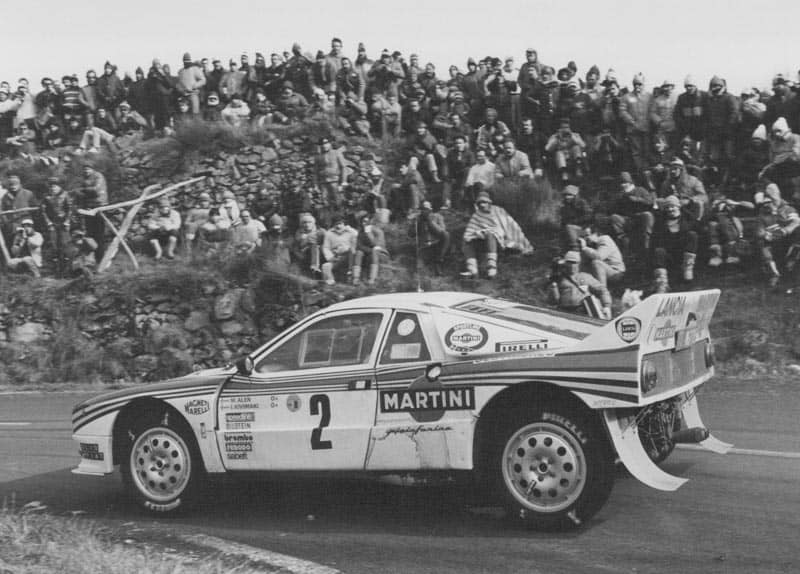 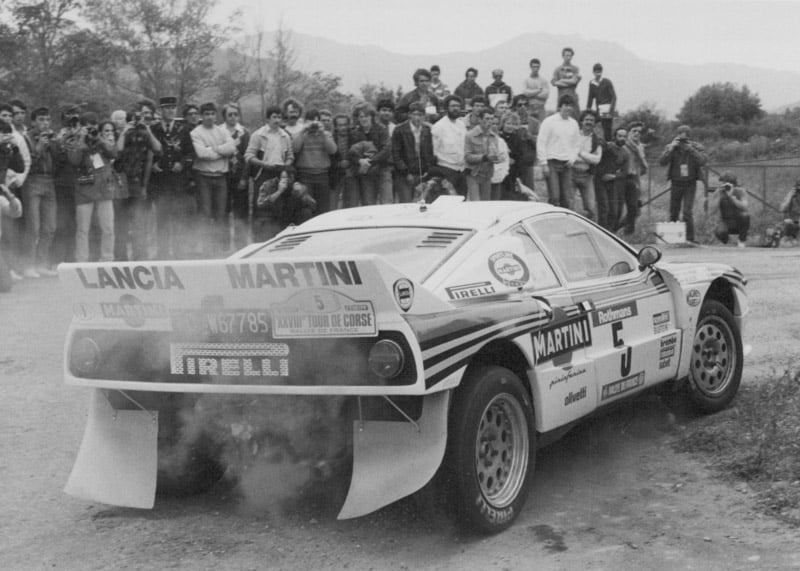 “From 2000rpm it is working. If you want you can stay in fifth gear, and always there is some pulling power. Another thing about this car; the chassis is perfect! Steering, brakes, suspension - all are right,” Rohrl explained. All the while respectable results were being obtained, but after the end of 1984 the team and its drivers were just playing out time waiting for the debut of the four-wheel drive Delta S4, a car that would put Lancia back on an even footing with Peugeot and Audi. The Delta S4 didn't emerge until the RAC Rally of 1985, by which time the 037 was producing about 345bhp. 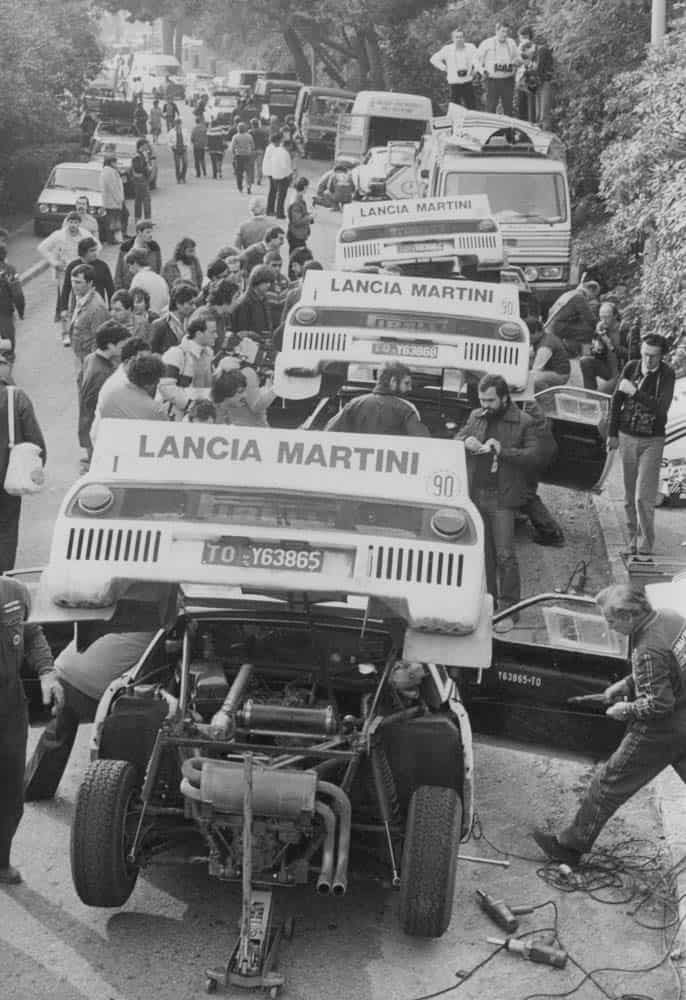 Lancia's wait paid dividends with the S4 winning first time out, but had it not been for 4WD, the 037 probably would have been the car to beat for many years after. Exciting to watch, particularly in the hands of Alen and Henri Toivonen, the Lancia Rally 037 was the first purpose built Group B rally car. New Zealand was as close to Australia as a works car ever got, but as videos show, like the Stratos in the 70s, the Lancia Rally 037 has gone down in history as one of the great rally cars.
VIP Exclusive Content
Get full, exclusive access for only $6.55/month.
Subscribe Now
Already have an account? Sign in