Estonia will make its World Rally Championship debut in 2020 as the championship releases its new calendar.
Rally fans will need to wait until September 4 when Rally Estonia restarts the WRC.
Four further rounds will conclude the 2020 season in some of the most picturesque parts of the world.
Turkey, Germany, Italy and Japan will conclude the calendar.
“Today’s restart announcement sends a clear signal that the 2020 WRC is back in business,” Oliver Ciesla said.
“WRC Promoter has worked tirelessly with the FIA, our competitors, teams and potential rallies, in exceptional circumstances, to revise the calendar. Today’s news allows the WRC to restart at an appropriate time and ensure a season worthy of world championship status. 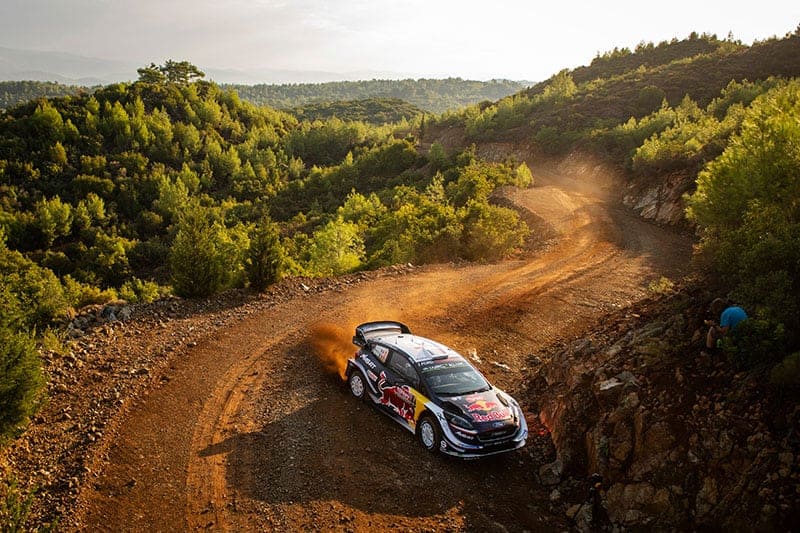 Rally Turkey has maintained its spot on the 2020 WRC calendar.

“Fans demonstrate huge passion for WRC in both Estonia and Italy. The expectation there, and across the sport in general, will build rapidly from now ahead of September’s championship restart,” Ciesla added.
While hoping to be part of the calendar, Rally Argentina missed out.
“We are naturally truly disappointed we couldn’t find a logistically viable solution to reschedule Rally Argentina, particularly given all the hard work undertaken by Automóvil Club Argentino and every member of the organisation,” FIA Rally Director, Yves Matton said.
All remaining events are eligible for competitors in the WRC 2 and WRC 3 support categories. Future dates for the FIA Junior WRC Championship will be announced separately.