From passion to profession, and the ultimate driving tours

Many of us would like to turn our passion into a profession. Anthony Moss has done it. Liz Swanton finds out more…

If you’ve done any tarmac rallying, you may have come across Anthony Moss, or heard the name.

Born and bred in Sydney’s Sutherland Shire, Moss was one of the brains behind the Dutton Rally Series that involved events in four states in the early years of this new century.

Out of the experience of running ‘the Dutton’ – and his ongoing passion for motorsport and beautiful cars – he came up with another idea that is fast becoming an international success. The name says it all: Ultimate Driving Tours.

Moss and partner Julie Hunter have created a series of top-end tours that combine the chance to drive some of the world’s most glorious supercars – think Ferrari, Lamborghini, McLaren and Aston Martin – along some of the most amazing roads in Europe, Britain and America, with the best of accommodation and restaurants as part of the deal. 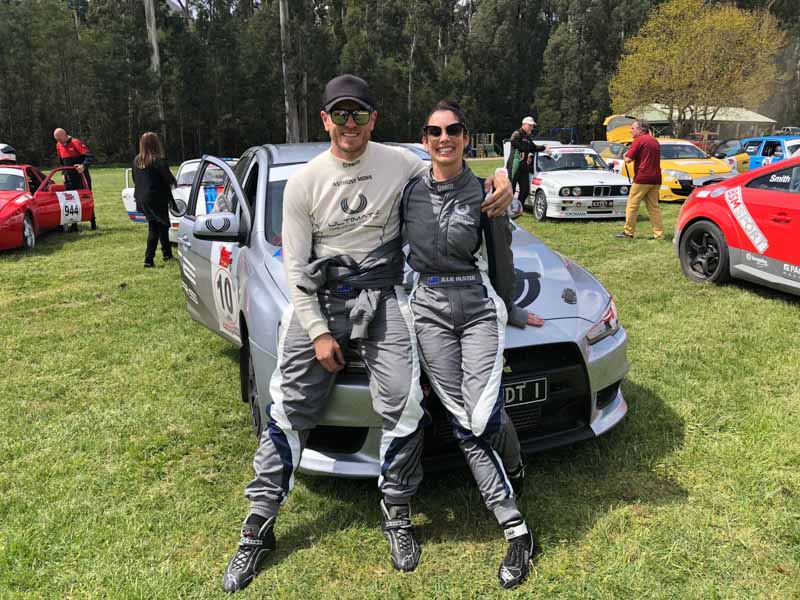 While some of the tours come from Moss’s own bucket list, that’s not the motivation behind them. Nor is money. There are, he says, easier ways to make a buck.

Quite simply, the couple loves creating events that exceed their clients’ expectations and they want to be the best in the world at doing that.

When you look at some of the offerings on the Ultimate Driving Tours calendar, you could be forgiven for thinking that Moss, 42, grew up with a need for speed, but the truth is very different. No-one in the family was on that wavelength, and for a very long time, neither was he.

“At one point, I wanted to be like my dad, who worked in the stock market. But I think I was smart enough to realise I wasn’t smart enough to do that kind of work,” he chuckles.

“Then I started getting into automotive stuff and I wanted to be a mechanical engineer. But I wasn’t smart enough to know I had to be extremely smart to do that.

“When I had to pick subjects, I picked things like physics and engineering science, and I failed miserably, so I was at my wits’ end because I had no idea of what I wanted to do.”

Part of the answer came when ‘Mossy’ hassled the local supermarket for a part-time job. Describing himself as a ‘checkout chick’, he soon discovered the joy of a pay packet and the freedom all that cash – at that stage, around $44 a week – could buy. 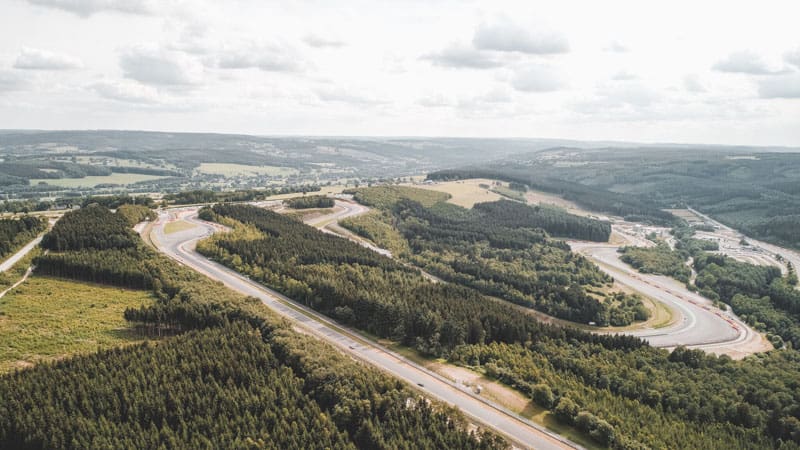 However, it was the part-time job on the side of his part-time job that went some way to setting the scene for the future: he organised the Christmas party for the supermarket staff and discovered he not only enjoyed doing it, but he could earn some extra money. The second hint to what the future might hold came around the same time: he discovered cars.

“I had a Ford Fairmont that I put some nice wheels on, and when I met the guys at the wheel store they were talking about hiring a race track. One day I went out to the track – Oran Park – with friends, and from then on we would go out and drive our cars around there. So, from that point on, it grew.”

Through the same group of mates, Moss heard about a rally run in conjunction with the Gold Coast Indycar race. They all decided to enter, thinking themselves ‘just like race drivers’ as they added numbers and sponsor stickers to their cars.

“We thought we were super-cool,” he chuckles, “being part of this, but it was a turning point because I met Sam Beck [now heading the SxS Australian Championship]. He was helping out, but he was talking about an event he was going to start in Victoria called the Dutton Rally. We agreed we would go down and do it.”

The following year Moss and his mates were as good as their word, fronting up to compete in Beck’s new-look Dutton Rally [the original was run between Melbourne and Adelaide, during the time the F1 GP was run in SA].

“It was great fun and later that year we were wondering why no-one was running one in Sydney. Sam said everyone kept telling him they wanted to do it but no-one had put their hand up. So I said ‘well, I’m going to do it’ and that’s how it started. Me opening my big mouth!” 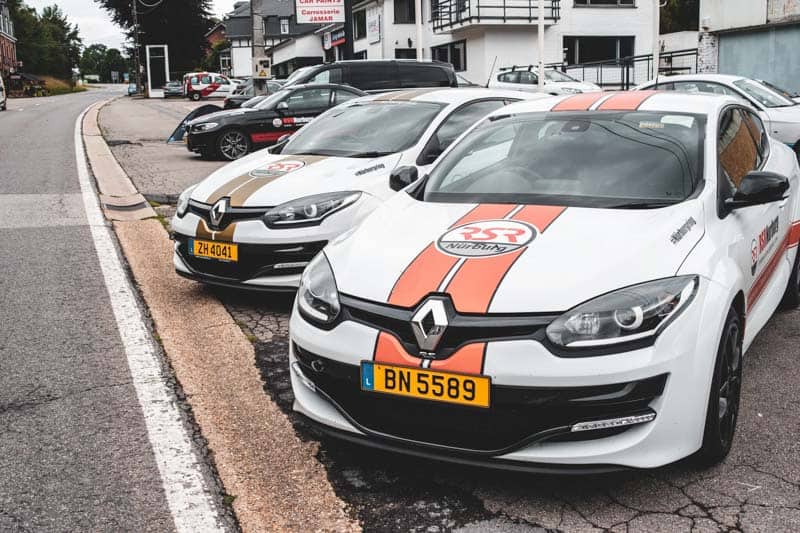 Laps of the Nurburgring are part of Ultimate Driving Tours’ itinerary.

The first Dutton Rally NSW was run by Beck and Moss in 2003; then they expanded the series to include events in Victoria, NSW, Queensland and WA. Made up of a mix of driving tasks such as motorkhanas, hillclimbs, slaloms and sprints, the series ran for around six years, initially as the Dutton Rally Series and later as the Australian Tarmac Challenge.

By then, others were copying the formula and then the global financial crisis hit, which had a huge impact. It was time to think of something else, and Moss already had the framework of his next project: international driving tours.

“I wanted to go to the Nürburgring so I took myself there, worked out what you had to do to get on the track, found out about renting cars. It’s hard to believe now but the internet was still in its infancy for a lot of things. There was no Nürburgring website like there is now, with all the information.

“Back then you couldn’t look that up. You had to know someone there and make phone calls etcetera etcetera. Back then, too, the Nordschleife was only open a dozen times a year whereas it’s now open about 150 days a year, so a lot has changed.” 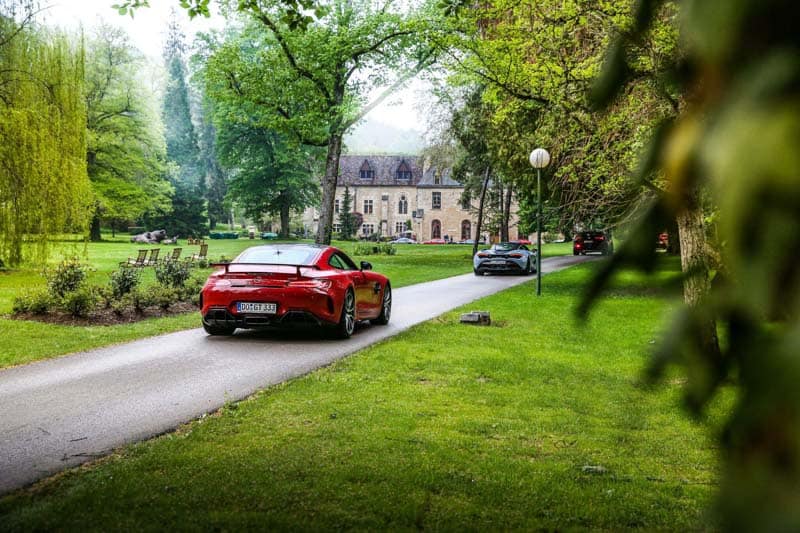 The first tour was in 2008, and involved a group of like-minded individuals heading for Germany and fun on a race circuit. These days the Nürburgring is just one of several international race circuits that Ultimate Driving Tours visits – and there’s so much more to the tours than just motorsport.

Like the days when he organised the supermarket’s Christmas parties, Moss still finds joy in seeing people love something he has created. It’s the motivation for trying to make every tour better than the last, striving always to be the very best.

He and Hunter spend much of their year overseas, running around between tours researching different hotels, restaurants and roads, and making new connections.

It might sound glamorous but living out of a suitcase never is, and time is always tight… which means there are few chances to work on their own bucket lists!

There will be more Targa Tasmania appearances, and maybe even some gravel rallying. Moss is also keen to race on one of the world-famous tracks he takes clients to, especially in one of the major enduros. It’s just a matter of finding some space in the diary.