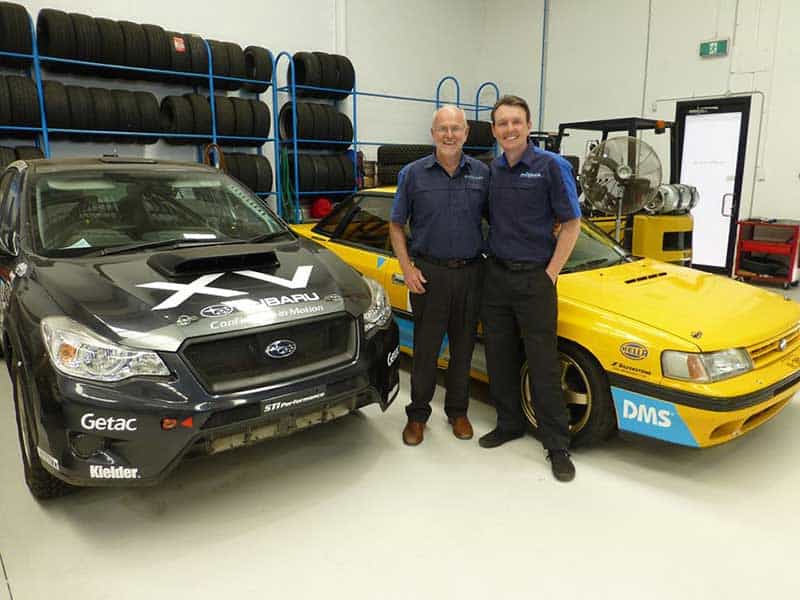 The dynamic duo: Rob and Dean Herridge in their Maximum Motorsport workshop.

For 31 years the name Herridge has been synonymous with motorsport in Western Australia and with it, a direct link by an exclusive association with Subaru.

Rob Herridge, then a farmer and transport contractor from Northam, started the snowball after becoming frustrated with the lack of a one-stop shop for motorsport parts when he was building one of the first RS turbos to come into the country, a 1991 Subaru Liberty.

That frustration kicked off Maximum Motorsport and led to two Herridge generations clean-sweeping a list of rally achievements, including Rob’s Australian Rally Championship (ARC) outright wins in 1991 and 1992 and a record five state championship wins, and podium places in Targa West, the Australasian Safari and Sunraysia Safari.

Rob said he opened Maximum Motorsport in 1993 with partner Steve Wisby because he couldn’t find one performance business in Perth that could do everything he wanted to get a rally car built.

“I’d come down from Northam and there’d be one shop for the seats and another would do the fabrication for the seat base, another for the roll cage and more visits to more shops for individual items like wheels and brakes and engine parts,” Rob said.

“So, I opened Maximum in Malaga with Steve (who passed away 2011 from cancer) and the business still does, in essence, the same things – looking after the competitor with everything under one roof.”

More recently, Rob built up a Forester to compete in the 2011 Australasian Rally – where it won the production class and then the following year was second outright – and then third in the 2018 Sunraysia Safari in a new car, a Subaru XV that borrowed much of the technology from the Forester XT but remained relatively stock. 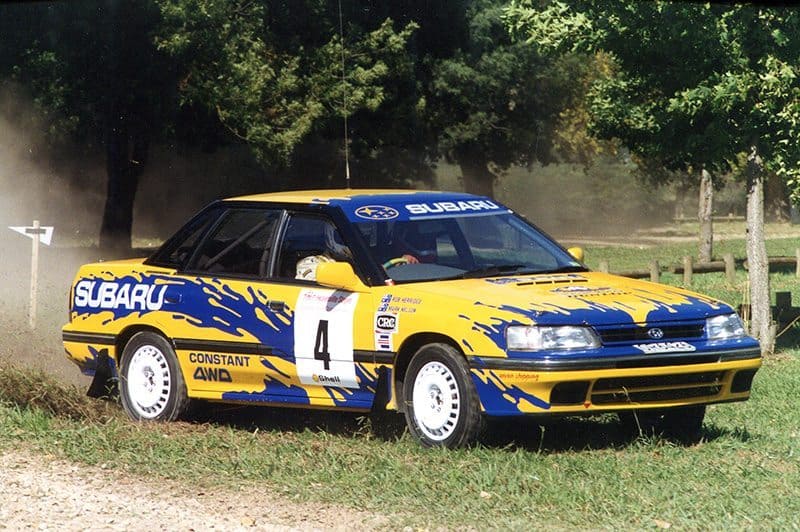 Rob Herridge was a factory driver for Subaru in the 1990s.

Rob now plans another season in the XV at the Sunraysia Rally and has invited Dean to enter in the Forester to make a father and son team. Dean’s thinking about it.

Both Rob and Dean admit to now slowing down “a little bit” but there are still challenges ahead and events they’d love to be part of.

For the moment, it’s all about the business. Their Maximum Motorsport recently moved into a near-new two-storey workshop and office in a developing part of Wangara. The new building has been upgraded to suit the business needs, including mezzanine floors for extra storage and expanded offices and meeting rooms for clients and guests.

“We had been leasing in Malaga and Kewdale previously and we knew we needed our own premises for the motorsport business and also to service customer cars,” said Dean.

“In this location, we build, prepare and store competition cars including some that are our own and are leased to drivers. 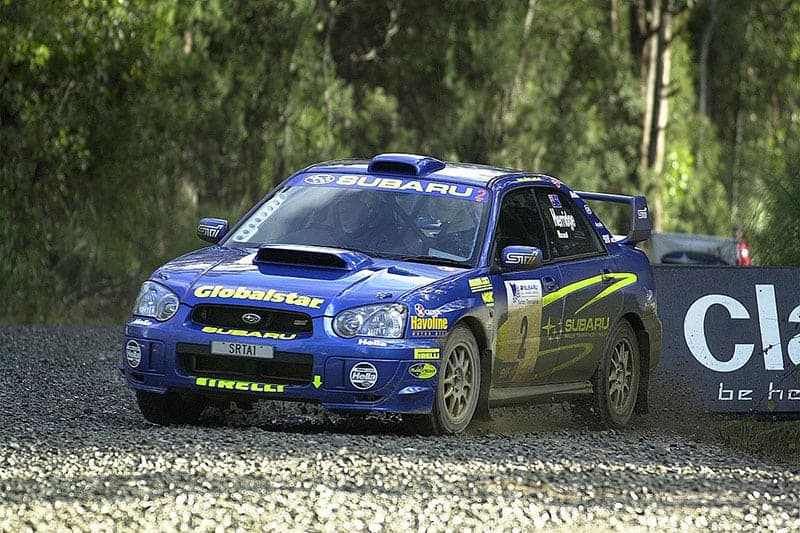 Dean Herridge during his time with Subaru Rally Team Australia.

“There is growing demand for the ‘helmet racers’ (because drivers only have to bring a helmet to race) because we look after everything else – the car, the preparation, the transport and the on-event servicing.

“One competitor who lives overseas stores his car with us and we prepare it for rally events. He flies in, competes and then flies back home.

“We can do anything for the competitor.”

Dean’s words are backed up by the family’s rich racing history and the development of their business to become the centre of Subaru motorsport development. Maximum Motorsport has also expanded beyond servicing and repair Subarus – both for competitors and commuters – to now become agents and distributors for high-quality equipment.

The business is a motorsports parts dealer for Subaru Australia, and more recently, the Australian distributors for Seibon carbon-fibre panels and components and also for high-end cordless-tool company Kielder that is based in the UK and has a range of cutting-edge equipment including light-weight rattle guns carried by Maximum’s cars.

“We look after rallying and that’s why we deal direct with Subaru Australia to ensure our customers get the part for their car as quickly as possible,” Dean said.

“There’s 25-plus years of experience here and that puts us in very good stead to understand what both the competitor and the everyday Subaru driver wants.”