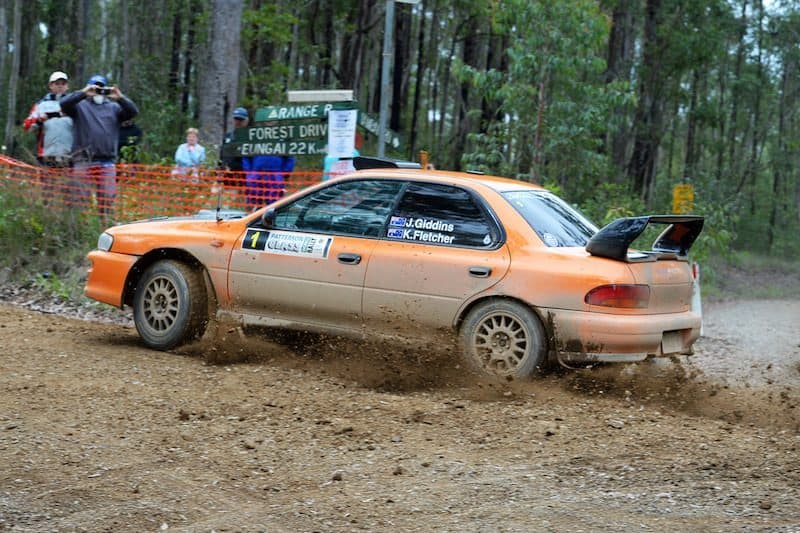 Jason Giddins drove to victory by over a minute. Photo: Bruce Thomas

Jason Giddins and Katie Fletcher have won the Patterson Glass Clybucca Rally over the weekend.

The pair won the NSW rally aboard their orange Subaru Impreza WRX, winning the six stage event by over a minute.

Mal Keough, mostly known for his stunning Audi Quattro, drove his Datsun 1600 to second position on the day, ahead of the Commodore of Brett Bower in third.

Jack Wightman and Col Fletcher rounded out the top five in a Datsun and Holden respectively.

Held by the Kempsey Sporting Car Club, the event covered six challenging stages which had a number of victims including ARC front-runner Nathan Quinn.

Quinn drove a Mazda RX2, and was setting some impressive stage times before being unable to complete the fourth stage of the day.

The Opel Manta of Ed Mulligan was also unable to complete the day, retiring from the second stage. 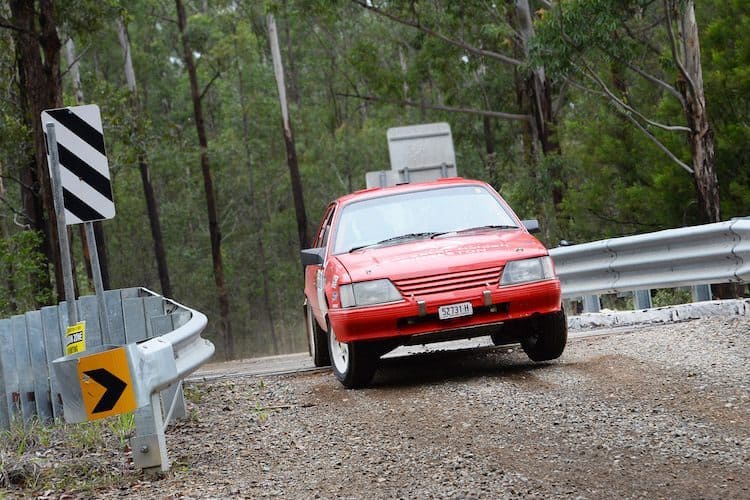 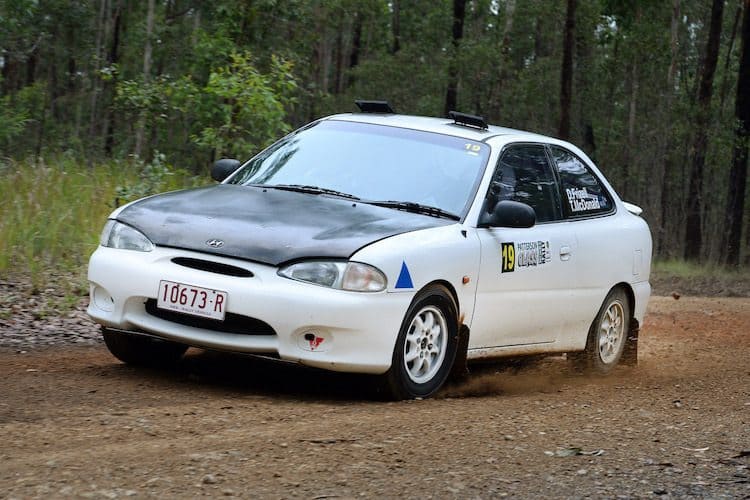 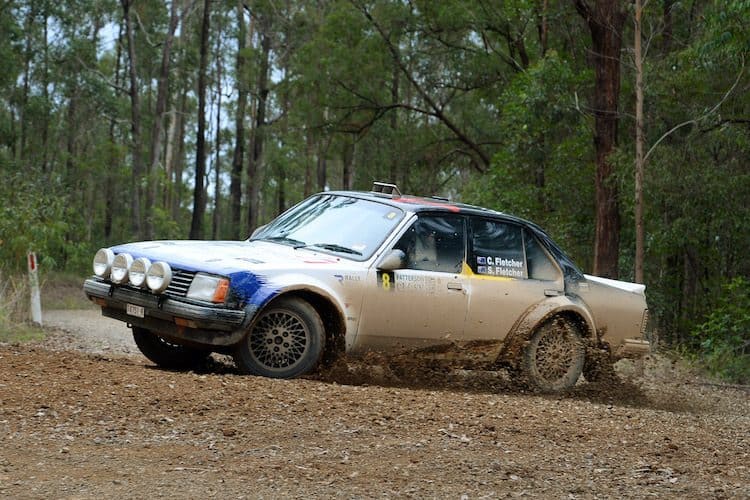 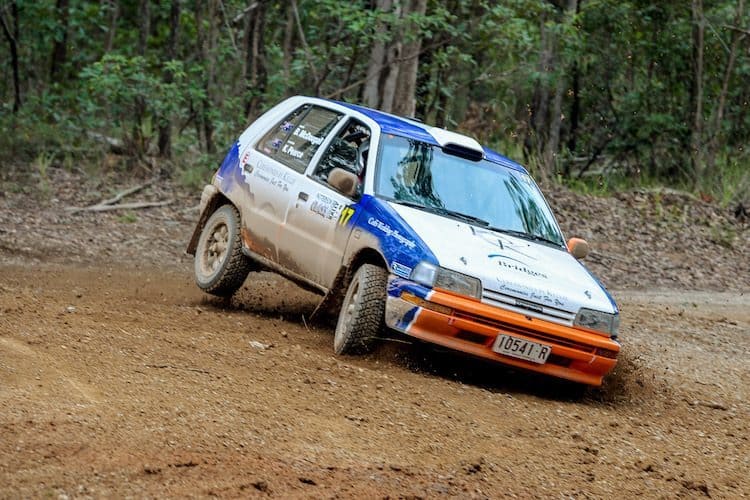