Hayden Paddon’s vision of growing the sport of rallying in New Zealand officially gets underway with the opening of applications for the Paddon Rally Foundation.

Paddon, age 29 and New Zealand’s most successful rally driver, has gathered considerable support to create the Paddon Rally Foundation and fulfil his desire to give back to the sport that has given him the opportunities he needed to create a career as a professional rally driver.

Hayden Paddon chats to fans at Rally Australia, including former V8 Supercar driver Greg Murphy. (Photo: Peter Whitten)“It’s no secret that rallying is something I’m incredibly passionate about,” says Paddon while back home in New Zealand following his best season to date in the FIA World Rally Championship where he competes with long-time co-driver John Kennard for Hyundai Motorsport. “Although I compete to win at the highest level, I get just as much of a kick seeing the sport grow with more drivers out competing and more young talent coming through.

“Rallying, as a sport in New Zealand, is growing rapidly thanks to passionate people working hard at many levels. Through the Paddon Rally Foundation, we also want to contribute to the sport by supporting rally competitors from grassroots to international level. For our small population, I think we have one of the strongest rally communities in the world, a community I’m proud to be part of.”

Paddon says: “I was very lucky to have many people help me get to where I am today, particularly those involved with the company, Hayden Paddon Rallysport Global (HPRG), which was formed to back my WRC goals. While we are still forging our way to our ultimate goal of winning the world championship, we have an opportunity to help others while interest in rallying is on such a high.”

Established early in 2016, the Paddon Rally Foundation aims to assist New Zealand rallying for many years to come and is governed by a board of six, including Paddon as the chairman.

“After some brainstorming with fellow board members, and after the struggles we had putting together funding through the early years, we wanted to create something that gives more opportunity to an array of rally sport competitors.

We often see top competitors getting opportunities and support – and we will also contribute at that level – however the grass root levels are just as, if not more, important for the growth of the sport and increasing people’s involvement. The foundation is designed to assist competitors of all ages, experience levels and competition classes."

The Paddon Rally Foundation is a separate scheme to the Hyundai NZ Young Driver shootout, with its one winner per year, and aims to help greater numbers of competitors.

“We have been working with Hyundai New Zealand for several years and what they do with the Pinnacle Programme gave us a good platform and idea on how to structure the Paddon Rally Foundation. Between the Hyundai NZ Young Driver shootout, Pinnacle Programme and Paddon Rally Foundation, there have never been more opportunities for young people and motorsport competitors than now.”

Paddon adds: “Greater competitor numbers leads to greater awareness for the sport, which can also attract more kids to get their cars off the streets and into a sanctioned form of motorsport, as well as more people contributing to the sport as team personnel, officials and volunteers. The flow-on affect can potentially be huge.”

Applications for the first round of funding and product support from the Paddon Rally Foundation are now open, and close on 30 January 2017, with three categories for applicants:
*  Novice/club – no age limits, drivers and co-drivers competing any level of club motorsport/rallying
*  Rally – all levels of club/national rallying, no limits on age or experience
*  National and international – drivers and co-drivers, under the age of 30, competing nationally in the New Zealand Rally Championship or internationally

Paddon says: “Funding has been planned with longevity in mind and the first year will see a smaller allocation of funds while the foundation builds up resources for the coming years.

“We are grateful for the fantastic support the foundation is receiving from investors behind the scenes and the commercial support of Z Energy and Chicane Racewear. The Eastern Southland Car Club and Marathon Rally Car Club are also valued supporters of the foundation. Also, the 110 guests in our Rally Australia tour group supported a small fundraiser auction where over $10,000 was raised for the foundation.”

More information about the Paddon Rally Foundation and the application form can be found on the website http://haydenpaddon.com/rally-foundation-2/. 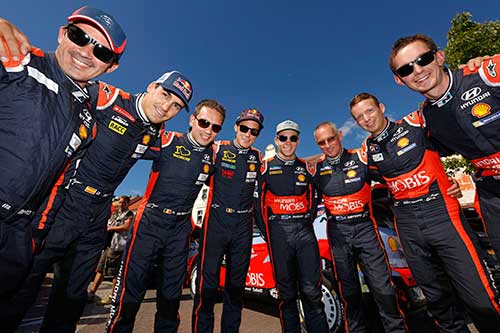 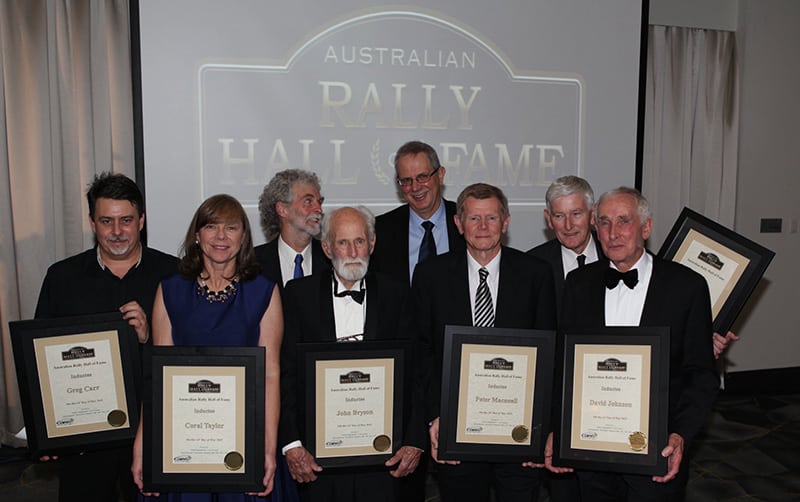