Harry Bates’ victory in the National Capital Rally last weekend looks like being his last event in the Toyota Corolla Super 2000.

Harry Bates' Nat Cap Rally win may be the last for the Corolla S2000. (Photo: Peter Whitten)Bates and co-driver, John McCarthy, won their home rally by nearly a minute and a half, and in doing so regained the lead in the Australian Rally Championship.

However, the S2000’s life as an ARC winner may have come to an end, with the team set to debut a brand new AP4 Toyota Yaris at September’s Lightforce Rally SA.

“Harry is keen to put his best foot forward at Rally Australia in November, so to do that we need to use South Australia as a test event for the new Yaris.” 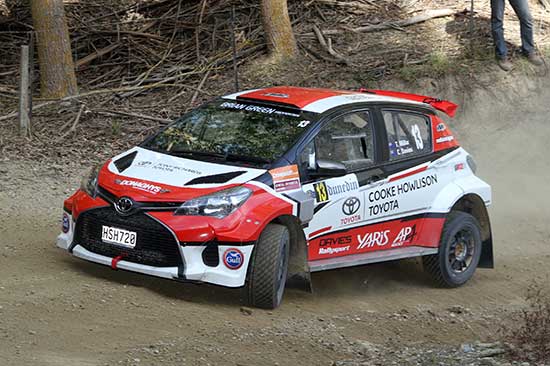 NZ driver Carl Davies debuted his AP4 Yaris in April's Otago Rally. (Photo: Peter Whitten)The new car is sitting in the team’s Canberra workshop, however, work on building Toyota 86s for the one-make racing series has seen progress delayed more than they would have liked.

“We’re hoping to have the Yaris finished by the end of July, but we’ll just have to wait and see how we go for time.”

The appearance of Bates’ new Yaris would be a further boost for the ARC, which saw Eli Evans debut his new AP4 Mini Cooper in Canberra.

While Evans suffered set up problems and the car ultimately retired with a broken front control arm, it showed enough potential to hint that it could be a rally winner in the future.

News also broke today of Marcus Walkem's plans to run an AP4 Peugeot 208 at the Rally of SA.