Our memories are our legacy, and some of rallying’s most sacred sites have made way for housing developments – none more noticeable than in Canberra. Dallas Dogger explains ... With the recent closure of the “Mineshaft”, our iconic rally locations are being consumed by progress. Canberra’s population was always set to grow. With land to the south and north close to exhaustion and bounded by NSW on the eastern border, there was only one way to grow. West.

That has meant the destruction of some of our most well-known rallying areas, namely Greenhills and Bluetts forests.

The first sign of this was the development of the National Arboretum, Canberra’s “home of mosaic of living forests”. Developed after the fires of 2001 and 2003, this 250-hectare rally playground has so many fond memories for rallying, not just for me, but many thousands of rally fans. Greenhills and Bluetts was our playground for local and International events and clandestine evening testing, with a labyrinth of roads committed to memory. Most locals could drive around blindfolded and not hit anything! ‘Armco Corner’ and ‘Castrol Corner’ are probably the most famous parts of Greenhills, along with the cattle grid, with famous pictures etched into our memories. 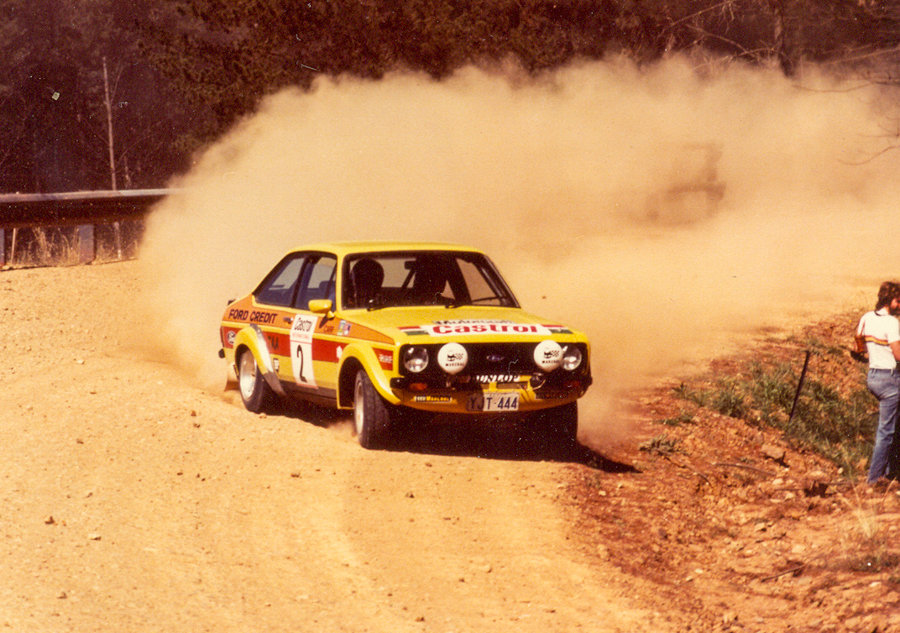 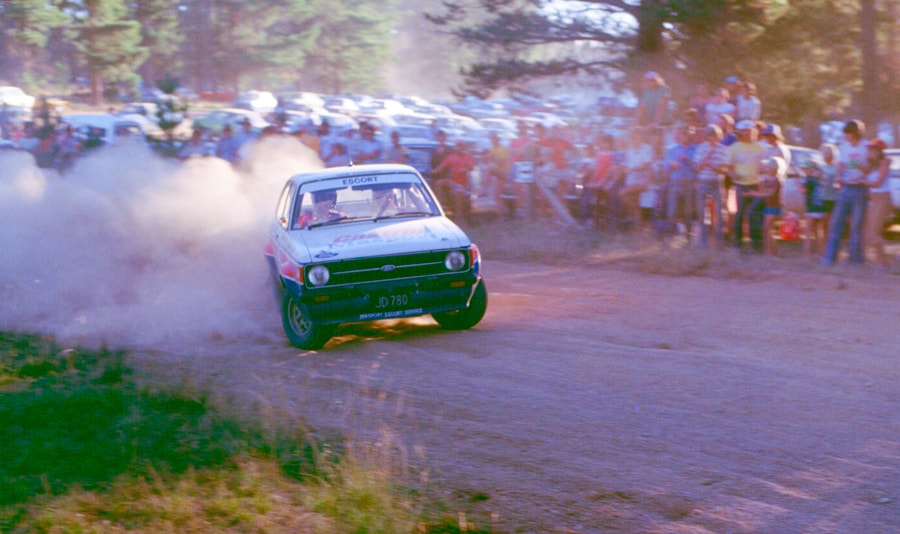 'Castrol Corner' was a Canberra favourite, with Ari Vatanen providing the action in 1980. Photo: Dallas Dogger

The early Castrol rallies, followed by the Esanda International Rally, made these areas a favourite for event directors, with many options for stages, all a challenge. The superb Paddy’s River gravel was easy on cars and I was lucky enough to both witness and compete on these roads, now replaced by high density housing for our kids. Bluetts Forest, on Coppins Crossing Road, was a favourite for events, and in later years testing. I knew just about every road by memory, you could go as fast as you dare. We held media days and regular testing there by teams and manufacturers for the Esanda, and it was used for many stages in most local events, often used as the “in between stages” between Kowen on the east and Tidbinbilla in the west. The last time I was in Bluetts, I was with Ari Vatanen for his ride day, driving Dave Thompson’s Audi Quattro in conjunction with the 2014 Rally Hall of Fame. Ari was the guest speaker. He was a bit bemused at all the interest in him at the dinner, his notoriety in “40 Split Seconds” only really becoming evident on the night. He had no idea he was a cult figure for rallying in Canberra! 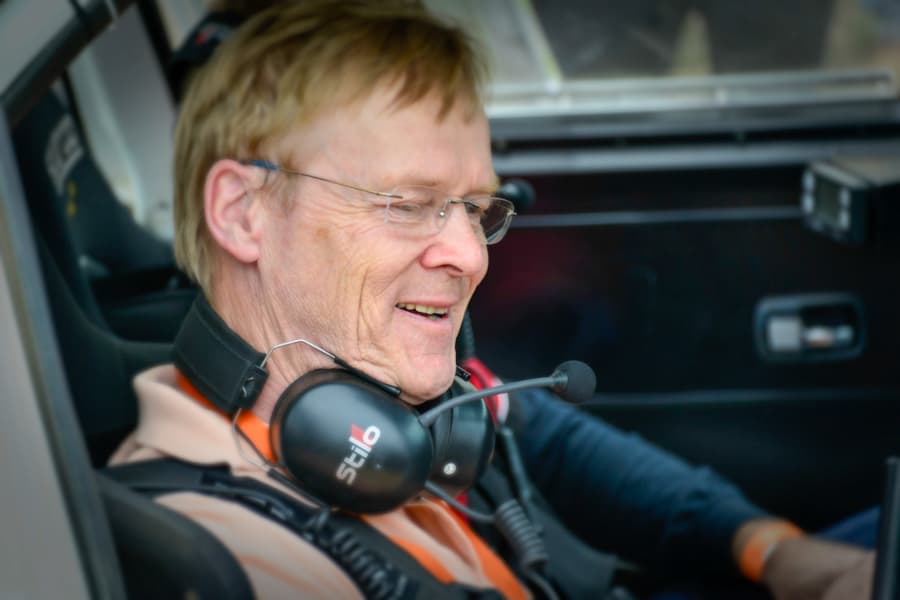 Back to Bluetts. I was there early to get the team pictures for Dave Thompson and I recall standing at the spot where we could set up and service, on a cold, grey, typical Canberra morning. I knew it would be a special day. You could hear the bulldozers over the hill. I said to Ari: “I know how those Pygmies must feel in the Amazon”. We both agreed that we felt like the natives, our land being consumed by progress.

It was an unreal feeling to be standing talking to the most famous rally driver in the world, with the sounds of bulldozers getting ever louder.

Normally another subdivision doesn’t have any effect on me until this week. An investment brochure for a six-story apartment block landed on my desk. The location? Right where Ari was standing talking to me, about to drive the Quattro for the first time! 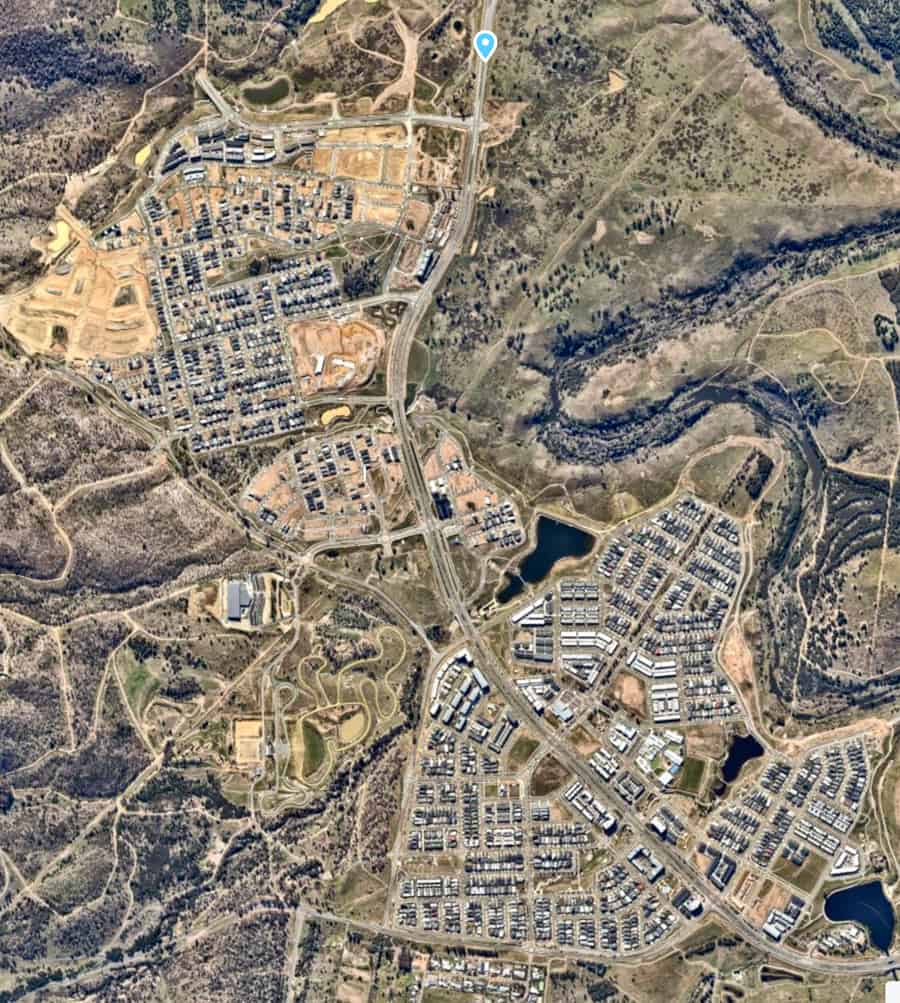 The soul has been ripped out of Canberra's rallying heartland, with housing estates replacing pine forests.

It became obvious that our ground, our roads, our experiences, could never be repeated.

Ten lucky punters paid for the privilege to ride with Ari for a loop around Bluetts and I suspect they won’t forget it any time soon. They will never ever do that again. Wouldn’t it be grand for the local clubs in the ACT to erect a plaque in one of the new parks around the area, celebrating some of the best rallying we ever had in Australia? Little do the residents know what went on under their shiny new houses. We must never forget our rallying heritage. One day our forests will be gone. Cherish and remember every moment. 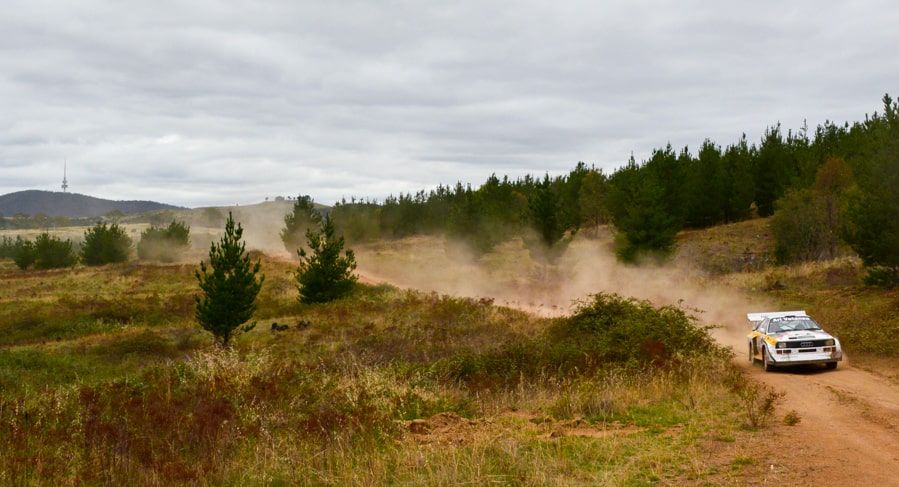 Ari Vatanen roars through Bluetts forest in 2014, a sight that is unlikely to be seen again. Photo: Dallas Dogger