Hunt starts the season strongly as runner-up at Otago
×

Hunt starts the season strongly as runner-up at Otago 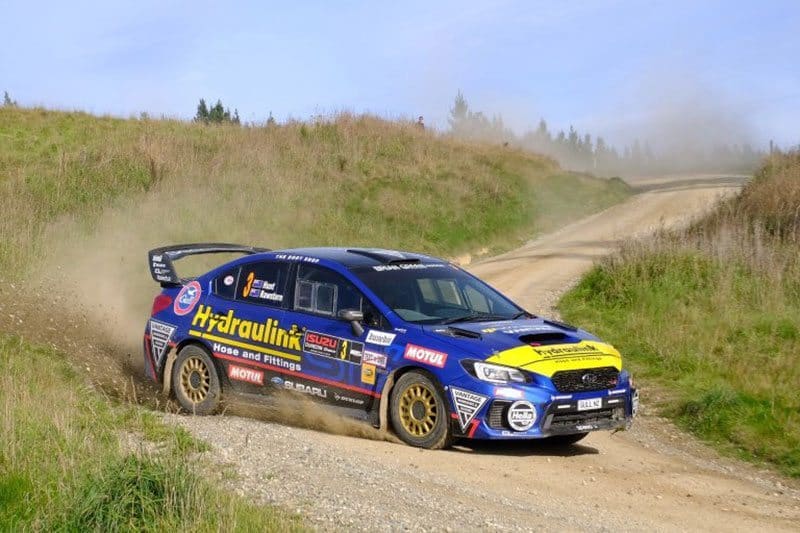 The pair completed the 17-stage, 281-competitive kilometre event in an unscathed Subaru WRX STi, with 11 runner-up stage finishes and they were never outside the top five teams for the rest of the six tests.

It is Hunt’s third season now in the STi and the development process has clearly reached a sweet spot.

“We have worked hard over the off-season and made quite a few improvements, which have paid off this weekend. Hayden is seriously quick and to be second to him is an achievement in itself as he’s a world-class driver,” Hunt says.

A 50 second time penalty for starting a stage late, early on day one, meant Hunt and Rawstorn had that deficit to overcome throughout the leg’s nine stages to the south of Dunedin.

Blazing through the world-renown stages, like Kuri Bush and Waipori Gorge, Hunt regained any lost ground to finish second for the first day, with a 40.7sec lead over third-placed Emma Gilmour.

Heading north of the southern city today, he and Rawstorn had a definite plan of how to attack leg two’s eight stages.

“We always knew during recce that today would be tight as the stages are so fast. Yesterday was definitely the day to make up time on everyone. Today was about not doing anything silly and holding on to second place for the championship,” Hunt says.

They did just that – finishing well clear of third-placed Matt and Nicole Summerfield, in their new Mitsubishi Mirage, with a 2mins:34:9secs buffer.

The two second placings over the two days gave Hunt a healthy start to his six-round NZRC points bank and he has 36 points, 8 points behind Paddon and 8 points ahead of Summerfield.

“I want to thank my Hunt Motorsports team and also Speedhub Motorsport for all their hard work before and during this event and also to come in the short turn-around between Otago and the next round in Whangarei in three weeks time,” Hunt says.