Hyundai – are they the real deal?

Hyundai have returned to the WRC in 2014 after a decade long break. They competed with the Accent World Rally Car in the early 2000s, and the South Korean manufacturer decided to return to the WRC this season.

Equipped with the new i20 World Rally Car, the team has not had immediate success, starting their,most recent season in the WRC rather slowly.

Lead driver, Thierry Neuville, has retired in both events, and the team’s second drivers (Dani Sordo in Monte Carlo and Juho Hanninen in Sweden) have done the same.

The upcoming Rally Mexico will be another true test for the car and the team. Another poor result could be beckoning, but Hyundai (and Australian driver Chris Atkinson) will be hoping for a good result. But are they the real deal? 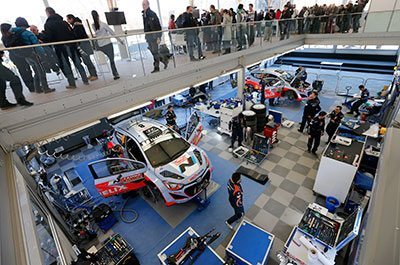 Hyundai's WRC service looks more like a car dealership, such is the company's commitment to the WRC.Hyundai representatives and drivers are calling this a development season, and a new car is in the midst for 2015.

As soon as Hyundai came into the WRC, everyone knew that they would be compared to reigning World Champions Volkswagen.

Hyundai are already well behind Volkswagen compared to this time last season. VW had already won numerous stages, finished on the podium and had even won an event after two rounds. Hyundai, on the other hand, have done none of that. They are yet to finish an event.

You can be assured that the team will be doing everything they can to be successful. All you need to do is look at the service park set-up and you know that Hyundai are here to stay. Aussie, Dean Herridge, has said that it looks more like your local car dealership than a WRC service set up. From the outside, you can see the commitment, but not the results... yet.

The possibility of a new car in 2015 is an exciting prospect, but a very risky one, after the effort put in, the experience gained and the development of the i20.

The Hyundai World Rally Team will win rallies in the future. The team is very committed to the WRC, however, the way that Volkswagen dominated the sport in their first season has set the bar very high for new manufacturers.

Rightly or wrongly, Hyundai are being compared to that level. Don’t expect fireworks yet, but with time they will be a force to be reckoned with in the WRC. 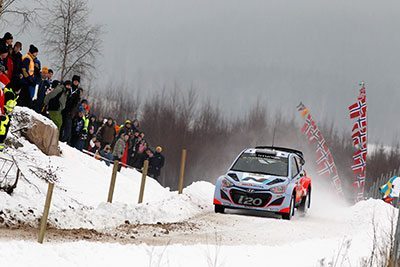 Hyundai haven't had the start they wanted in the WRC, but is their luck about to change?