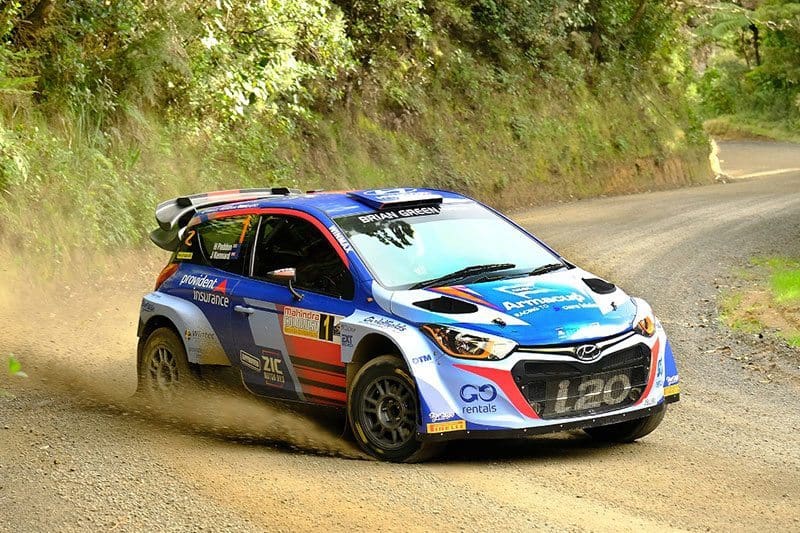 Hayden Paddon returns to the Rally NZ roads for the first time since 2012. Photo: Geoff Ridder

Hayden Paddon can’t wait to rally on New Zealand roads again at this weekend’s two-day Rally New Zealand, where the Kiwi world rally star will have John Kennard in the co-driver’s seat of their Hyundai NZ i20 AP4+ rally car.

“It will be great returning to some iconic Rally New Zealand stages,” says Paddon, fresh from securing third place at Rally Australia last weekend (16-19 November) in his Hyundai i20 world rally car.

“I recall last competing on them at the 2012 Rally New Zealand as part of my Super 2000 World Rally Championship season. It will be a driving pleasure back on these stages and I’m looking forward to having John back beside me to wrap up our competitive season.”

Kennard is also keen to get out onto the special stages which see competitors in the New Zealand Rally Championship final tackle stages on the Bay of Plenty’s east coast and Raglan’s west coast.

“I’m really looking forward to getting back in a car…any car!” says Kennard. “And the Hyundai i20 AP4+ is always good fun, especially on fantastic roads like those we’ll be using this weekend. We’ve got some real classics of Rally New Zealand routes of years gone by like Whaanga Coast near Raglan and Manawahe Road near Lake Rotoma, which I think Hayden has never driven – he’s going to love it!” 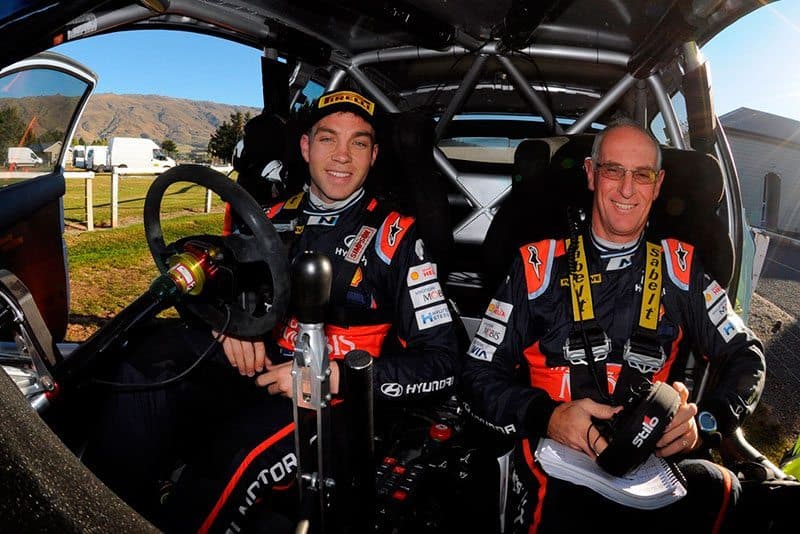 The AP4+ Hyundai has been the focus of a lot of attention from the Paddon RallySport engineers since its last event, Rally Coromandel, in August.

“The team has been extremely busy,” Paddon says. “Since I last drove the car at Coromandel we have made many developments. The car was not so easy to drive so we have focused on this with several mechanical, electrical and aero changes.

“We are focusing on reliability of the car for this event, and if we can have a problem-free run, then a good result will be possible. It would be great to reward Hyundai New Zealand with a good result after a testing year.”

Taking a less active role than usual, Paddon’s WRC co-driver Seb Marshall and WRC engineer Rui Soares are joining the team in New Zealand to find out more about their colleague and friend’s homeland, enjoy the rally and a holiday afterward.

The two-day Rally New Zealand, running 25-26 November, takes in some of the most demanding roads in the Waikato and Bay of Plenty areas. After a ceremonial start on Tauranga’s The Strand on Friday evening, teams will reconvene in Raglan the following morning for six special stages, including the legendary Whaanga Coast, covering 145 km of special stages before returning to ASB Baypark Stadium in Tauranga on Saturday night. Day two is based in the Bay of Plenty with 80 km of special stages including Manawahe Road.

Paddon is the top seed in a 54-strong field with both the Rally New Zealand trophy and the New Zealand Rally Championship title up for grabs.