The upcoming Rally Australia will be the 100th World Rally Championship start for 29-year old Norwegian, Andreas Mikkelsen. He will be the latest to join the elite group of currently four drivers under 30 years old to have achieved this landmark. Martin Holmes caught up with Mikkelsen in the lead-up to Rally Australia. * * * * * 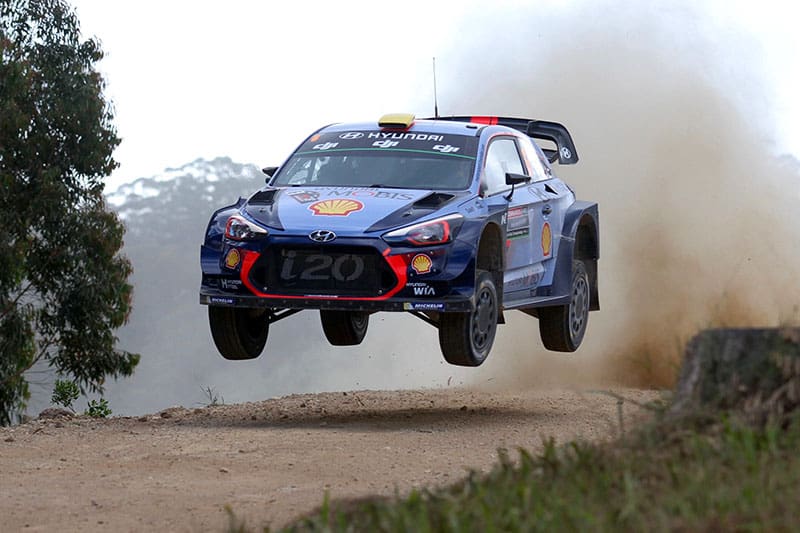 Mikkelsen is the winner of three WRC events so far and with experience rallying in three top WRC teams. Before that he was twice winner of the IRC championship. We found him in Salou waiting for Rally Catalunya, three years since his first WRC victory, on this same event. He is one of only two non-French drivers to have won this event since 2004. His win in 2015 was the famous occasion when he took the lead on the final stage, when his VW teammate, Sebastien Ogier, crashed out of the lead. “Yes it was the last stage. I had been fighting with Jari-Matti (Latvala) for second place when Ogier crashed," he remembers. "Spain is a rally I like. We have won stages here on tarmac before so why not do it again?” Andreas is halfway through a two-year contract with Hyundai. “I have my contract for next year, everything is fine and the plan is I'm doing a full season. But finally I got the upgrades that I wanted to the car for this rally, and let’s see where we are. We have new parts on the car, differential and much stiffer roll bars. Basically the changes I've been waiting for since this rally last year.” 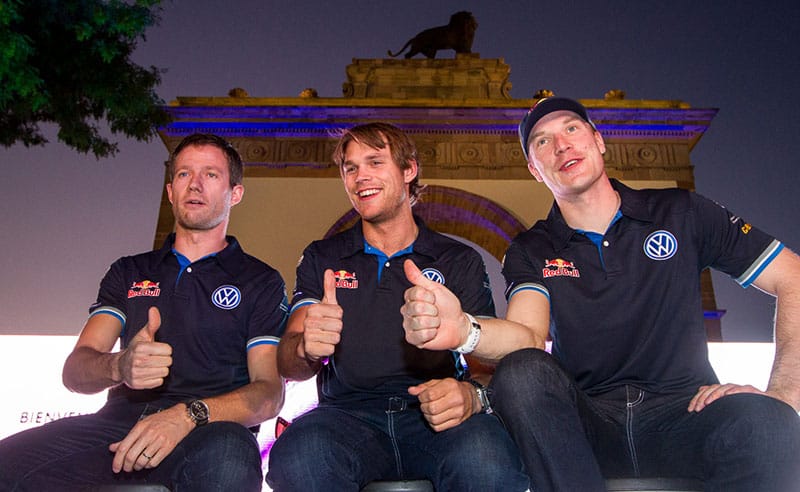 Mikkelsen (centre) with team-mates Ogier and Latvala, in Mexico in 2014. Photo: Holmes

The former VW driver's career there was cut short by the team’s sudden WRC withdrawal - after scoring three WRC wins, including his last. He did three events with Citroen, then was hastily brought into the Hyundai team exactly a year ago. "We got the offer from Hyundai at quite an early point, attracted by a confirmed offer to do the last three rallies for Hyundai in 2017. Citroen was not ready basically to give me a confirmed ongoing plan, they couldn't respond as quickly. "Looking at how the Hyundai was performing (Thierry was winning so many rallies and stages), the choice was very easy.” In some ways Andreas Mikkelsen is one of the most confident drivers in the WRC. He has a confirmed contract as a member of Hyundai Motorsport’s WRC team through 2019. In other ways he is one of the least confident. 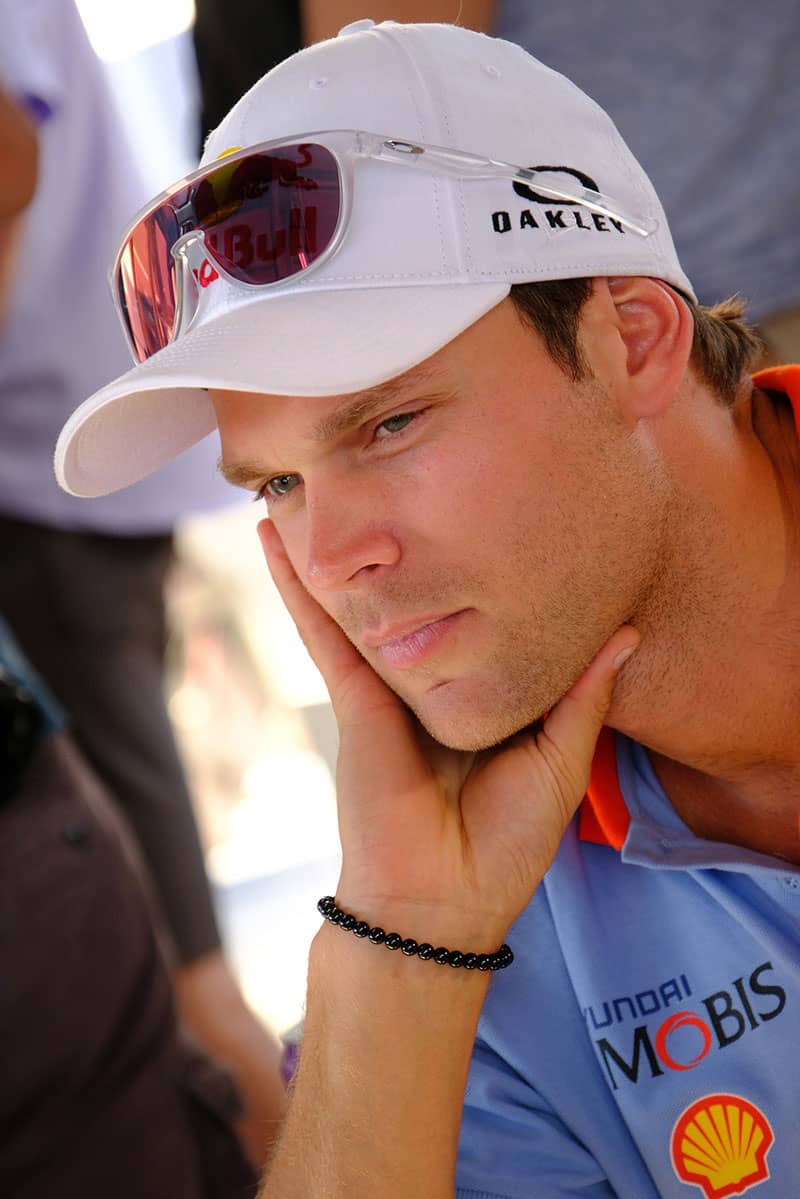 Andreas Mikkelsen believes his close to getting back to his best form. Photo: Geoff Ridder

After his first full season with Hyundai he has not shown his anticipated performance result-wise. He explained how he viewed things at this time before the start of Rally Catalunya. “My recent performance is not what we wanted to be and I have been a little bit unfortunate as well.” When you left Citroen and came here, was that the right move? “Yes of course. We had some good rallies last year with Citroen which opened the way into Hyundai. I got used to the Hyundai on gravel very quickly. On gravel I feel that we are really on the pace and really in the top, but tarmac is where I've been struggling so much during this year. 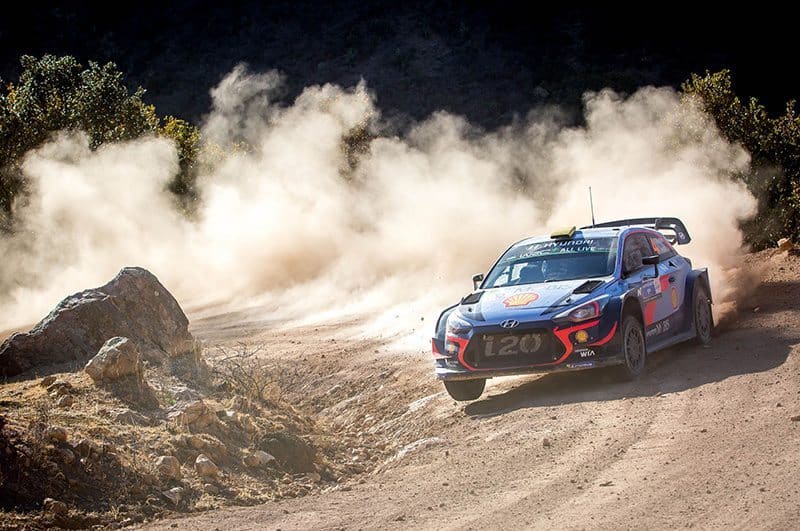 The Norwegian is fast on gravel, but has struggled on tarmac this year.

"On tarmac we are not there. It's not that I don't like tarmac, I love tarmac, but it's just the way of driving this car is very different. We have done a lot of different things to the car before this Rally Catalunya and I feel more comfortable. "If I can solve the tarmac issue I have, then we will be contenders for every rally I think next year.” Things are different at Hyundai than with VW. “In the Polo I was involved from the beginning and I could influence the design, and my driving style and Ogier's were very similar. Here I come into a car which the other drivers have been driving for up to five years with a very different driving style, so adjustment has taken time.” During the year Andreas recognised that to improve himself he might have to change his style of driving. “Well that was my short term plan. If I couldn't get the car to be better suited to my driving style, then I would have to change. But with recent changes now I can still use my old driving style. "So now I am not so stressed about changing my driving style, which I would prefer not to do.” 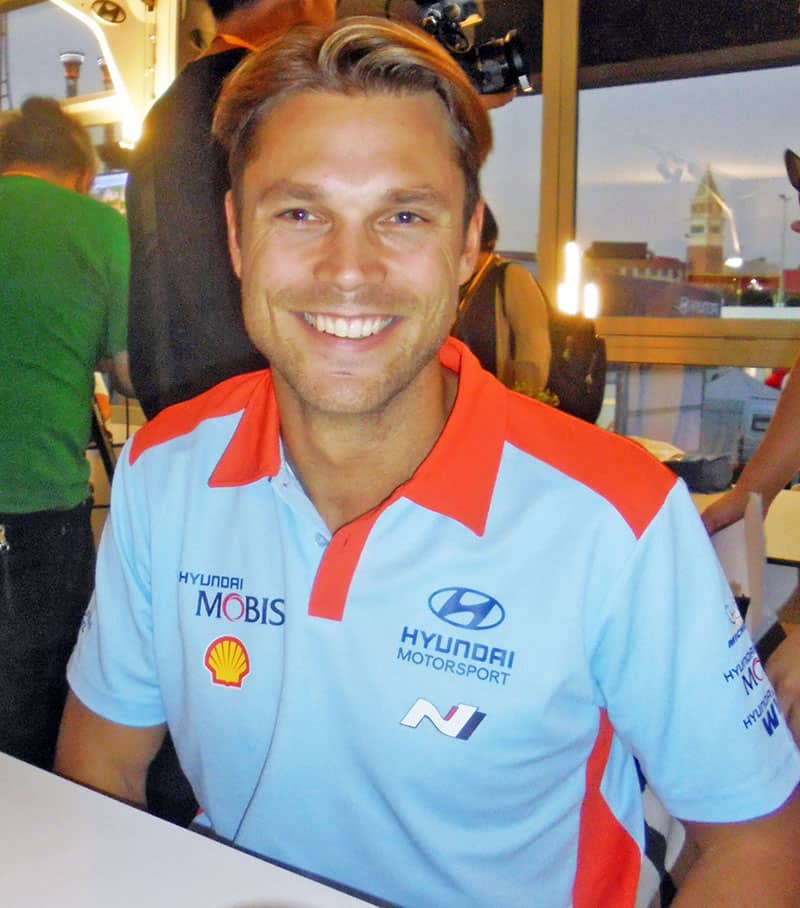 Have your disappointments been emotionally upsetting to you? Has it affected your confidence? “Of course I feel it. When you do sports, your life is about delivering good results. We are hired here to get the results on the table and they have not been there, so of course it's been a tough time. "But at the same time driving-wise I feel I'm there. We've also been really unlucky, the people who matter know what has happened when we've been leading rallies and I get struck with problems. "I think our performance has been quite good, but I’ve not been able to show it directly in results.” Do you plan to take part in any non-championship asphalt rallies to get more practice? “Nothing which is planned. Obviously the calendar is very full and next year we will have one extra WRC rally. I mean, I feel that you can always train more, always drive more. "If I could drive more in this car, yes of course. But then to drive any other cars, I've tried, it can sometimes be upsetting because you get used to a different car. Sometimes that also has a negative effect, as I've found.” 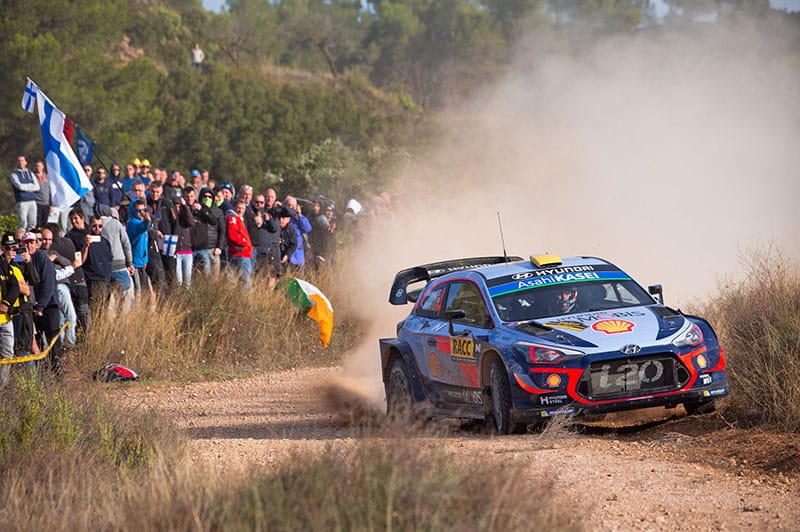 Despite a lean run, Mikkelsen is a chance to win at Rally Australia.

How are you looking forward to next year? “It will be very nice to start on a clean sheet and restart the championship. If I can really improve with the car on tarmac for next year it will be very different, because on gravel I'm very happy and I feel we are one of the fastest there. "It's just the tarmac which has worried me for a while, but it seems from the latest test we have everything working, I felt quite a lot better. Still room for improvement, but many steps in the right direction.” Andreas has been teammates both with Thierry, and at Volkswagen with Sebastien (Ogier). One is already many times world champion, the other is trying to win his first one. Who does Andreas think will be the champion this year? “I have a feeling that Thierry will take it. He was fighting for the world title last year. "He was leading the championship until the mid-point this year, so he has that experience. I think he's very relaxed. He doesn't seem very bothered or stressed about it. "I think if he can just keep being relaxed and drive his pace.” On gravel, Andreas was lying fourth overall in Spain, but then the two days on asphalt provided another unhappy rally for him. Let’s hope the gravel in Australia is better for him.