In 2002, Rally XS magazine voted Sweden’s Bjorn Waldegard the best rally driver ever, and with good reason. Waldegard, the winner of 16 World Championship events, has driven everything from Volkswagen Beetles to Group A Celica GT-Fours and has won on every surface and against the best opposition.

Walking away from the sport for some years, Waldegard was quite happy to stay at home and never knew what rallies were on. He returned to rallying to do a few historic events and now does the Swedish commentary on all the World Championship TV programs back in Sweden.
His son has also become involved, driving the Lancer Evo 6 that Stig Blomqvist drove in last year’s WRC, refuelling his enthusiasm.
While his son shows promise, Waldegard doesn’t think he has the commitment required to make it to the top level in the sport. “He probably has the talent, but he’s not sacrificing everything for it like I did, and besides, the economic climate is a lot different now to what it was when I started out.
“Back then I had the security of my parents farm, but my son does technical work in the computer industry and doesn’t have the time.”

Rallying has undergone many changes since Waldegard won the Monte Carlo Rally in 1969, and while he doesn’t necessarily agree the sport is heading in the right direction, he says it was the direction it had to take.
“For rallysport to succeed it needs to be easy to cover, and that means day time driving, three day rallies and every rally the same. But the Safari is spoilt and is not the Safari anymore. The Monte isn’t spoilt, but it’s a completely different rally now.”
And what about Corsica? In his day the Tour de Corse consisted of 40 stages, often up to 80km in length. “Yes, and that was followed by a road section that was impossible to make the time on, so you ended up with a 1400km road race,” Waldegard laughs.
On an early RAC Rally in the 70s he remembers starting in London, with the first rest halt being in Scotland 48 hours later. “That was crazy! What they have done now to reduce the hours awake is correct.
“I don’t think you could plan or prepare for 48 hours straight. We all got tired and the co-driver drove on some of the road sections. Some drivers may have used drugs or pills, but I swear I never used a drug in my life. How it was possible I don’t know, but it was. The sport is a lot different now!” 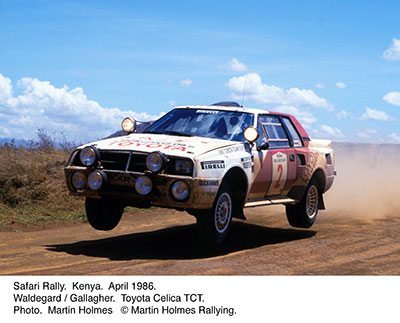 But he’s happy that he was in the sport at a time when the rallies were traditional, while also experiencing the changes as the events started to get shorter and the night stages were reduced.
“I had a chat with Alister McRae the other day and he said, ‘You were a lucky bastard, you were in rallying when it was good fun. You were practicing on events for months beforehand and had time to go out in the evenings with your friends. These days we have no time to do that, everything is planned minute by minute’.”

Even if he thinks the rallies of old were more enjoyable, Waldegard openly admits that the technology of today’s cars is something special.
“I get to test drive them all at the Race of Champions each year,” he says. “I am particularly impressed by the gearbox, the brakes and the suspension, which has all improved enormously since I competed. But power wise, with a limit of about 300bhp, it is not so impressive.
“I remember our 2WD Celica had about 450bhp, and rear tyres would only last about 10km.”
He said the cars are much easier to drive now than when the first Audi (with a 50/50 torque split) came on the scene, but agrees with Colin McRae that unless a stop is put on the technology, cars won’t need drivers into the future.

Happy with his lot and his commentary duties on the World Championship, Waldegard believes that the sport is now more competitive in that there are more teams willing to spend the money required to win at the top level.
He belives that a top driver should be able to step into any car and be competitive, without knowing what sort of car he’s driving, as they are all very similar.
“When I won my championship in 1979 the competition came from within my own team, but now any driver from any number of teams is a real chance to win the title.” 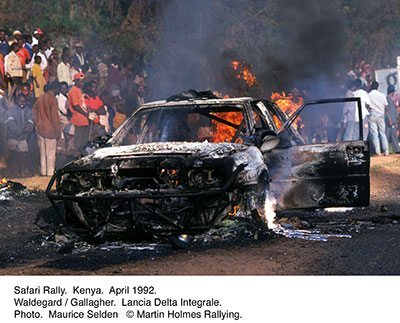 As World Cup fever was about to hit, he topically described his following of the current teams and drivers in football terms.
“I am a big football fan, but I don’t follow a team, I like to see good football,” he says. “I also like to see good motorsport, and while I can feel for a driver who’s had bad luck the event before, I like to see the best driver and team combination come out on top.”

Predictably, and perhaps fittingly while on the subject of technology, our interview ends with the sound of Waldegard’s mobile phone ringing. Our time is up and he’s being reminded that it’s time to go and visit some Dunedin schools to further promote the sport that has given him so much.
He may be the greatest rally driver of all time to us, but to these teenage students, he’s just a Swedish guy with a funny name who drives a cool car. If only they knew!

BJORN’S BEST DRIVERS
Having driven against so many top line competitors over the years, Waldegard pauses as he thinks about who the best driver is that he’s seen in his time. Eventually he selects former rival and team-mate Hannu Mikkola.
“We competed in the same team at Ford and Mercedes and became good friends over the years. He was a great rival,” he says.
Of current day drivers he selects Juha Kankkunen and Carlos Sainz – “both young guys like school boys” – who came into the team beside him at Toyota and went on to great things.
He believes it’s great for the sport that Marcus Gronholm got his chance and made it at a higher age than normal. “It shows that you don’t necessarily need to be young and brain dead to be a winner,” he says. “It’s good to see that you still need the experience before you can be very good.”
He also rates Colin McRae and “young Solberg” very highly, but when questioned, agrees that McRae crashes too often. 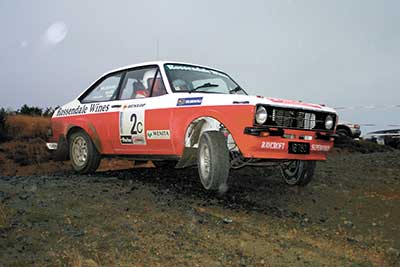 “That’s his problem, his concentration doesn’t seem 100% all the time because his accidents are a concentration problem. That I know myself. I tell my son all the time – when you do a stage you need to concentrate 100% and don’t think about anything else. As soon as you do, you’re off.”
He also says that was devout Christian Ari Vatanen’s problem, the Finn seemingly having his mind elsewhere at vital times.
“It’s not a joke, but Terry Harryman, Ari’s co-driver, used to say that there’s no problem for Ari, because there’s always three of us in the car, me, Ari and God.”

BJORN’S BIGGEST CRASH
“It was in Portugal in 1974 in a Porsche Spyder and it probably should have killed me. We went off on a mountain road and went over the edge. I thought that was it!”
The car landed and rolled and rolled and rolled. In the middle of the rolls Waldegard asked his co-driver if he was still alive. “Yes, yes,” he answered.
“We were lucky it wasn’t a free drop, just very, very steep. When the car stopped we had to walk 150 metres up to the road. It was a lucky escape, and obviously it wasn’t my turn to die!”

BJORN’S FAVOURITE CAR
While he’s happy to nominate his favourite cars, Waldegard says it’s impossible to nominate the best. “How do you compare a rear wheel drive Escort or Porsche with a 4WD Celica?” he asks.
“For enjoyment, the rear drive Escort or the Group B Celica were the most fun with their swinging and dancing driving technique. But if you drive a 4x4 Celica with all its power and traction, it is also great fun to drive. It’s extremely difficult to pick one, as they were all so different.” 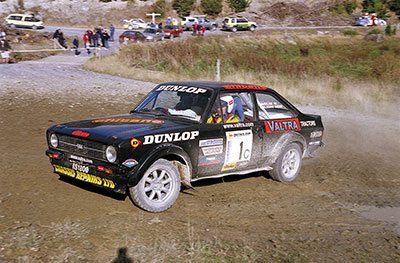