Interview: Hayden Paddon speaks about his future in the World Rally Championship 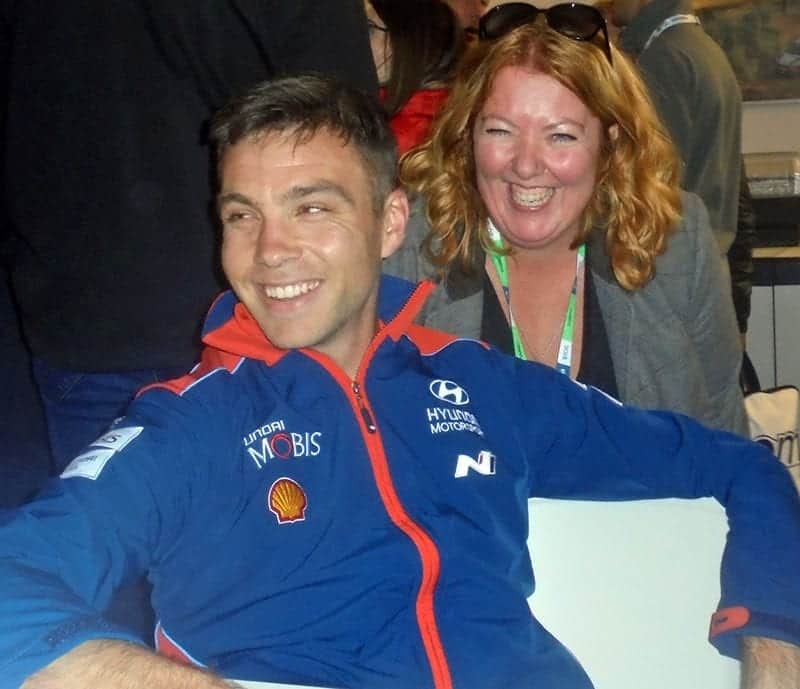 One of several drivers at Wales Rally GB whose future in the WRC is unsettled was the WRC driver Hayden Paddon, although he emphasised before the rally that he was confident he will have a drive in 2019.

We first asked what had the past season, in which he shared the third Hyundai team seat with Spaniard Dani Sordo, been like for the New Zealander.

Was it a frustrating situation for him or was he glad for the opportunities that he had?

Hayden Paddon: Of course you want to be doing a full season, but we accepted the situation at the start of the year and just tried to make the most of it as we could this year.

I think it’s been a rebuilding year, just trying to be consistent again and get good solid finishes if you like, and work back up to a full campaign.

It is difficult when you’re not doing so many rallies and testing, you lose that 1-2% that you ultimately need, but we’ve got to start somewhere and just work back up to it.

MH: But the opportunity of getting a fourth place in Finland, followed by third in Turkey, wasn’t bad?

HP: It’s a difficult one really. All we can do is the best job we can with the rallies we’ve got and make sure we’re scoring points for the team, which we’ve been able to do in the last three rallies.

Obviously keep the loyalty as well, Hyundai as a brand globally is quite important to me. It’s all those connections we’re just trying to keep intact. 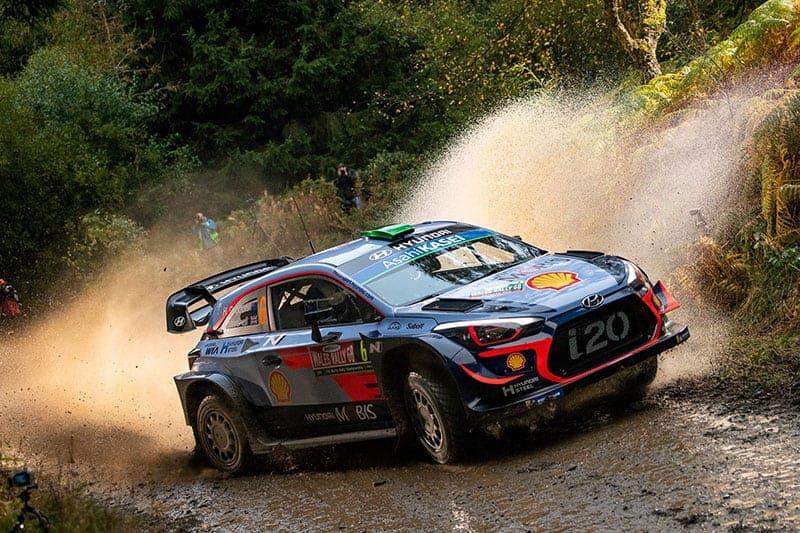 MH: In what way do you feel that you will lose your edge if you don’t do all the rallies?

HP: That’s why I try to do as many other rallies as I can, just to keep fresh, to keep driving as much as I can, but ultimately you need to be in a World Rally Car and the level of WRC and these cars is a step above anything else around the world.

If you’re not driving as much it just simply doesn’t quite come as naturally as it used to.

Of course we’re missing a lot of tarmac rallies now. I think we can do a reasonable job on tarmac, top five finishes if you like, so at the moment we’re missing out on that experience. That’s probably one of the most crucial consequences of this year’s season.

MH: Any promises been made for next year?

HP: We’re obviously talking about staying here. We’re very happy despite the situation. We’re very happy to work with the team, we’ve got a lot of good friends here, it’s the brand loyalty which is very important to me.

We’ll just keep talking and see where it leads for next year.

MH: Does your connection with Hyundai New Zealand depend on you having a world championship seat?

That’s a partnership that can potentially go on for many, many years, beyond WRC, and that’s something we’re very mindful of. But you’ve got to make all the stars align.

At the end of the day it’s the commercial aspect of the sport that we’re talking about and it can be quite complicated sometimes.

MH: Do I read into that the fact that a drive with Hyundai in the world championship is your only option?

HP: We can’t be too narrow minded, but obviously this is my preference. This is where I want to be. But I also want to be doing a full programme as well, so that’s why we certainly cannot rule out any options.

MH: Even though that would obviously prejudice your arrangement with Hyundai NZ?

HP: Well that’s where it gets very difficult and tricky for us! The need to find the right opportunities is not in five or 10 years’ time, it’s now.

Obviously I am also thinking beyond my WRC career in five, 10, 20 years time. Where am I going to be? 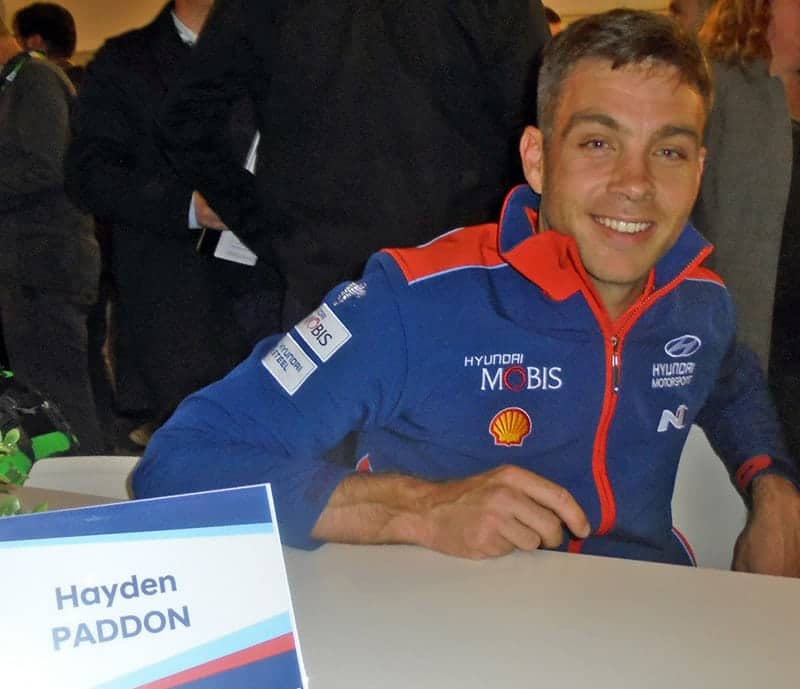 Paddon is confident he’ll be back in the WRC in 2019 – potentially at Hyundai once again. Photo: Martin Holmes

MH: Looking back at this year what do you think is your greatest moment, and what was your worst?

HP: Probably Portugal was the greatest and the worse. Not being in the car for three months and to be leading on Day 1 was certainly a good moment, and it was coming nice and easy.

But then of course the crash out on the last stage of Day 1 was probably the worst, thinking what position we were in.

Since then we’re just rebuilding. There were too many mistakes last year. My whole career has always been built on being quite consistent, finishing rallies. Last year we went away from that.

This year I just wanted that confidence back, that I don’t have to worry about making mistakes, that I trust myself to be consistent and drive within myself to get strong results.

Then next year I want to start pushing for more podiums and more wins.

MH: You talk about making mistakes. Are mistakes an outcome of not having a regular campaign?

HP: Last year there were so many factors that come into it, not only from within the sport but outside the sport as well. It was just one of those years if you like.

This year I’m trying to limit the mistakes. I think we did a reasonable job on that so far this year. We’re just trying to take a risk free approach.

Obviously you’ve still got to drive fast at this level, but maybe not taking the risks that we normally would be. It’s the element we’re at at the moment. 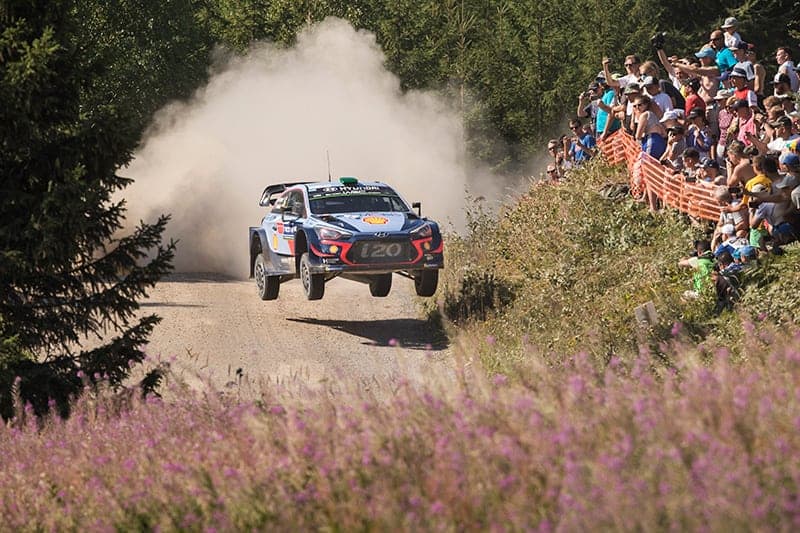 MH: I never really liked to ask you this before, but did the accident in Monte Carlo have an adverse effect on you for last year? (Paddon crashed on stage one of the 2017 Monte Carlo Rally, with a dangerously positioned spectator dying after the collision)

HP: Certainly the first couple of rallies after Monte it did. But I think we moved on probably from April/May, and we were starting to get into a normal rhythm.

We were leading rallies again, we were winning stages. But things just didn’t fully click last year, just nothing came together. There’s many, many reasons for that, not just the Monte accident.

MH: And your programme for the rest of the year?

HP: Obviously we’ve got Rally Australia left, I’ve got another rally, last round of the New Zealand championship coming up as well. The Raglan Rally of the Coast, uses the old Rally New Zealand Whaanga Coast, and some of the really, really nice stages in the area.