Interview: Lewis Bates on competition, advice and the future

Lewis Bates is one of Australia’s brightest young rally stars. His results in 2018 proves his talent, and the determination he shows.

He achieved his best result at the Eureka Rally in March, and has spent the year gaining experience and adding speed.

RallySport Magazine spoke to Lewis about the wet and slippery event in Tasmania and what his plans are for the future.

RSM: You’ve most recently come off a challenging weekend at Rally Tasmania. How was that experience, and what were some of the things you learnt across the weekend?

Lewis Bates: Rally Tasmania was definitely one of the most challenging rallies I have done. It was a big learning curve for me with tricky roads and changing conditions.

I feel I can take a lot away from the event, which gives me confidence going into South Australia next month.

On day one, you were forced to change a puncture mid-stage, at a spectator point of all places. Have you had much experience doing this, and how was it with all those eyes fixed on you?

This was only the second time I have had to change a tyre mid-stage since I have started rallying.

It definitely added pressure changing the tyre at a spectator point with everyone watching. I think some more practice will help. 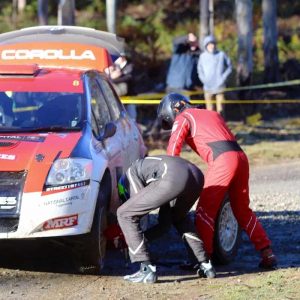 Bates and Dale Moscatt were forced to change a puncture midway through stage three in Tasmania. Photo: Peter Whitten

It was the wettest we’ve seen at the ARC for some years, but you made it through and completed all stages. Have you rallied in conditions as bad as that?

They were definitely the worst conditions I have rallied in.

Having had very little experience in wet conditions, I was very happy to set some competitive stage times and complete the rally. It is great to have Dale Moscatt co-driving, as he is able to provide so much experience in those type of conditions.

Your primary backers, Damesa, have been fantastic for your career, and are also valuable supporters of RallySport Magazine. How important has their support been in your development?

I can't thank Damesa Industries enough for their ongoing support over the last two years. It is great to see them supporting our sport in many ways.

It’s no secret you come from a tremendously successful rally family. What are your earliest rally memories, and were you always destined to get behind the wheel?

I remember going for a ride with Dad in the Group N(P) Corolla when I was seven or eight. I don't think I could see much over the dash, but I thought it was the coolest thing ever.

Harry and I drove buggies and cars around our property from as young as I can remember, and it always got competitive.

When you look at it like that, I think both Harry and I were always going to end up getting behind the wheel. 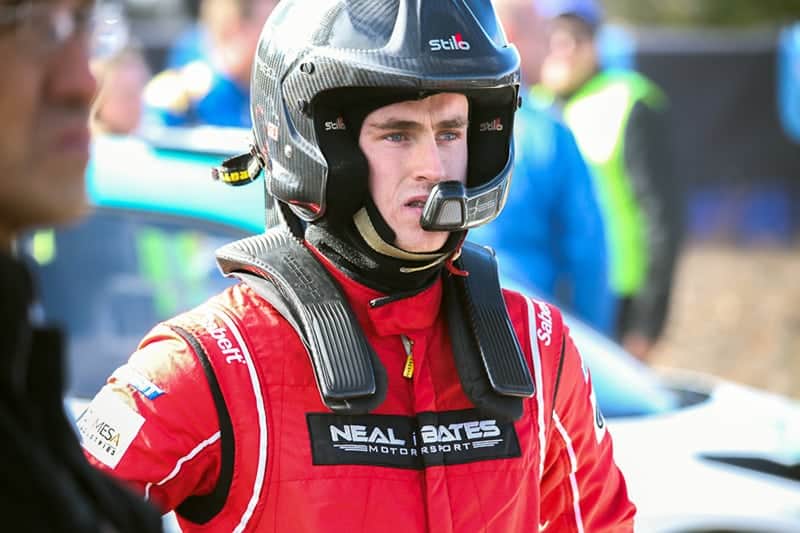 Lewis Bates says he doesn't feel any pressure to follow in his father's or brother's footsteps, and is focussed on learning. Photo: Cori Mitchell

Do you feel pressure to follow in Neal and Harry’s footsteps?

Obviously I look up to both Dad and Harry, but I don't feel any pressure to follow in their footsteps. My aim is to keep doing the best I can and keep learning.

You’re obviously rivals on the stages, but what’s your relationship like with Harry?

We get along very well. We have very similar interests outside of rallying, such as tennis, mountain biking and water skiing. Whatever sport we do together always gets competitive.

Harry is also a big help with my driving. Although we are rivals, we both want to see each other do well! 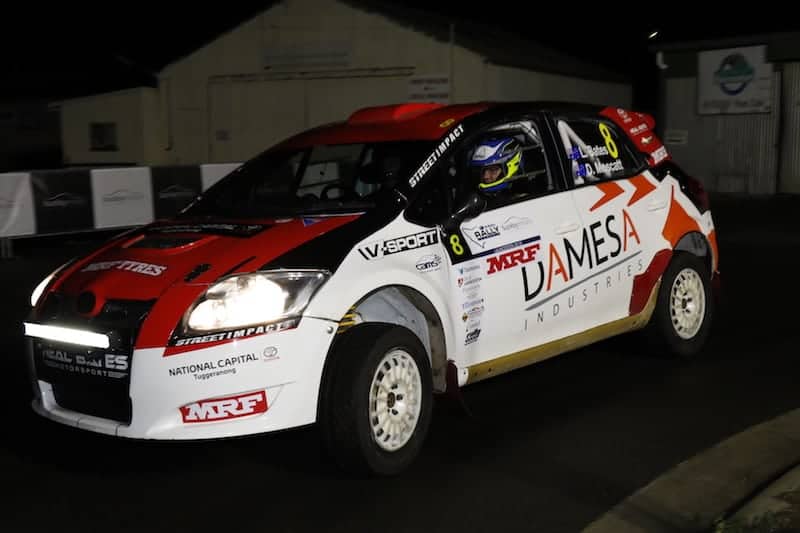 Bates in action on the Super Special Stage in Tasmania. Photo: Peter Whitten

What’s the most valuable piece of advice you’ve been given?

For your future rally development, there will likely need to be a step up from the Toyota Corolla S2000. Do you know what that is yet? Perhaps another AP4 or a move overseas?

I would like to cement myself in Australia before a move overseas. Ideally I would like to make the step up from the S2000 Corolla next year, but at this stage we aren't sure what that will be.