Ross Runnalls has been there and done that in Australian rallying, and shows no signs of stopping just yet.

Australian Rally Champion, Hall of Fame member, event director, ARCom member and much, much more, Runnalls spoke to RallySport Magazine about what keeps him going, and of some of his favourite rallying memories. 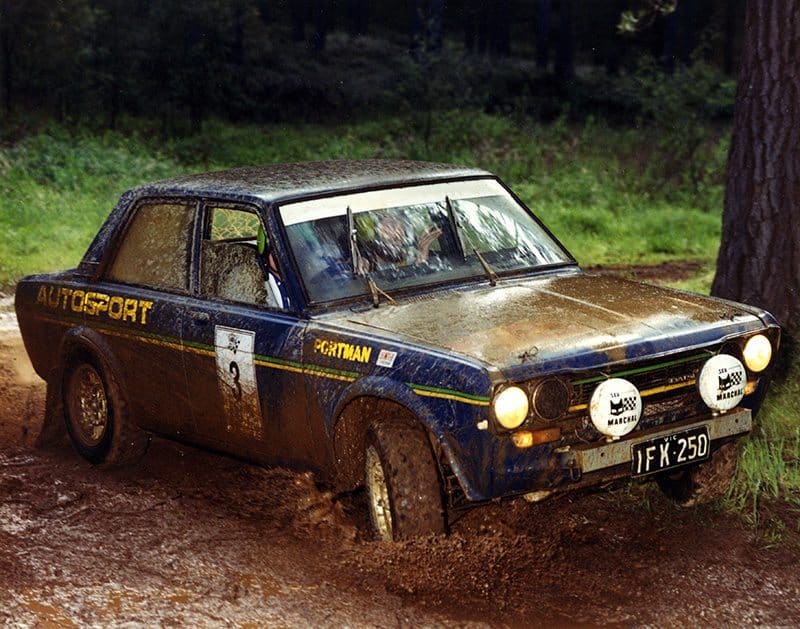 Geoff Portman and Ross Runnalls splash their way through tough conditions in the Alpine Rally.

RSM: Like many in the sport, you’re still heavily involved more than 40 years after you started. What keeps you enthused?

Ross Runnalls: Don’t know. The sport has been good to me. I have experienced success as a competitor, been to some interesting places, and made some great friends.

I do feel that you have to give something back. I haven’t competed for five years, so maybe the enthusiasm is waning.

You’re currently a member of the Australian Rally Commission. What is your role on ARCom, and what are the major challenges facing the sport over the next 5 to 10 years?

I have no specific role, but am now the longest serving member, as there has been a fair turnover in recent years, so I find myself providing some continuity, knowing the historical background to ongoing issues.

I did volunteer to revise the National Rally Code a few years ago. It was in need of updating, and many before me had been daunted by the task. 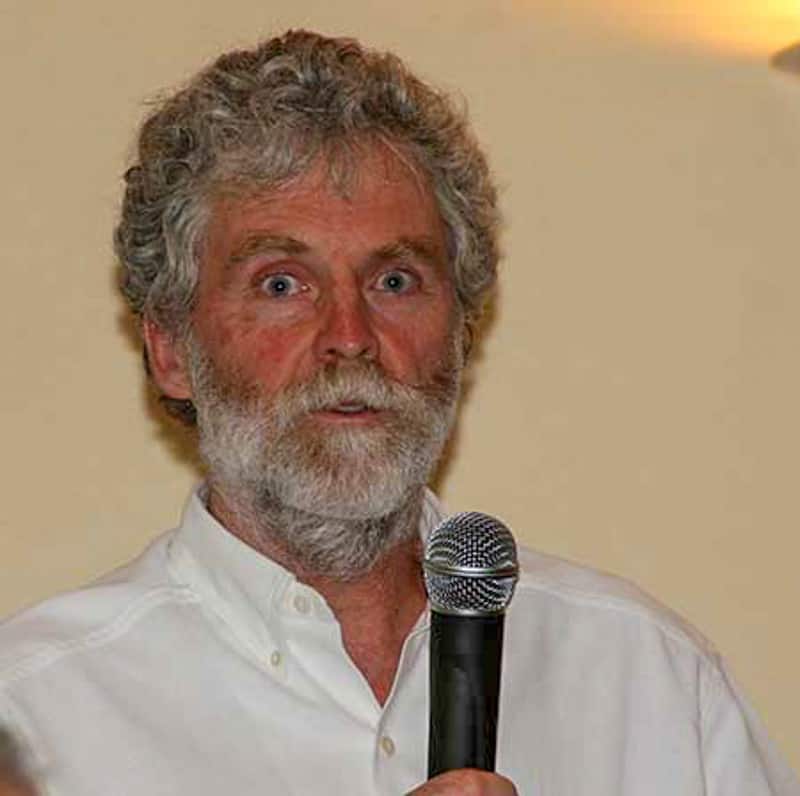 Ross Runnalls is a long-time member of the Australian Rally Commission.

Challenges? You and I are both involved with cricket, so we know that all established sports are competing with lots of alternatives for people’s recreation time.

Everyone seems to want their recreation in smaller chunks of time, so they can do more different things! Unfortunately rallying requires a fair time commitment and it is complex to begin, or continue to be involved with. That is our major challenge.

I am confident that will provide enough incentive for committed people to overcome any obstacle to the sport.

As a long-time director, you still put together a round of the Victorian and NSW rally championships each year. Clearly, planning and organising events is a real passion?

I have always loved perusing maps and plotting the most interesting course possible, whether it be for a rally, a walk, or a trailbike trip in the mountains or the outback.

The rest of organising a rally has to be done so others can enjoy the course I have come up with. I don’t mind working through a complex task, one bit at a time, as organising a rally requires. I also enjoy working in a team, which staging a rally also involves.

Portman, Runnalls and “Grunter”, their Datsun 1600, become cult heroes in Australian rallying in the 70s.

Ross Runnalls and Geoff Portman were a fearsome duo in Australian rallying.

After going backwards into a bank, Portman’s ‘Grunter’ look like a wedge as it won the Alpine Rally.

Stepping back a few years, you and Geoff Portman made a fearsome combination in Australia, winning two Aussie titles and numerous Victorian crowns. What are some of your fondest memories from that era?

The best part was that a couple of students in adjoining rooms in a forestry school dormitory block, got together to go rallying, drew in a lot of mates to help, and experienced success at the highest levels, and without any parental guidance or financial support.

We won our first rally together, and Geoff’s first event, as we were the only crew to enter the final control from the right direction.

We and our service crew were all under 25 years old.  That is still pretty special.

You are regarded as Australia’s greatest ever navigator. Were they skills you worked hard at, or did it come quite naturally to you?

Steady on Pete, that’s a bit over the top!

There were a lot of fine navigators before and during my rime.  I sometimes think that I was the last navigator from the era of rallying off maps.

Part of me would like to have been around in the 60s when the BP Rally ran with its emphasis on endurance, teamwork, challenging roads and navigation. I enjoyed the nostalgia of competing in and organising a few Old BP Rallies.

I always reckoned that my navigation success was because I just enjoyed doing it more than anyone else.  I obviously worked hard at it, but it was never a chore.

I really do like finding my way on a map, whether it be walking through a maze of old laneways in an old city, tramping cross country through forests for work, on the trailbike in outback Australia, or tackling orienteering events, which I have taken up again in the last few years.

Portman was obviously a rare talent, but you also sat beside George Fury, Monster Tajima and Simon Evans. Is there something you can pinpoint that sets the great drivers apart from the good drivers?

Peter Brock won’t mind, but you had better include in that group, Dinta Officer, who I see regularly, and Ed Ordynski, who I will catch up with in a couple of weeks time at a 1995 Round Australia Trial Holden team reunion.

Besides pure ability to drive fast, they have intense concentration, which means they make few mistakes.

The fun bit is that they all have different personalities and mental approaches to their craft.

In that time you have also seen rallying evolve, in terms of both the types of events and the evolution of the cars. What areas of the sport are better (or worse) than they were back in 70s, 80s and 90s?

We can be nostalgic for simpler times past as life continues to become more complex, but we can be thankful for some technological developments, such as improved helmets and intercom systems.  If they were around 40 years ago I might not be as deaf as I am now in certain ranges.

I have not been in too many big crashes, but the standard of rollcages, winged seats, frontal head restraints, driving suits, event medical services and the advent of Rallysafe tracking, now means that those incidents should be less likely, and the outcomes a lot better.

On a lighter note, cars don’t leak dust like they used to, and I wish I had a 4WD SUV to survey in then, as I would not have spent so much time on a Tirfor winch getting out of stuck situations in 2WD. 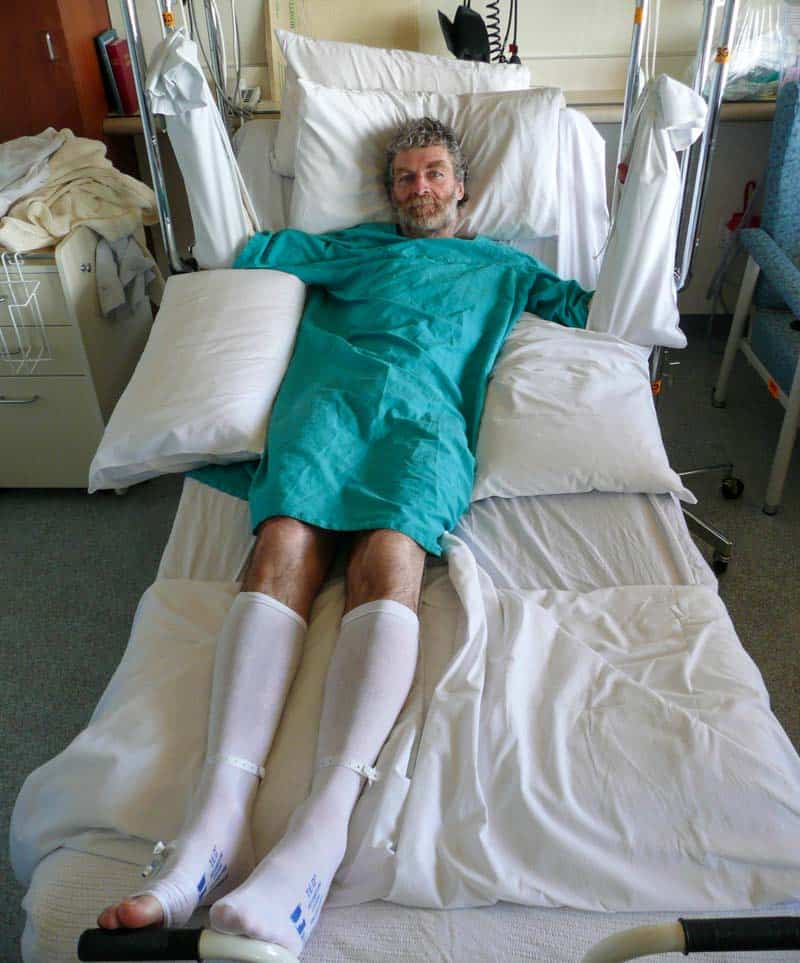 You’ve also been involved as a competitor in motorcycle endurance events, such as the Australian Safari. What is it about those events that gets a navigator excited to compete?

Well, you don’t need a driver as you ride and navigate at the same time.

Riding a trailbike at high speed in Safari country is very exciting.  Make a mistake and you could die.  It really focuses your mind.

I have always seen trailbike riding as a great cross between downhill skiing and rally driving, requiring power and balance.

It hasn’t always been plain sailing though, and you broke both wrists in an accident a few years back. Did that force you to reassess things from a competitive point of view?

I agreed to give up competing on the bike after that, but it was my first bike riding injury.

All of my riding companions who were younger seemed to have already broken limbs many years earlier.  I was 53 at the time.

Riding trail bikes is a passion of Runnalls, although his competitive appearances have come to an end.

Navigating for Victorian Graham Alexander in the famed East African Safari Rally in a Datsun 240Z.

What does Ross Runnalls have planned for the future? Can you see a return to the co-driver’s seat, or does your future remain in organising and administration?

I am always open to an interesting event to compete in.

In 2016 I came up with the Mitta Mountain Rally to fill a hole in the Victorian rally calendar, as I thought there were some great roads in the area, and Mitta Mitta is a great little town.

Two car clubs have combined forces to put on the event.  We are trying to run a “sustainable” event with a collective team that spreads the workload and does not burn out key individuals.

I had hoped that I could bow out completely, but the team won’t let me.  We have run four events and the team is still enjoying it.

My current term on ARCom expires at the end of this year, and I will not be renominating as 12 years is enough.  It is time to let those who will be involved in the future, shape it.

It is time for me to move on and plan more long distant walks here and overseas with my wife, play a full cricket season, and sneak in more bike trips. 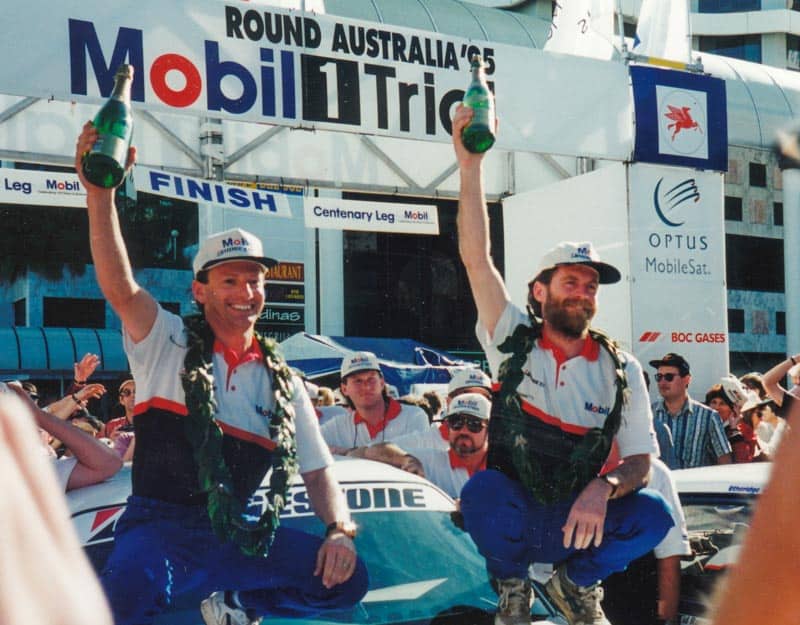 Celebrating victory in the 1995 Round Australia Trial with Ed Ordynski.