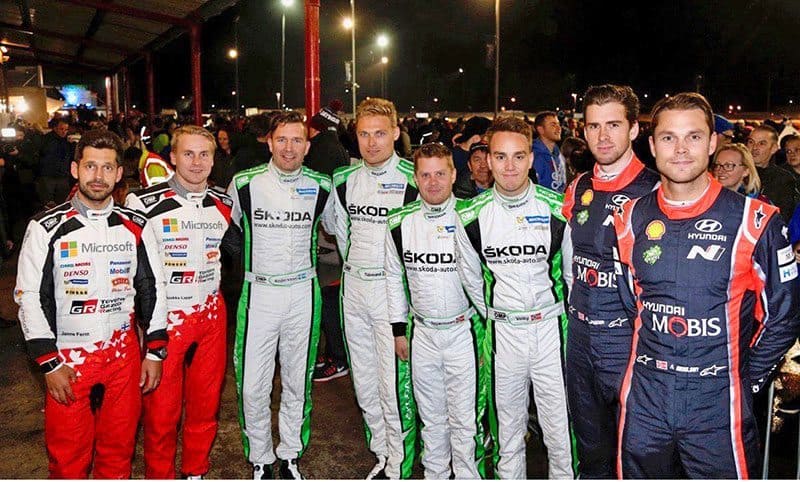 Closest to his heart of course was his son, Ole Christian Veiby (OC), on his debut appearance in the full works Skoda WRC2 team.

“There is nothing clear at the moment for OC beyond Wales Rally GB, but hopes are high. I think everybody understands that Skoda Motorsport has some interest in him, but it is not up to us.

“We have a very good cooperation with Skoda, we have had for many years, with Andreas (Mikkelsen) in Skoda UK and Esapekka and Pontus.

“I think they know how Even Management works and OC was to do Asia Pacific for them, he’s nominated by Skoda to do that. We hope for a good future for him.” 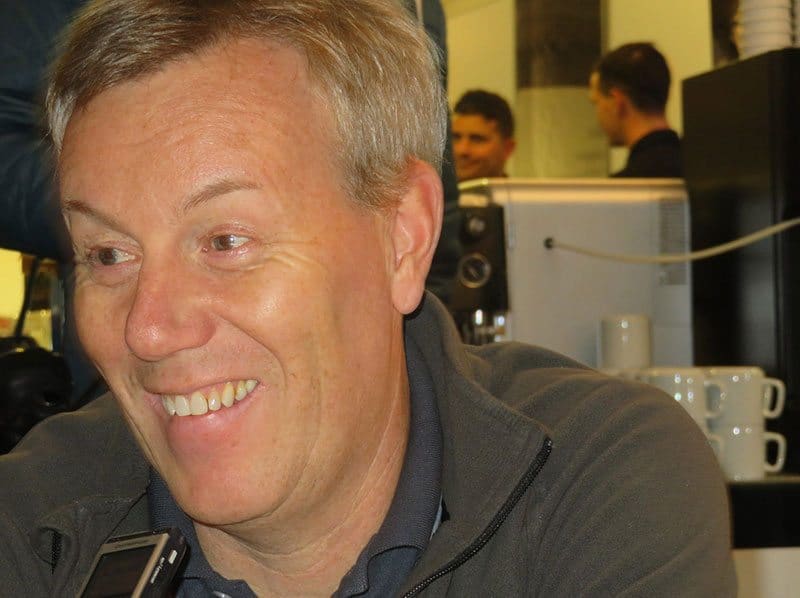 Well established is Veiby’s association with the privately run Finnish Printsport team who have frequently run cars for his drivers, and who are based close to the Ruuhimaki Neste Rally Finland stage.

“In the last five years Printsport have become exceptional, first really well known when Esapekka Lappi arrived. I think the biggest secret about Printsport is that they are hard working guys with great passion for the sport and especially Eero Raikkonen, the owner.

“He runs the team on every event. His way of doing everything is in a cheap but professional way. So that’s why we like them and we work with them.

“Eero has been a rally driver himself so he knows the sport and he’s very good with the young drivers. He knows how to coach them a bit, how to analyse their driving with the young ones. Eero has really helped OC a lot.

“It’s a completely private team. They own their cars and they run their own business. We have used them now for three years, first with the Citroen in the Junior (WRC) for two years, and now this year with the R5.”

Looking back at OC this year, what has been his greatest achievement? His results in Asia Pacific?

“I think his biggest thing was to actually beat Pontus (Tidemand) in a fair fight in Poland, a high speed rally where Pontus was in the factory car and we were in a private car. I think that was his breakthrough.” 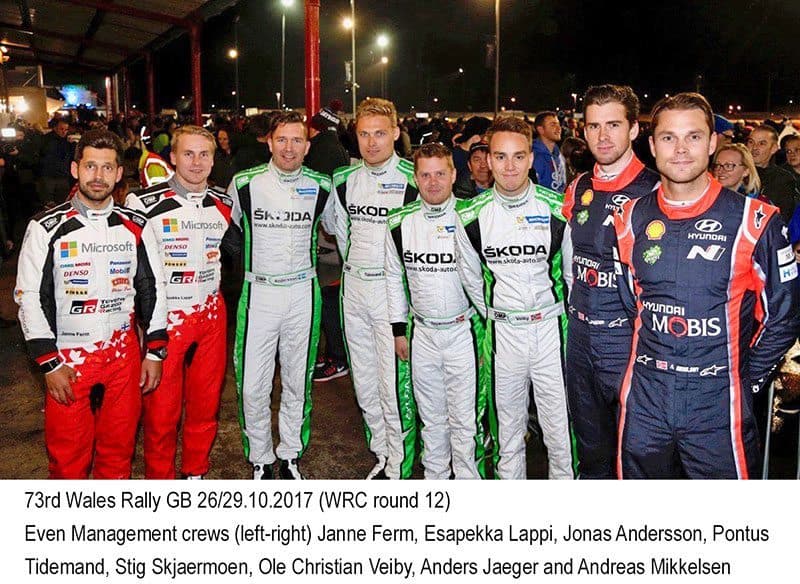 And your other drivers. Does Andreas Mikkelsen now feel happy, settled?

“Andreas is very happy to be at Hyundai. This is a very professional team. It’s a big team. They have resources, they have a good strong car.”

“We are not certain where we can find him next year. We want for him to have some outings in 2017 WRCar. Frustrating when you are a champion and you don’t know!

“There is nothing automatic about being a champion, but as you know Pontus is Asia Pacific Champion, he’s a Junior champion and now WRC2 champion. He has the skills, we just have to work hard to find him a good place.”

“I have to say that EP is a future world champion. He has something special. He’s so determined. He has an easy, smart driving style, going straight into the corner in the modern driving style. I have to say his personality shows he just wants to win.”