J-Sport Rally Team driver, JJ Hatton, has made a stunning return to rallying by taking fourth place in the final round of the Victorian Rally Championship.

In his first rally in over a year, the Sydneysider put in a stellar performance in his Hyundai i20 with stand-in co-driver, Brad Jones, calling the pacenotes.

Hatton was seeded 10th in the 60 car field, but quickly set about moving up the leaderboard on the first four stages of the Gippsland Rally.

The event contained four stages run twice, with each set of four tests broken into Heat 1 and Heat 2.

The Irishman knew that his absence from the driver’s seat would mean that he would be a little slow out of the blocks, but by the end of Heat 1 he was in sixth place.

On the second pass of the stages, when the road surface was quite a bit cleaner, he improved his stage times on the repeat runs by as much as 16 seconds, as the recently rebuilt Hyundai performed faultlessly.

A brilliant second place in Heat 2 elevated Hatton and Jones to fourth overall for the Gippsland Rally.

“I was using the rally to get some seat time after being out of the car for so long, so wasn’t really too concerned about the result,” Hatton said.

“However, we had a good run other than some brake problems in stages four and eight where we literally had no brakes for much of the stage.” 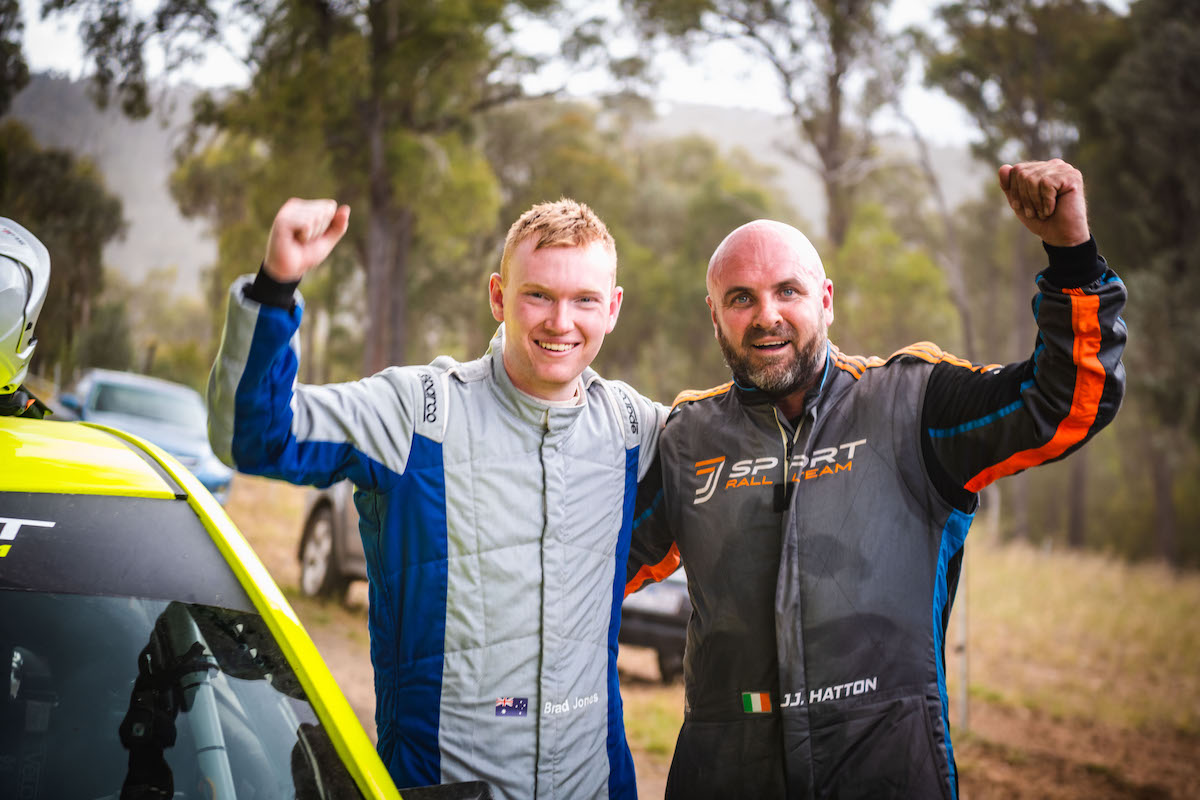 The problem arose after a very small liaison section between the end of stage 3/7 and the start of stage 4/8. The brakes didn’t have time to cool down sufficiently, and as a result, they overheated and weren’t functional at the start of the following stage.

“Other than that we had a really great day,” Hatton added.

“Brad did a great job in the co-driver’s seat and it was a great way to finish the year.

With the rally season now coming to a close, Hatton will now prepare for 2022 where he will begin his campaign with the National Capital Rally in April, the first round of the Australian and New South Wales rally championships.

“I don’t have a full program locked in, but I’ll do Canberra and see where we head from there,” he added.

The J-Sport Rally Team Hyundai i20 G4 was again prepared by Activ Rallysport.