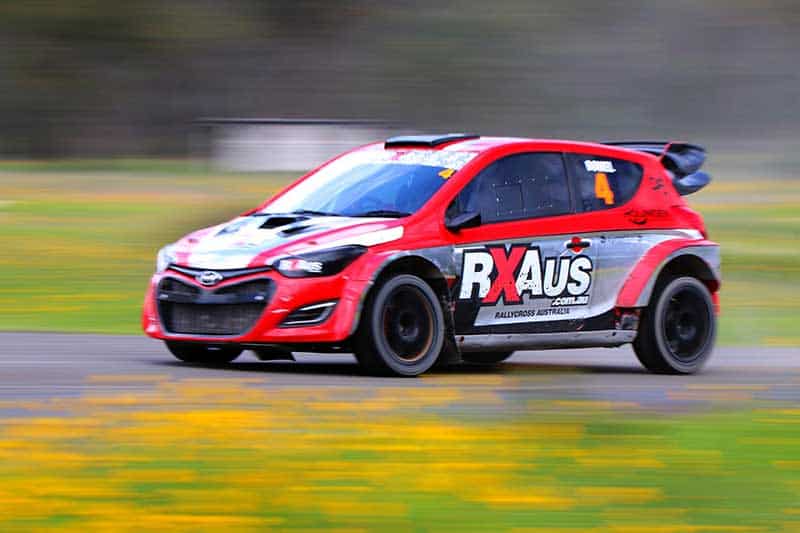 Justin Dowel is the RXAus Champion for 2017.

Justin Dowel has sealed the 2017 RXAus.com.au Australian RallyCross Championship title, while Will Orders stormed to victory in the final round held at Carnell Raceway near Stanthorpe in Queensland.

Dowel, already a previous winner of the Australian Rally Championship, sealed the title with a consistent performance across the heat races – including a stirring victory over Orders in the third heat by just 0.0063s.

With the championship sealed he had to play second fiddle to his rival in the main races but still walked away from the season with a 98-point winning margin in the series.

For his part, Orders overhauled Troy Dowel for second in the championship in the final round, turning a six-point disadvantage entering the event into a 19-point advantage by the end of the day.

Orders won two heats, the final and Super Final to take the round victory, while Justin Dowel edged out teenage son Troy Dowel for the final steps on the round six podium. 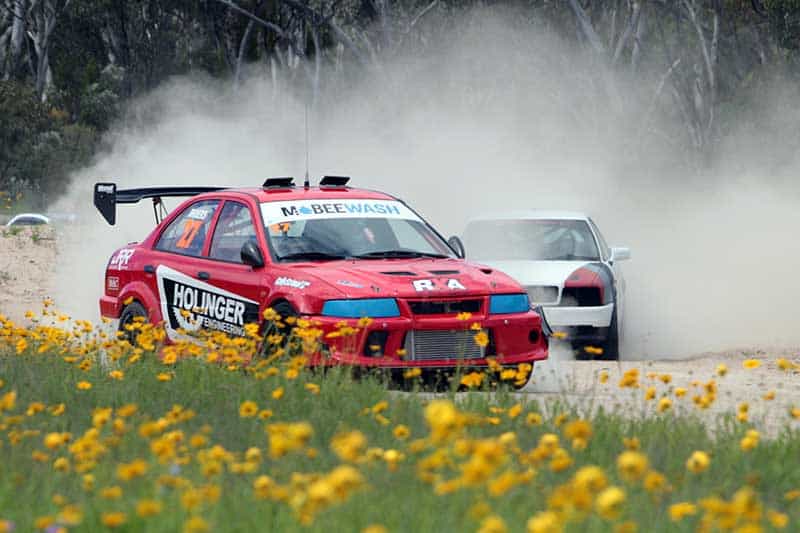 Will Orders overhauled Troy Dowel for second in the championship.

Troy, however, won the 2WD class after a superb performance in the SuperFinal over class champion, Mike Conway.

Conway started his weekend strongly with wins in all three heats, however a non-finish in the final hurt his grid position for the SuperFinal, Dowel too strong in the 6-lap season finale’.

Dowel had done enough to seal the title following the second of three heat races and then celebrated his championship with a stunning victory in the third heat, fending off a late-race challenge from Orders in yet another side-by-side finish between the pair.

“It was a good battle with Will. He’s a world class driver and we’ve had some ding-dong battles. Today we didn’t quite have enough for him,” Dowel said.

“All year we’ve been neck-and-neck and I’m already looking forward to next year when hopefully there’ll be another three, four or five ‘Supercars’ (Open class AWD cars) running and it will be even harder to win.

“A lot of people had doubts that the series would continue give RallyCross has had a few starts here, but people gained trust and really enjoyed watching the racing. It’s definitely the most entertaining form of motorsport there is.” 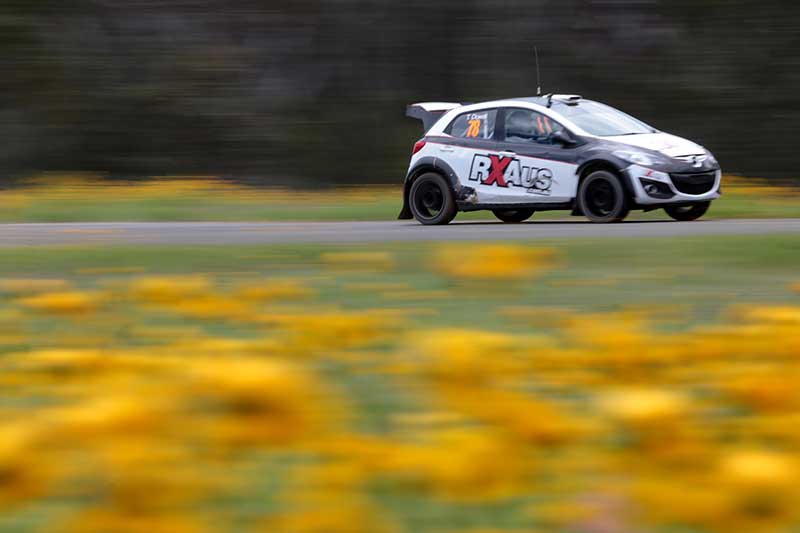 Round winner Orders said he was pleased to hit the end of the year on a high.

“We got it right at the end, it’s just a shame about some of the dramas throughout – but it was a good way to finish,” he said.

“I wanted to come here and grab second in the championship, and to do it in that way with a great win was satisfying.”

Troy Dowel was justifiably pleased with his superb victory in the two-wheel-drive class.

“I knew I couldn’t take the foot off because Mike would be there all the time. There was a lot of pressure and I had to stay focussed all the way – it was great to get there in the end,” he said.

“It’s a really good result and a great way to end the season.”

The road to the SuperFinals produced the usually competitive heat and finals racing the RXAus series has been noted for this year.

Mike Conway swept his way to victories in each of the three 2WD heats, with Troy Dowel (Mazda 2) and Scott Anderson (VW Polo) swapping second and third in the first two.

Anderson then failed to finish the third heat after making light contact with a temporary barrier on the final lap.

Orders won the first two heats comfortably, before Dowel struck in the third. Troy Dowel – driving a different VW Polo this weekend – was a consistent and competitive third in each with Mick Ashby fourth.

Conway had then looked set to continue his winning ways into the 2WD Class Final, however pulled into the pits mid-race with mechanical issues.

That handed the win to Troy Dowel, edging out Scott Anderson with Ron Bustard third.

Dates for an expanded 2018 RXAus Series will be announced in due course.