Sydney businessman Adam Kaplan has taken outright victory in the second round of the 2016 Australian Tarmac Rally Championship, doing battle with rain, fog, sleet and snow on the way to the achievement.

Adam Kaplan on his way to winning the Lake Mountain Sprint. (JPK Event Photography)Kaplan and co-driver Mary Hughes brought their 1985 Mazda RX 7 home in first place in the Lake Mountain Sprint, despite their gearbox almost giving up the ghost on the final stage. They came home ahead of Canberra’s Max Williams and Bruce Bush in an Audi TT RS while Hobart’s Tim O’Connor and Steve Glenney (2006 Subaru WRX STi) finished third in the battle for outright honours.

In the classic division, victory (and eighth outright) went to Melbourne’s Rob Devenish and Nick Du Plessis and their 1970 Datsun 240Z. They finished ahead of Mark Hammond from the NSW Central West and Lisa Dunkerton in their 1980 Jaguar XJS. Adelaide’s Tim Pryzibilla and Dainis Silins (1983 Porsche 911 Carrera RS) were third.

The event in Victoria’s Yarra Ranges National Park was run in mixed conditions over the weekend (May 28-29), with rain, fog, sleet and some snow forcing the downgrading of several stages on Saturday, before conditions became much drier for Sunday.

The route was made up of 16 closed road special stages, run from Marysville to Cumberland Junction (on the Warburton/Woods Point Road) as well as up and down the access road between Marysville and the summit of Lake Mountain.

“It was definitely an event with the most challenging road conditions I have ever seen,” Kaplan said.

“Very scary, because you literally didn’t know what was around the next corner, but the car got through. That in itself was fantastic, because on the second last run we had a very bad engine miss.

“It didn’t seem to hinder us too badly but it felt like it was, and then on the last stage, we blew third gear in the gearbox. We arrived at the finish line making awful noises, but we made it, in one piece, and in first place. I’ve been procrastinating about a new gearbox and now I have no choice, so there will be a new gearbox for the next event!”

Rob Devenish, who took the honours in the classic category, says finishing a rally is always good, so finishing first is even better.

“We had a good event, aside from a spin on the mountain on Saturday where we knocked the front of the car around a bit,” Devenish said.

“My son Daniel made sure the wheels were pointing forward again and after that it was all good. It’s our first time doing an ATRC event and we’re keen to come back for the next one.

“We just loved the format and the RaceSolutions team who manage the competition and the safety of the event did a great job. And there are good people competing too – everyone gets on so well. We really enjoyed it.”

It was a difficult weekend for the 2015 ATRC champions: Craig Dean and Jenny Cole finished sixth outright in their Mustang which struggled in the slippery conditions, while last year’s classic stars Laurie Burton and Russell Hannah had an offroad excursion in their Datsun 260Z in Saturday’s treacherous weather. Both will be back in action at the next round.

Four events make up the ATRC title battle, all of which are run through alpine country. Given the approach of the winter ski season, the next round is not until the weekend of September 24-25 – the Snowy River Sprint, based at Lakes Entrance. The 2016 ‘grand final’ – the Great Tarmac Rally – will be run on December 10-11. Like last weekend’s event, it is based at Marysville, in the Yarra Valley/Yarra Ranges region.

Aside from full competition for modern (modified), classic (pre-1982) and showroom-spec vehicles which meet tarmac rally specifications, the series also offers a regularity category (competing to a specified time) and a touring category, both for entrants without full spec rally cars.

Eighteen ‘rookies’ tested their tarmac rallying potential in the event’s ‘touring category’, in which would-be competitors can enter their road car and enjoy the safety of the closed roads at a ‘spirited speed’, following an experienced rally driver across the course. Touring car racer Phil Brock was in charge of training the ‘trainees’. 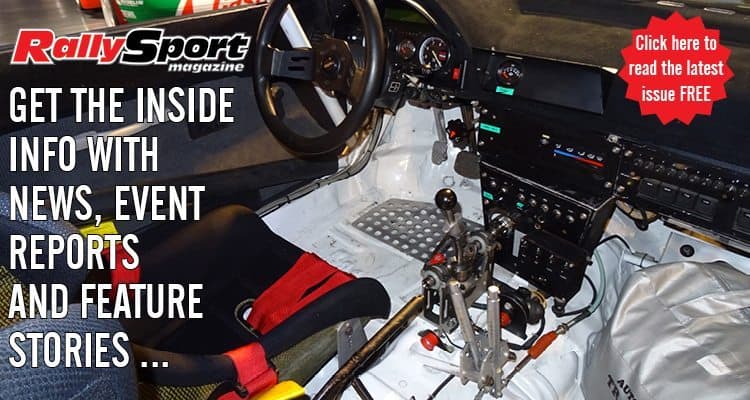