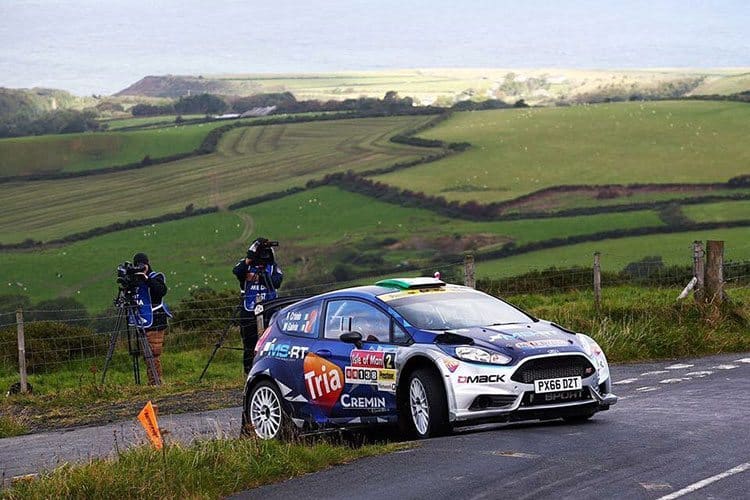 Keith Cronin won his fourth British title after victory on the Manx Rally.

Swedish driver Fredrik Ahlin finished third on both parts, finishing third place on both rounds after leading the series after the first part.

He lost time with a spin on cold tyres, after crews were delayed at the start of a previous stage which was then cancelled.

Cronin led from start to finish, while fellow Irishman Opel Adam driver, Callum Devine, won the British Championship Junior category on the event, and the Junior title as well. He pulled ahead of William Creighton who had a puncture.

Fiesta R5 driver Matthew Edwards finished second on both parts of the event, on the second round being beaten on the final stage by Cronin, by 0.1 second.