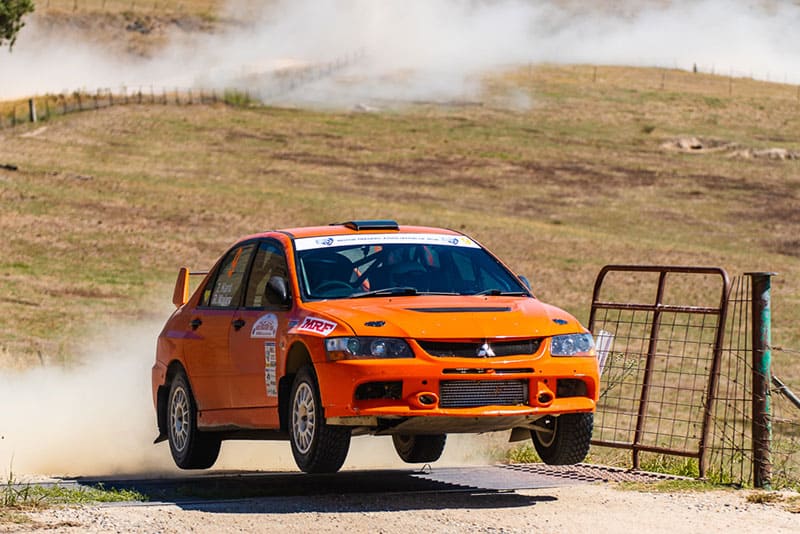 Tristan Kent and Roberts Males won the opening round of the CAMS Hino Geelong Victorian Rally Championship at the Border Oils and Batteries Mitta Mountain Rally on Saturday, March 2 aboard their Mitsubishi Lancer Evolution IX.

Richard Shimmon and Jim Gleeson in a similar Lancer were a distant second, almost three minutes adrift with Ivan Register and Paul Humm rounding out the podium in a Subaru.

Conducted in the Victorian High Country, the event, features the longest stage of the year at 55km in length.

Its demanding roads combined with the oppressive heat made for a battle of survival and maintained its reputation as one of the toughest events on the calendar.

Of the 40 competitors that started the day, 12 failed to see the finish, while plenty of others encountered issues throughout the day.

Tom Clarke and Ryan Preston’s (Mitsubishi) defense of their victory at the same event 12 months ago ended abruptly, when spinning out and getting stuck early in SS2.

Further along the same stage Arron Windus’ challenge came to a halt, while Jason Giddins and Katie Fletcher also retired one stage later after a big crash. 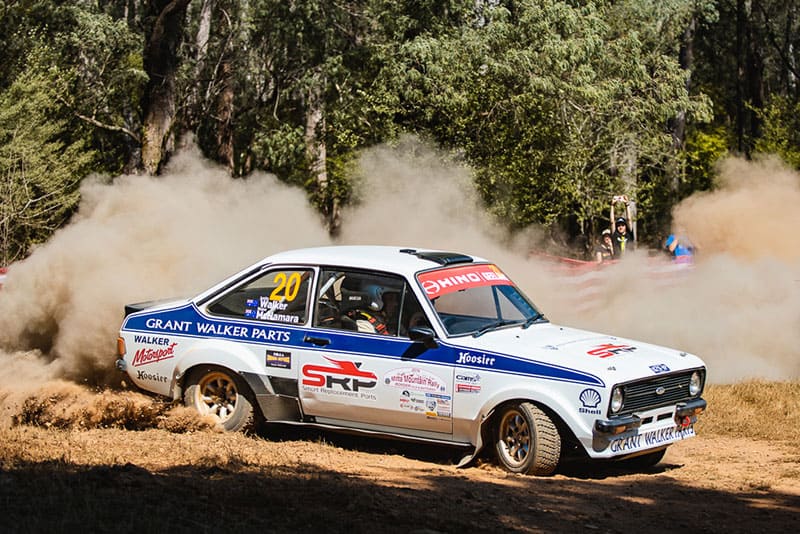 In 2WD, Justin Walker picked up where his father Grant (2018 2WD champion) left off as he and co-driver Blaise McNamara snatched victory in a Ford Escort RS1800.

Earlier on, Luke Sytema and Adam Wright held the advantage in 2WD going into the last stage, but a flat tyre and subsequent dust following the car in-front when they rejoined dropped them to third. 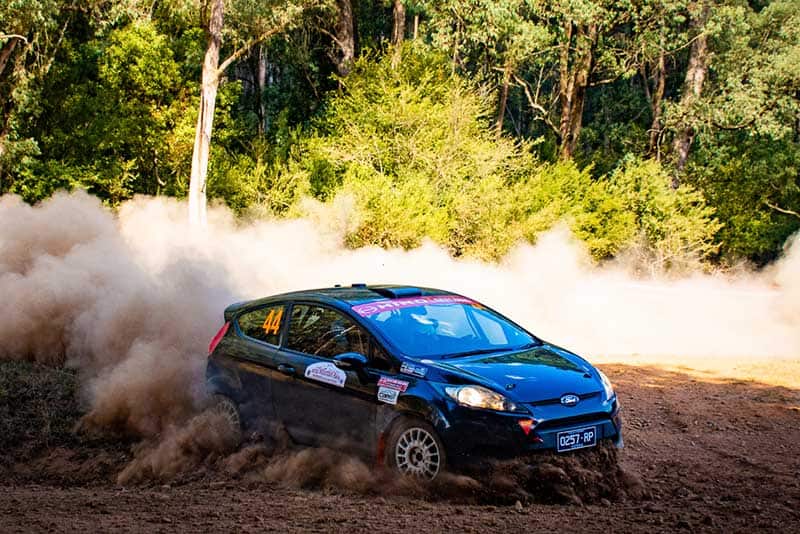 Nick Seymour was too good in the Fiesta challenge. Photo: Wishart Media

For much of the rally, one of the closest battles was in the Fiesta series. Nick Seymour and Ognjen Jovanovic eventually took a comfortable win over Barney Hogan/Stuart Burgess, but little separated the two going into the final stage.

Hogan won the opening stage of the day, before Seymour narrowed the deficit to 10 seconds at the completion of the fast SS3.

Another win on SS4 put them into the lead with a narrow 19 second margin and held on to take maximum points. 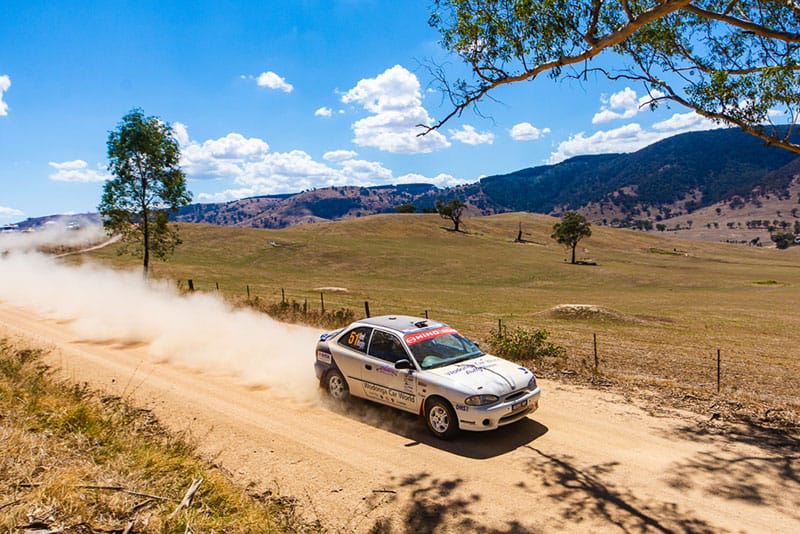 Making his championship debut, teenager Lochlan Reed took a clean sweep of stage victories on his way to winning the entry level series of the VRC with experienced co-driver Will Murphy calling the notes.

A commanding win on SS1 settled the nerves and the pair didn’t look back as they topped the leaderboard by day’s end.

The CAMS Hino Geelong Victorian Rally Championship moves to pace notes for the next round at the Ada River Rally in the Yarra Ranges on March 31.

*All results are provisional. See the full event results HERE.